Dr France Gerard announces the start of an exciting three-year project called PARAGUAS, a collaboration between UK and Colombian researchers to investigate how plants and people influence the water storage capacity of the Páramos, an important mountain biome found in the Northern Andean regions...

In June 2018 the Natural Environment Research Council (NERC) and the Arts and Humanities Research Council (AHRC) jointly awarded funding to five UK projects under the Newton-Caldas funded Colombia-Bio programme. Shortly after, the Colombian Department of Science, Technology and Innovation (Colciencias) awarded funding to 24 smaller Colombian projects under the same programme.

Our project PARAGUAS - "How do the Páramos store water? The role of plants and people" is one of the five UK-funded projects. 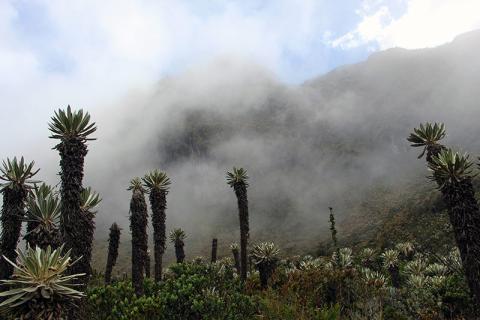 PARAGUAS is a three-year project that will study Páramos in Colombia: it will investigate how the diversity of habitats and plants found within the Páramos contribute to water regulation and provision and how local inhabitants interact with a particular Páramo. It started officially on 1st August 2018.

A two-day meeting held at CEH’s Wallingford site (Oxfordshire, UK) on 27th and 28th September 2018 and a one-day meeting at the Humboldt Institute in Bogotá, Colombia on 8th October 2018 brought our project team together for the first time, kick-starting PARAGUAS. The meetings gave the team the opportunity to get to know each other and discuss the project plan in detail. 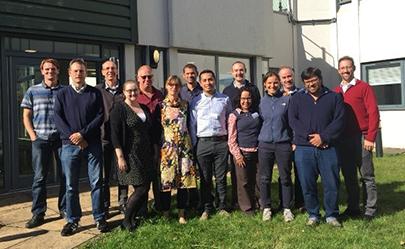 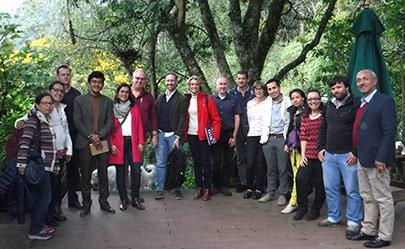 There was a real buzz of excitement during the meetings and the subsequent Colombia-Bio integration workshop in Bogotá (Colombia) on 9th and 10th October 2018 organised by NERC, AHRC and Colciencias. Nine PARAGUAS team members attended the workshop, taking every opportunity to establish links and discuss collaborations with the other Colombia-Bio funded projects. 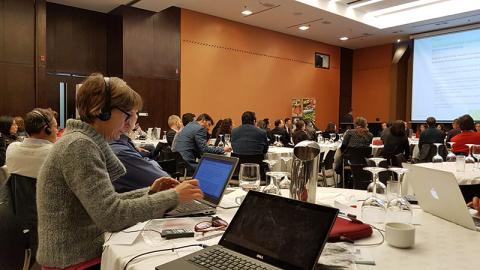 Our PARAGUAS team is multi-disciplinary and covers expertise in:

Our Colombian partners provide invaluable local knowledge and expertise including:

Páramos are unique and highly diverse high mountain grassland-peatland biomes found in the Northern Andean regions, covering a total area of 35,700km2. They are found in Colombia, Venezuela, Ecuador and Peru and are crucial for the livelihoods and wellbeing of millions of people. They are important spiritual landscapes, are the main source of water in these regions and are used for crop cultivation and grazing. They also contain a unique source of untapped genetic diversity. 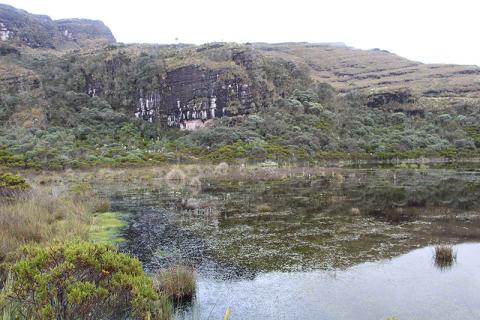 Páramos are crucial for the livelihoods and wellbeing of millions of people (Photo © Maurizio Diazgranados, Royal Botanic Gardens Kew)

While the Páramos have the potential to support local and regional development, through the exploitation of its biodiversity, the combined pressure of land use and climate change has already degraded many Páramo areas and their potential demise is a cause for concern for many, including local communities, regional and national policy and decision makers and researchers. All agree that any future exploitation requires a sustainable approach and that the management of these systems should enhance the Páramo’s resilience to climate change.

...the combined pressure of land use and climate change has already degraded many Páramo areas and their potential demise is a cause for concern...

There is still very much which is not known about the functioning of the Páramos and without this knowledge there is a risk that interventions which are designed to achieve sustainability and enhance resilience are not effective or, worse, are detrimental.

Páramos are described as sponges that capture and store water from the atmosphere. But few quantitative studies have investigated the mechanisms behind this process and even less is known about the relative role of the plants and the soil of this complex system. Also, Páramos are socio-ecological systems that have been shaped by the human populations that have inhabited them over several centuries. This interaction is continuing, with some local communities relying solely on the Páramo for their livelihoods.

PARAGUAS will establish how the diversity of habitats and of plants within the Páramos contributes to water regulation, via direct storage in live and dead vegetation and via the supply of organic matter in the soil. The project will also identify how local Páramo inhabitants, particularly crop and livestock farmers, interact currently with the Páramo ecosystem through their day-to-day farming practices.

The PARAGUAS project is supported by the Newton-Caldas Fund and funded by the NERC and AHRC [grant number NE/R017654/1].