As COP15 reaches its conclusion, Dr Nick Isaac discusses how we can avoid repeating the failure of previous biodiversity targets...

The UN biodiversity conference, COP15, is now deep into the crucial second week. Governments from around the world have converged upon Montréal to hammer out the fine print of a new Global Biodiversity Framework. The centrepiece of this framework will be a suite of targets for conservation action and biodiversity outcomes over the coming decades. More than 1,200 scientists from around the world have signed an open letter arguing that COP15 must produce ambitious targets for 2030 in order to motivate action on the scale necessary to recover nature by 2050.

Of course, biodiversity targets are not new. Two decades ago, at COP6, governments committed themselves to achieve a significant reduction in the rate of biodiversity loss by 2010. When that target was not met, COP10 agreed a set of to 20 targets to be met by 2020, known as the Aichi Targets. None of these targets have been fully met.

Meanwhile we have continued to see an alarming decline in biodiversity as a result of human activity, with an estimated one million plant and animal species now threatened with extinction – species on which humans depend for food, materials and medicine.

We are therefore at a critical juncture for biodiversity. How can we set targets that will really help us to bend the curve of biodiversity loss?

The failure of the Aichi targets has been attributed to a host of reasons. The targets were criticised for being overly complex and ambiguous, so a key measure of success for COP15 is that the new targets are both specific and measurable. Another reason is that the targets were poorly integrated into national biodiversity plans. Action for biodiversity has been seen as the exclusive responsibility of environment ministries, in stark contrast with climate change policy, which has become part of the mainstream in governments across the world.

In this context, it’s striking that some nations have taken the initiative in advance of COP15. In November 2021, the UK government passed the landmark Environment Act for England, which included a commitment to halt the loss of species abundance by 2030. This made England the first country in the world to set a legally-binding target for biodiversity.

The Environment Act 2021 also sets longer-term, statutory targets for biodiversity, as well as air quality, water quality and waste reduction. The details of those targets have now been published, including that species abundance should be at least 10% higher in 2042 than 2030.

If both the 2030 and 2042 targets were achieved, it would mean that species abundance in 2042 would be only slightly higher than in 2022. On the face of it, this doesn’t sound very ambitious or inspiring. However, it is ambitious and challenging when placed into the context of the recent trend in species abundance in England, which is a decline of 2% per year since 2000.

Placing the targets onto a legal footing is potentially a game-changing development for biodiversity. The Climate Change Act 2008 included a legally-binding target for UK greenhouse gas emissions, which has been instrumental in generating coordinated action across public and private sectors. However, it also creates jeopardy for the Government, because they could be taken to court if the targets are not met. For this reason, we should expect legally-binding targets to be less ambitious than non-binding ones.

Dr. Nick Isaac
Macroecologist
Dr Nick Isaac is a biodiversity scientist at the UK Centre for Ecology & Hydrology with extensive experience of working at the science-policy interface. He works with UK and devolved governments to develop better ways to measure biodiversity using indicators and to evaluate the effectiveness of biodiversity policies.
Dr. Nick Isaac's Blog 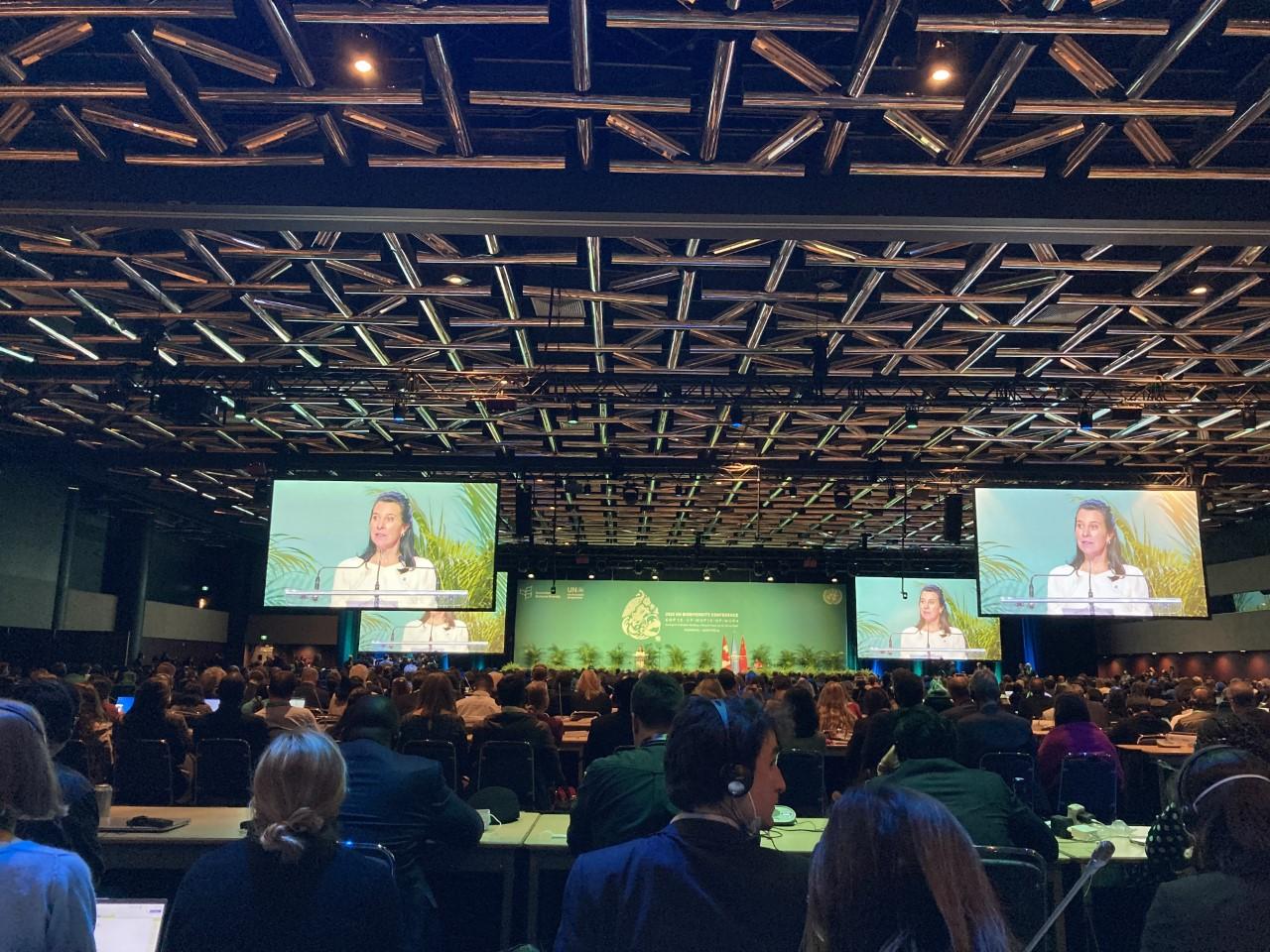 Inside the plenary conference at COP15