A new project involving the UK Centre for Ecology & Hydrology (UKCEH) will support Britain’s towns and cities as they adapt to the impacts of climate change.

The initiative, bringing together experts in a range of disciplines, aims to ‘reclaim forgotten cities’, and particularly focus on areas with severe pockets of deprivation or which have not traditionally received investment for research and innovation.

The RECLAIM network will share lessons from UK cities that have found innovative ways to include trees, other plants and water features in their urban infrastructure, as well as funding a series of small projects to better understand how urban ‘green’ and ‘blue’ spaces can reduce the effects of flooding, heat stress and air pollution. It will be a 'one-stop-shop’ for communities to find the information and advice they need to install natural features in their local areas.

Professor Laurence Jones of UKCEH, a co-investigator of the project, says: “RECLAIM will investigate the effectiveness of retrofitting solutions such as green roofs, green walls and façades, vegetated tracks and rooftop rainwater harvesting to make cities resistant to hazards caused by climate change.”

The RECLAIM network has been awarded £1.2 million from the Engineering and Physical Sciences Research Council (EPSRC), part of UK Research and Innovation.

Led by the University of Surrey, with UKCEH and the Universities of Bath, Bangor and Warwick, it already has more than 40 academic, non-academic and industrial partners, including researchers, artists, businesses, local authorities and policymakers. The network will promote the sharing of skills, and put towns and cities in touch with others who have similar experiences.

Professor Prashant Kumar of the University of Surrey, Principal Investigator of RECLAIM, says: "People living in deprived areas tend to suffer the most from air pollution and summer heatwaves and don't always have access to safe green areas near their homes. These cities want to create nature-based solutions like green roofs but don't know where to start.”

UK Research and Innovation is investing a total of £3.6 million in three networks to improve economic and social wellbeing in Britain and create more sustainable, resilient, communities. The initiative will support key UK Government strategies, including achieving net zero carbon emissions and the Levelling Up Agenda, which will shift focus and resources to Britain’s ‘forgotten communities’ throughout this decade. 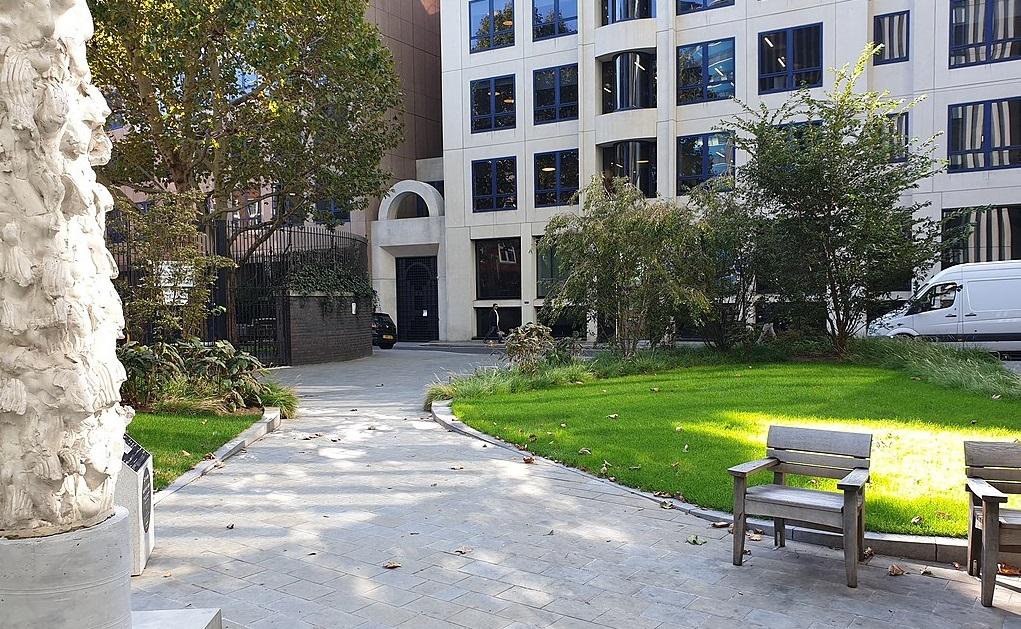 Mitre Square in London is seen as a good example of a new urban green space. The multi-functional area was co-designed with the local community.
Photo: Roschue via Wikimedia Commons