The UK Centre for Ecology & Hydrology (UKCEH) has used high-resolution satellite technology to map the landscape throughout Great Britain in more detail than ever before.

It has produced the first land cover map to identify broad habitats at a resolution of 10 metres across the length and breadth of the country. Previously, the highest resolution available for Great Britain was 20 metres.

The latest UKCEH Land Cover Map, based on data from the year 2020, identifies 21 types of broad habitats, including grasslands, arable, water, woodlands, urban and suburban.

The first UKCEH satellite-derived map represents 1990. Since then seven more have been produced, and from now on new land cover maps will be released annually. They have become essential tools for government agencies, water companies, land managers, NGOs and researchers who need information about the state of the British landscape, locally or nationally, and how it is changing.

Each pixel on UKCEH’s 2020 map represents a 10m square of land, exploiting the maximum resolution available from the Sentinel-2 satellites operated by the European Space Agency.

Dr Daniel Morton, who leads UKCEH’s land cover mapping, says: “At a resolution of 10 metres, you can now identify narrow features of the landscape such as hedgerows or smaller waterways that were missing in previous maps. Having more localised detail about habitats, for example, will be helpful for conservationists interested in improving habitat connectivity.”

In keeping with previous years there is also a polygon map depicting land parcels with a minimum size of 0.5 hectares, and derived from this a 25m pixel map.

The Land Cover Map 2020 complements UKCEH’s existing products representing 1990, 2000, 2007, 2015, 2017, 2018, and 2019. Their detailed information about what habitats there are and where across the UK’s land surface is crucial for planning both developments and environmental improvements.

Dr Morton says: “UKCEH’s Land Cover Maps series enables researchers and other users to look maps from different years and see how the landscape has changed over time, from a field to national scale. This will help track the UK’s progress towards its net zero, afforestation and biodiversity targets, as well as giving us greater ability to monitor vegetation responses to climate and land use changes plus extreme weather events.” 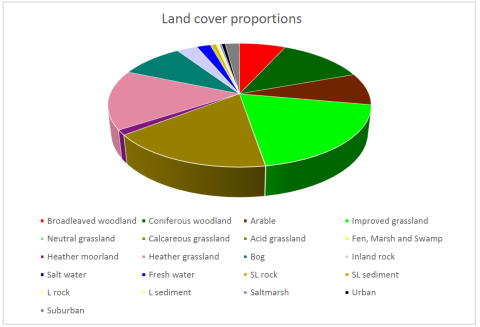 Data from the Land Cover Map 2020 show the broad habitat covering the highest geographical area is 'improved grassland’ – land that is intensively managed for farming. It covers almost 29 per cent of Great Britain’s total land surface, while the second highest, arable, covers around 23 per cent. The two broad habitats for woodland – coniferous and broadleaved – cover a total of almost 14 per cent of Great Britain’s land area, while urban and suburban combined account for eight per cent.

Last year, a special product released by UKCEH showed how land cover across Great Britain had changed between 1990 and 2015.

The UKCEH Land Cover Maps are developed through the UK-SCAPE programme, thanks to National Capability funding from the Natural Environment Research Council, part of UK Research and Innovation.

To download datasets from the Land Cover Map series, see the Environmental Information Data Centre website. The 2020 datasets for land cover in Northern Ireland will be available soon. 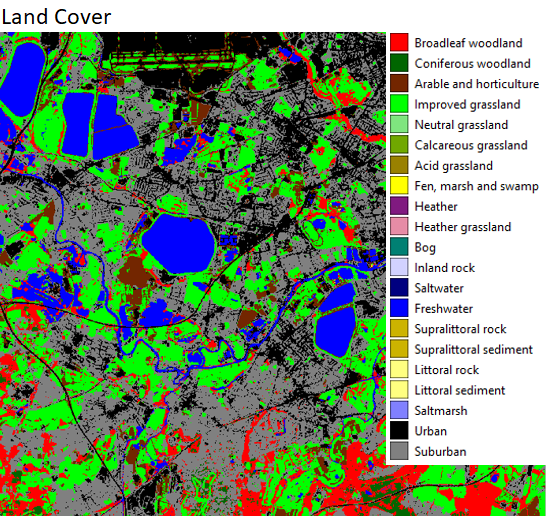 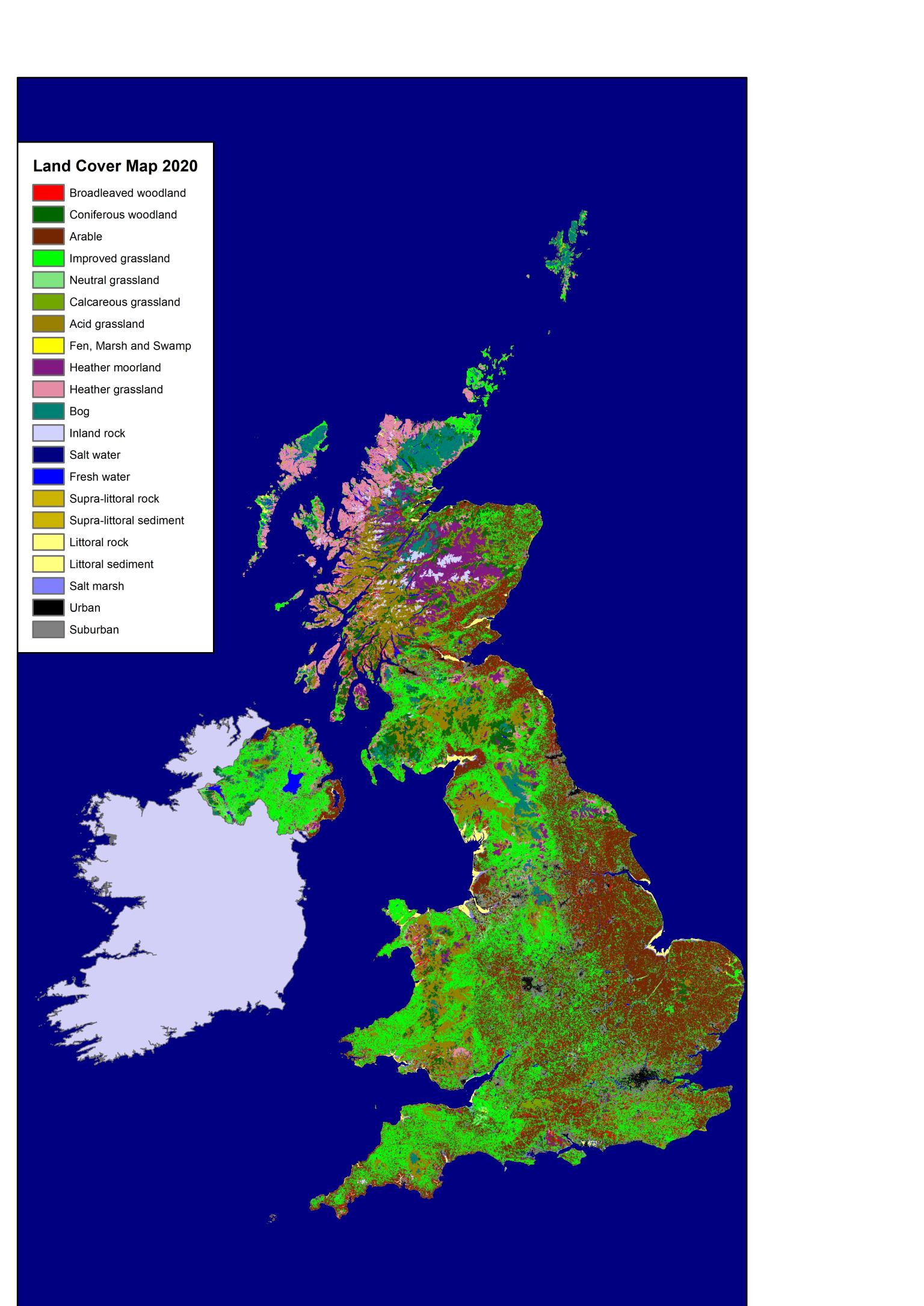 The Land Cover Maps identify 21 broad habitats across the UK.