When I started my PhD, I would’ve laughed at the thought of attending a UN summit. I wanted nothing to do with policymakers; I was researching real-world biodiversity, while policymakers were all talk and no real-world action. Yet, three years later, I found myself at the United Nation Framework Convention on Climate Change (UNFCCC) 26th Conference of the Parties (COP26) in Glasgow. So what changed?

Devastating extreme weather forced people and governments across the globe to recognise the threat of climate change to human lives and livelihoods. However, much less attention has been paid to human activities’ destructive impacts on biodiversity, which are now jeopardising ecosystems’ ability to provide the vital services our societies depend on, such as pollinating crops. When not a single Convention on Biological Diversity (CBD) target for 2020 was met, I was alarmed by the apparent lack of international mobilisation for nature.

It frustrates me that we have separate international conventions meant to independently tackle climate change and biodiversity loss, because they are in fact two sides of the same problem. Accelerating climate change puts additional pressure on already strained ecosystems, increasing the risk of species extinctions and ecosystem collapse. At the same time, biodiversity loss drives climate change since ecosystems can absorb and store, as well as emit, greenhouse gases. As an example, healthy peatlands can absorb carbon, while globally, degraded peatlands release 2-4% of all human emissions: that’s more than the entire aviation industry. I’m not saying we shouldn’t reduce air traffic (and tax it appropriately), I’m just asking that peatland protection and restoration are given the same priority as promising technological innovations such as green aircraft.

It frustrates me that we have separate international conventions meant to independently tackle climate change and biodiversity loss, because they are in fact two sides of the same problem.

Climate change and biodiversity are inherently linked and require joined-up approaches tackling both crises simultaneously. So, when I got the opportunity to attend COP26, I went for it, determined that any action against climate change that didn’t centre around nature was senseless. 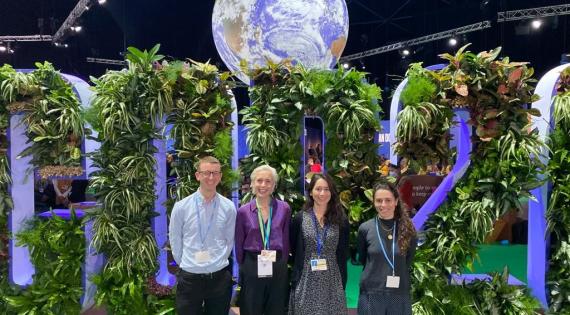 The ‘Action Zone’: good for informal meetings, media and interviews, celebrity spotting and surprisingly calm vibes despite everything going on

I was first overwhelmed by the sheer scale of COP26: more than 20,000 attendees swirling between events, meetings and negotiations dotted around six arena-sized buildings connected by thoroughfares. In addition to heads of state, ministers, and government officials from over 200 countries, UNFCCC invites observers representing different aspects of civil society, from indigenous peoples to business and industry NGOs. The role of observers is to advocate their group’s interests during negotiations and thereby hold decision-makers to account. Imperial College London’s delegation was part of the only non-advocacy observer group meant to provide impartial science-based advice, the ‘RINGO’-group (Research and Independent NGOs; international governance evidently love acronyms). Other members of my delegation, whose research topics included finance, renewable energy and carbon budgets, seemed to navigate COP26 acronyms, sections, political figures etc with more ease than I did, but we soon learnt to translate the intergovernmental climate-policy lingo.

COPs are the only formal democratic space where indigenous peoples, women and other groups disproportionately affected by climate change have a voice, but they need to be part of the process.

I spent most of my time in the pavilions where countries, NGOs and businesses held events related to their climate change initiatives and challenges, listening to and engaging in conversation with many of them and the other observer groups. This is where I gained more appreciation for the idea that we can’t tackle the climate crisis or the biodiversity crisis if all groups within civil society aren’t heard, respected, and striving towards a common goal under strong and supportive governance. Yes, nature must be at the heart of tackling climate change, but so must humans. 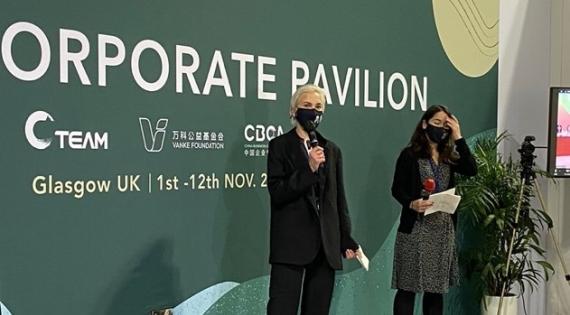 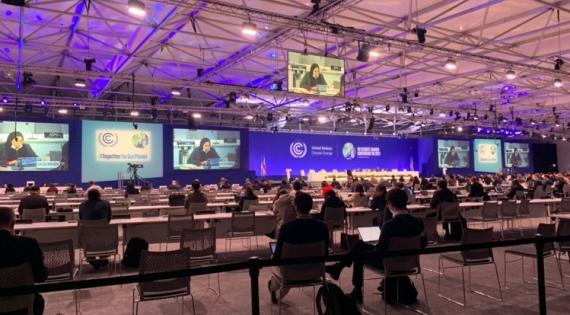 Participants at one of the COP26 plenary negotiations

Social media has been alive with people questioning whether these summits are worthwhile and can we blame them after the 25 previous UNFCCC COPs failed to halt climate change? I say yes, it is worthwhile. The idea that almost 200 countries can agree on anything this formal is pretty amazing, and it’s clear to me that issues like climate change, which are global in scale and impact, require multilateral action and continuous international negotiation.

Several COP26 outcomes were disappointing, but the situation would arguably be worse if the summit had not taken place. For instance, for the first time, the inherent link between the climate and biodiversity crises is explicitly included in the text of the Paris Agreement. Additionally, COP26 saw nature on the agenda, and featured as a topic of negotiations, more than ever before. I’m hopeful that this is a win for nature, but we have a long way to go, starting with bridging the gap between international climate and biodiversity agendas. 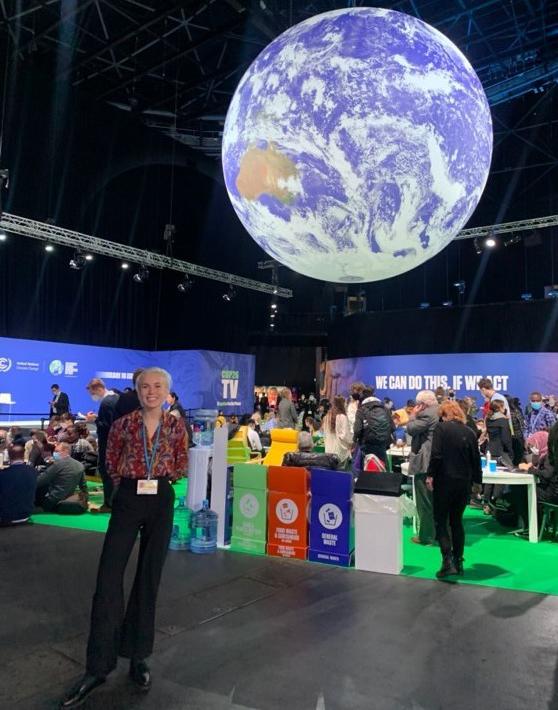