The frequency of thunderstorms in some fast-growing African coastal cities has doubled over the past 30 years, with much of this increase linked to the impact of deforestation on the local climate, a study has found.

It is widely known that removal of vegetation increases rainwater runoff and the risk of mudslides, which happened in Sierra Leone’s capital, Freetown, in August 2017 when 1,100 people died. But research led by the UK Centre for Ecology & Hydrology (UKCEH) has now revealed that more frequent storm activity in coastal areas is a second, previously unrecognised, way in which deforestation can increase flooding.

The study analysed three decades of satellite data in southern West Africa to establish how weather patterns had been altered as a result of deforestation, through changes in heating and moistening of the atmosphere.

The researchers found the removal of large areas of woodland had greatly exacerbated the effects of global warming in coastal areas of the region, which includes Guinea, Sierra Leone, Liberia, Ivory Coast, Ghana and Nigeria. In deforested areas, the frequency of storms has doubled since 1991, while the increase in forested areas has been around 40 per cent.

The deforested land had been turned over to use for agriculture and fuel for cooking to support nearby growing populations but the storms and resulting rainfall affect urban as well as rural areas.

Professor Chris Taylor of UKCEH, who led the study, published in the journal PNAS, says: “The extent of increase in coastal storm activity is likely to vary in different regions, depending on the local climate, but we would expect deforestation to have a similar effect in other coastal deforested areas.

“Around 40 per cent of the world’s population lives within 100km of the coast*, so increases in flash flooding causes disruption to millions of people’s lives. Our findings therefore provide a warning to fast-growing coastal cities across the world.”

Large numbers of people live close to the sea because of the food and economic benefits that it provides.

In Africa and South-East Asia, large areas of coastal tropical forest are being destroyed, global climate change is already having an impact on communities, and drainage and other infrastructure are often ill-equipped to cope with major flooding. In Freetown in particular, the residents are already suffering from multiple, damaging effects of climate change, including extreme temperatures and flash flooding from storms.

Professor Taylor says: “Deforestation is exacerbating the impacts of climate change in some of the least resilient cities on Earth, making it much harder for these communities to cope with extreme weather events.”

Previous research has linked deforestation with reduced regional rainfall in Amazonia. However, the ocean strongly influences local weather patterns, and the new study is the first investigation into the impact of deforestation on storm activity in coastal areas.

The study was part of ongoing research by UKCEH and partners into past, current and projected future climate change in West Africa, where flash flooding is increasingly common during the rainy season. A study in 2017, also led by Professor Taylor, showed global warming was responsible for a tripling in the frequency of extreme Sahel storms in just 35 years.

The research was funded by the Natural Environment Research Council (NERC), part of UK Research and Innovation.

“Research funded by NERC is helping global communities make future decisions on sustainable land management, urban planning and agricultural practices, as well as draw up emergency response plans. This is supporting them in adapting to, and mitigating, the effects of climate change, leading to greater resilience.”

This work was funded by the National Environment Research Council (NERC) under the Vegetation Effects on Rainfall in West Africa project (VERA – grants NE/M004295/1 and NE/M003574/1), with additional support under the Future Climate For Africa programme funded by NERC and the former UK Department For International Development (AMMA-2050 – NE/M020428/1 and NE/M020126/1).

Media enquiries
For interviews and more information, please contact Simon Williams, Media Relations Officer at UKCEH, via simwil@ceh.ac.uk or +44 (0)7920 295384. The paper and images are available on request. 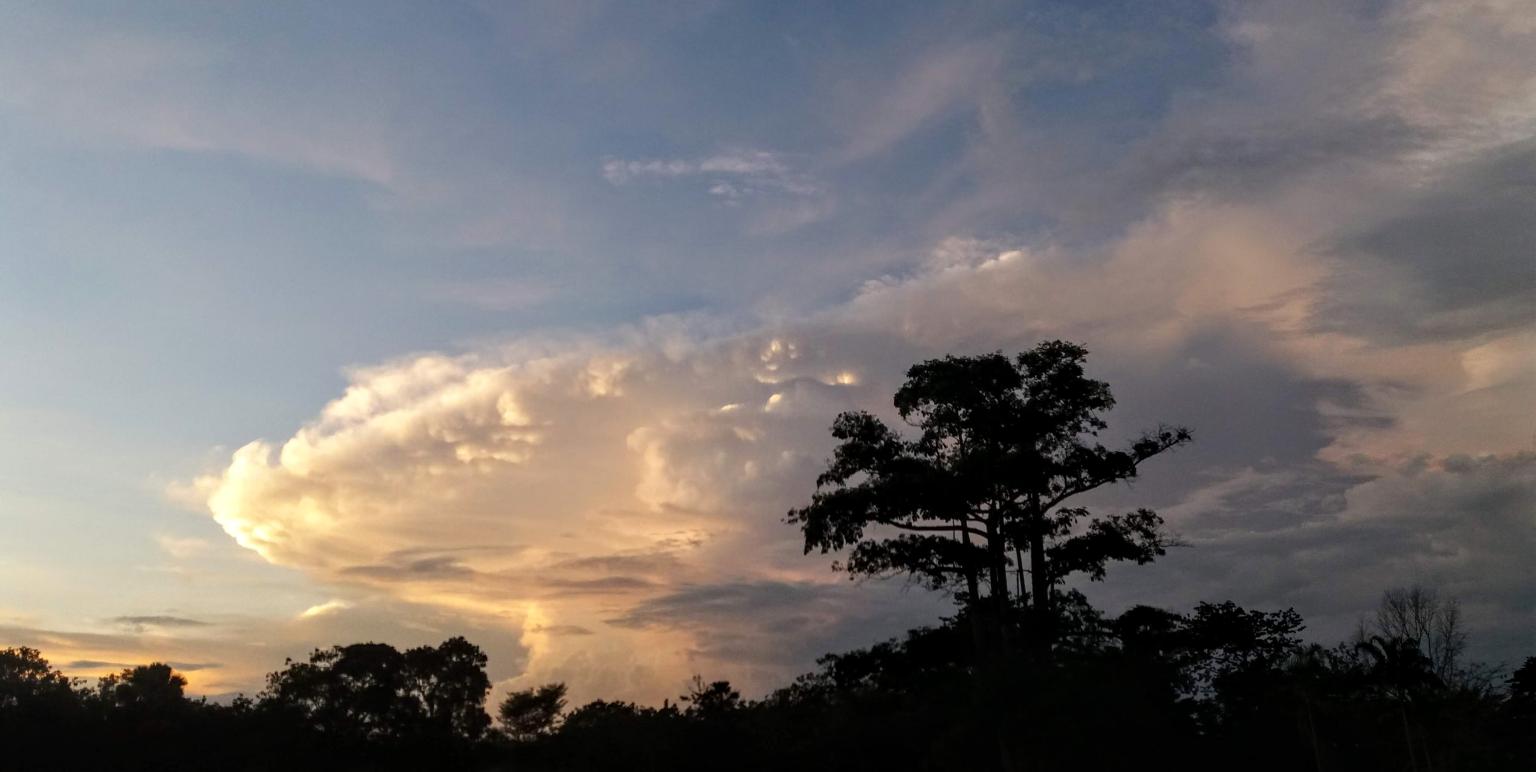