Radiation levels in the Chernobyl Exclusion Zone are having no direct impact on soil biological activity three decades after the world’s biggest nuclear accident, a study has found.

Radiation doses in some areas of the zone are still high enough to have a negative impact on some animals, including birds, mammals and bees. However, soil organisms play an essential role supporting other wildlife, so the research, led by the UK Centre for Ecology & Hydrology (UKCEH), provides further important evidence that the most radioactively contaminated ecosystem on Earth is in a good position to continue to recover following the 1986 disaster.

The researchers estimated soil invertebrates’ feeding activity at 53 plots in the Chernobyl Exclusion Zone using the ‘bait lamina’ test. This involves plant material that organisms such as earthworms, nematodes and mites feed upon, being inserted into the ground. After 18 days the researchers assessed how much of this feed had been eaten to give a measure of soil biological activity.

However, the researchers say this is possibly due to high levels of radiation that the Red Forest was exposed to immediately after the explosion at the Chernobyl nuclear plant in 1986, rather than current radiation doses. They also point out the soil in the area is historically acidic and sandy, which is known to reduce earthworm abundance.

Soil organisms such as worms and other invertebrates, as well as microbes, play a vital role in processes such as breaking down organic matter to produce nutrients that support plant growth. Bioturbation, the churning of sediment and soil by moving organisms, helps increase biodiversity.

UKCEH radioecologist Professor Nick Beresford, lead author of the study, says: “Soil invertebrates, being relatively simple organisms, are less sensitive to radiation than many other species. However, because they are essential to support other wildlife, our finding that soil organisms are not directly affected by current radiation doses is good news for the ecosystem as a whole.”

The study, carried out by UKCEH, the University of Salford and the Chornobyl Center for Nuclear Safety, has been published in the journal PLOS One.

The study was carried out as part of the Transfer-Exposure-Effects (TREE) project, which was funded by the Natural Environment Research Council, the Environment Agency and Radioactive Waste Management Ltd.

We deplore the invasion of Ukraine by Russia. See our statement. 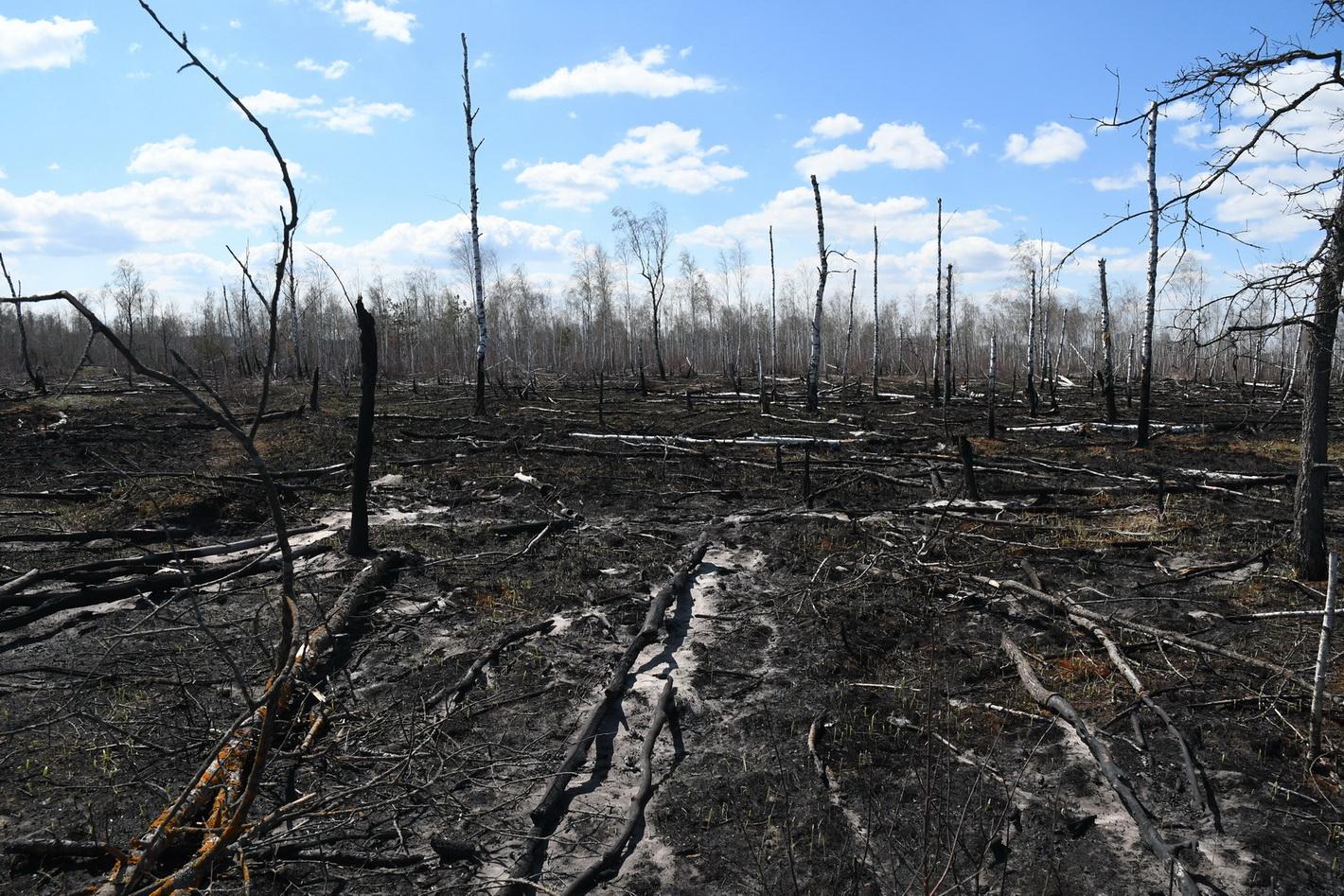 The Red Forest, where pine trees died after the nuclear accident, is the most contaminated part of the Chernobyl Exclusion Zone.
Photo: Sergey Gashchak, Chornobyl Center 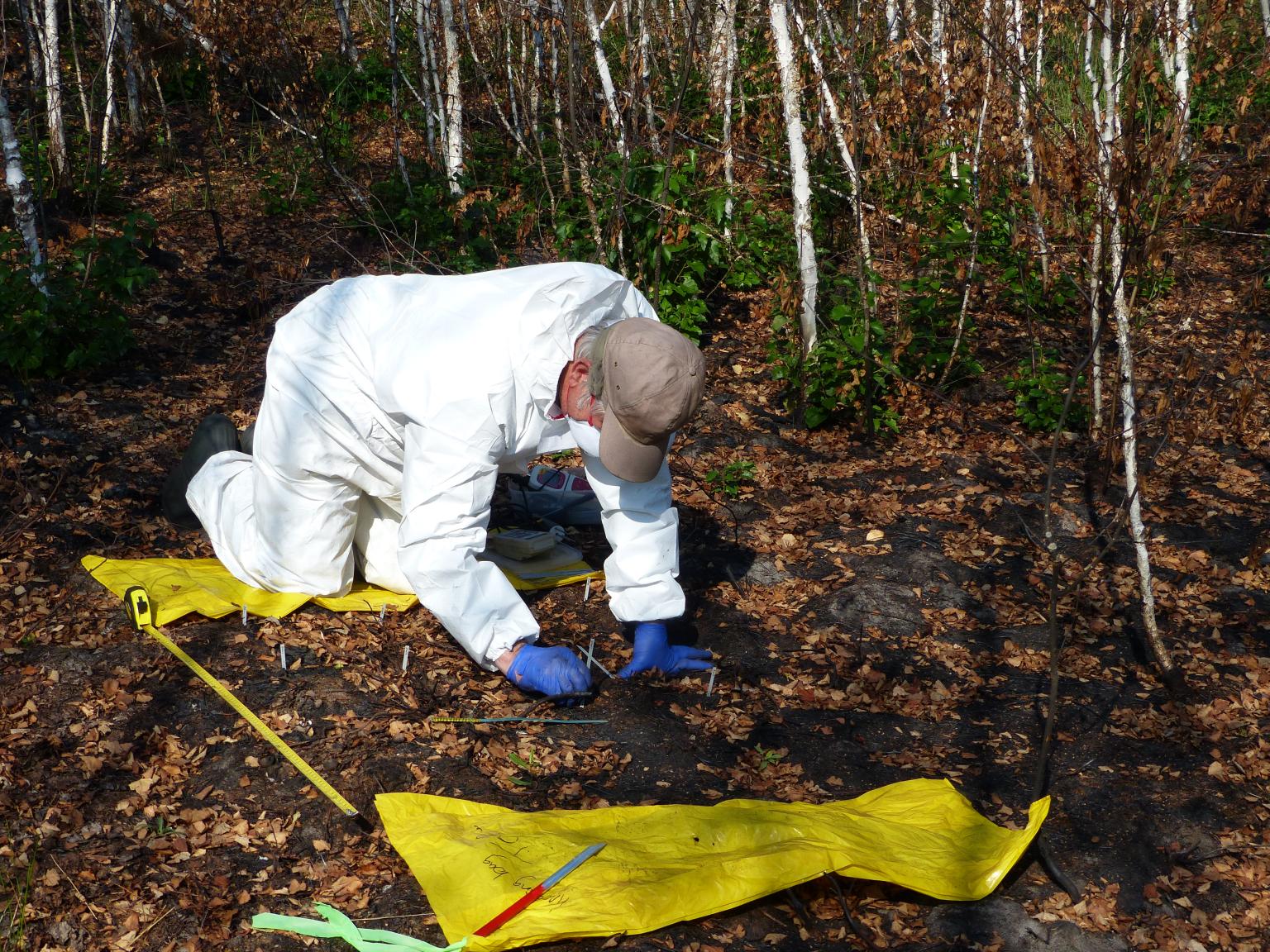 Professor Nick Beresford has been investigating the ecological impacts of the Chernobyl disaster since the 1990s. Photo: Mike Wood