Rats and other rodents cause significant damage across the country by transmitting diseases to people and livestock, spoiling food stocks and damaging infrastructure by chewing through wiring.

Second generation anticoagulant rodenticides (SGARs) are effective poisons for controlling these rodents and reducing the destruction they cause.

However, these poisons present a significant risk to other wildlife, either by direct ingestion or indirectly through consumption of prey that has eaten bait. So environmental exposure needs to be monitored in order to ensure the safe use of SGARs.

Rats and other rodents are the main source of food for barn owls, but the owls will absorb some of the poison a rat has ingested when they eat it. By examining dead barn owls it is possible to work out how much poison is getting into the environment.

The monitoring showed that 80-90% of barn owls across Britain were exposed to SGARs. This work has provided the evidence of how and why exposure varies and how it can be mitigated, and has indicated which vulnerable species may be in most need of protection.

UK, regional and global bodies have concluded that SGARs are necessary to control rats, but there is a high risk of environmental harm and therefore they need to be controlled. Data from the Predatory Bird Monitoring Scheme give regulators and policy makers the evidence base and expert input they need to weigh the environmental risks from SGAR use against the benefits to human society, giving them reliable information to support balanced decision-making.

The PBMS data underpinned the development of voluntary SGAR initiatives by UK industry as well as national and international SGAR regulations. Under these regulations in the UK, the Health and Safety Executive (HSE) required a national rodenticide stewardship scheme.

This key mitigation policy is run by the Campaign for Responsible Rodenticide Use (CRRU) and crucially depends on a means of tracking the outcomes by monitoring changes in wildlife exposure. This mandatory monitoring for evaluation is provided by the PBMS.

Without the PBMS, three possible scenarios might have occurred:

The stewardship scheme, underpinned by the evidence from the PBMS, avoids the restriction of SGAR use in the UK and thereby prevents potential damage costing hundreds of millions of pounds.

“The whole SGAR market depends on Stewardship. HSE say we will not authorise any products for use outdoors unless there is monitoring. The UK is in the best position to manage SGARs because it has the PBMS and its historical data for that monitoring – and this is not happening anywhere else.”
Chairman, Campaign for Responsible Rodenticide Use (CRRU)

“PBMS is the best example of wildlife monitoring and exposure that measures changes to the environment as a result of policy intervention. It’s hard to think of an alternative that gives a measure of chemicals in the environment. It’s highly unlikely that we could have come to Stewardship without the PBMS scheme. But because we have PBMS we have evidence-based decision making based on outcomes.”
Principal Specialist, Natural England

A UK-wide stewardship scheme allowing the sale of rat poison 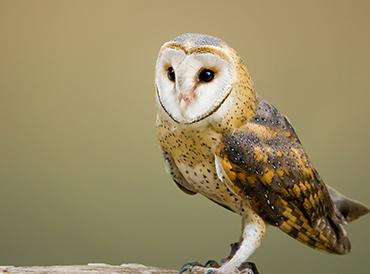