Peatlands are naturally waterlogged ecosystems, in which slow rates of decomposition allow organic matter to build up over thousands of years, often to a depth of many metres. Healthy peatlands capture carbon dioxide, helping to reduce climate change. These unique ecosystems support plant species adapted to the wet conditions. The UK holds one of the world’s most extensive areas of rare blanket bog.

However, most crops require dry ground conditions, so many peatlands have been drained. Around 80% of UK peatland has been affected by human activities, including drainage, managed burning, afforestation, livestock grazing and air pollution. In South-East Asia, two-thirds of peat-swamp forest has been cleared since 1990, releasing more than 500 million tonnes of carbon dioxide per year.

UKCEH led the development of a national peatland greenhouse gas (GHG) flux monitoring network in the UK, the only one of its kind in the world. This network has enabled greater understanding of the interacting effects of climate change, land-use change and GHG exchange. UKCEH work has shown that raising water levels in agriculturally managed peatland areas could reduce CO2 emissions while still retaining viable agricultural production.

UKCEH leads the land-use component of the GHG emissions inventory for the UK, which is reported to the United Nations. Our research has enabled implementation of a new methodology for reporting emissions, estimating, for the first time, that UK peatlands emitted an equivalent of four per cent of the UK’s total GHG emissions. Further research has helped to develop ways to mitigate these emissions.

Work in South-East Asia has shown that peatland drainage for plantations is causing four centimetres per year of land subsidence in some areas, contributing to CO2 emissions and long-term risk of flooding.

UKCEH research has led directly to evolution of UK Government policy. As a result, lowland peat has been highlighted as a priority for mitigation of emissions in the Government’s 25-Year Environment Plan. The Government will include UKCEH-led peatland emissions estimates in the UK GHG inventory within the next three years.

The Office for National Statistics (ONS) used UKCEH data in their Peatland Natural Capital Assessment and estimated that returning 55% of peatlands to good status would deliver net benefits of £45–50 billion over the next century. UKCEH work has guided tools and policies across the UK, including the Scottish Government’s Peatland ACTION programme and the UK Peatland Code, which encourages private sector investment in peat restoration.

Our research has also had a practical impact on the farming sector. Working with G’s Growers Ltd, the UK’s largest farming company operating on organic soils, UKCEH trialled a range of mitigation measures to reduce peat loss. We are also working with Defra, the Wildlife Trusts and the National Farmers’ Union (NFU) to implement solutions to lowland peat loss.

In South-East Asia, UKCEH has advised the Indonesian Government’s Peat Restoration Agency, worked with the Malaysian Palm Oil Board in Sarawak, and given direct science advice to one of Indonesia’s largest plantation companies, APRIL. Analysis and publication of their data on peat subsidence showed the potential to mitigate both that and GHG emissions by raising water levels in tree plantations. As a result, APRIL has set up a major field-scale high water table experimental trial, aimed at reducing emissions while maintaining yields.

Internationally, UKCEH has led the expert contribution to the UK government for the IPCC Wetland Supplement. This forms the basis for all international reporting of GHG emissions from wetland soils.

We anticipate tens of millions of pounds of investment from business and governments to return peatland to good status, delivering benefits worth £45 to £50 billion over the next century.

Projects undertaken by UKCEH in the past decade have provided us with essential information … the outcomes of which are actively used in our policy development … and will support efforts to meet the UK’s Net Zero 2050 target.”
Senior Science Advisor, Defra

“In formulating the Government’s view on response setting of the 6th Carbon Budget to the forthcoming recommendations from the Committee on Climate Change, UKCEH’s work has enabled a realistic perspective on peatland emissions and their mitigation potential on the pathway to net zero.”
Head of Land Use and Bioenergy Science, BEIS

Improved reporting on, and mitigation of, greenhouse gas emissions from peatlands, supporting delivery of net zero 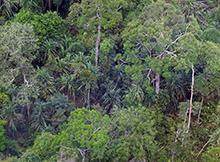 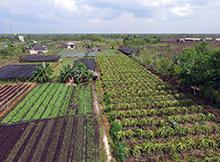