Many people need to know how land is being used across the UK. As part of their jobs, planners and policy-makers in national and local government, business and regulatory bodies need to assess land cover and ecosystem services, map ecological networks, classify and assess wildlife habitat and detect land cover change.

Land cover mapping can present the data needed to improve how we monitor and protect habitats, support biodiversity and prevent its loss, manage natural resources and mitigate and adapt to climate change as well as yielding significant economic benefits.

Since 2015 UKCEH has also produced a field-by-field map of all crops grown in the UK as well as estimates of fertiliser and pesticide application rates.

We are particularly interested in how land-based resources are changing and in 2020 we released Land Cover Change 1990-2015, describing how the UK land surface has changed over the last quarter of a century.

The Land Cover Map has a wide range of impacts with an estimated value to the UK of tens of millions of pounds. Three specific examples are described here:

Severn Trent’s use of Land Cover Map has supported catchment management planning, identifying target areas for controlling pollutants and the information derived has negated the need to build new water treatment plants or to upgrade existing ones. The company estimates that for every pound spent on catchment management, they save £2 to £20 on water treatment costs and create another £4 in terms of wider environmental benefits. One use of the Land Cover Map has allowed a pesticide problem to be controlled at its source, so that a water treatment upgrade was not necessary, saving £4.1 million in construction costs and £53,000 per year in operational costs.

The Office for National Statistics (ONS) published a roadmap, ‘Accounting for the value of nature in the UK’, which set out a strategy to incorporate natural capital into UK Environmental Accounts by 2020. Gross domestic product (GDP) focuses only on flows of income and output, so services provided by natural capital are excluded. Land cover data are fundamental in showing the extent of ecosystems as assets and the ONS deems Land Cover Map an essential dataset to underpin the UK Natural Capital Accounts.

As part of a project for Highways England and Kier Highways, UKCEH used Land Cover Map and species data to identify gaps between habitats and species populations near the A30 and A38 trunk roads in Devon and Cornwall. Highways England then began an extensive planting scheme to improve the connectivity between habitats and support wildlife in the area. Ten thousand native trees and shrubs were planted, connecting over 105 miles of habitat on the verges and land adjacent to the two roads. In addition, almost 27,000m2 of new heathland – a 60% increase – was created along the verge on key sites on Dartmoor, Bodmin Moor and Goss Moor.

“The Land Cover Map plus Crop Map dataset is essential in our catchment management activities – it is crucial in our planning, identifying target areas, forecasting of future trends and pollutant issues.”
Severn Trent Water

“Land Cover Map underpins all the Natural Capital accounting in the UK – not just by ONS, but for all organisations – because it gives universal, standard coverage across the UK at the appropriate scale. All this allows the UK to make better, more informed decisions for our long-term management of the environment.”
Head of Natural Capital, Office for National Statistics 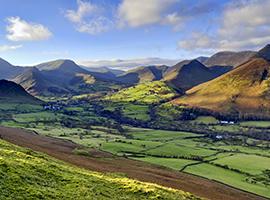 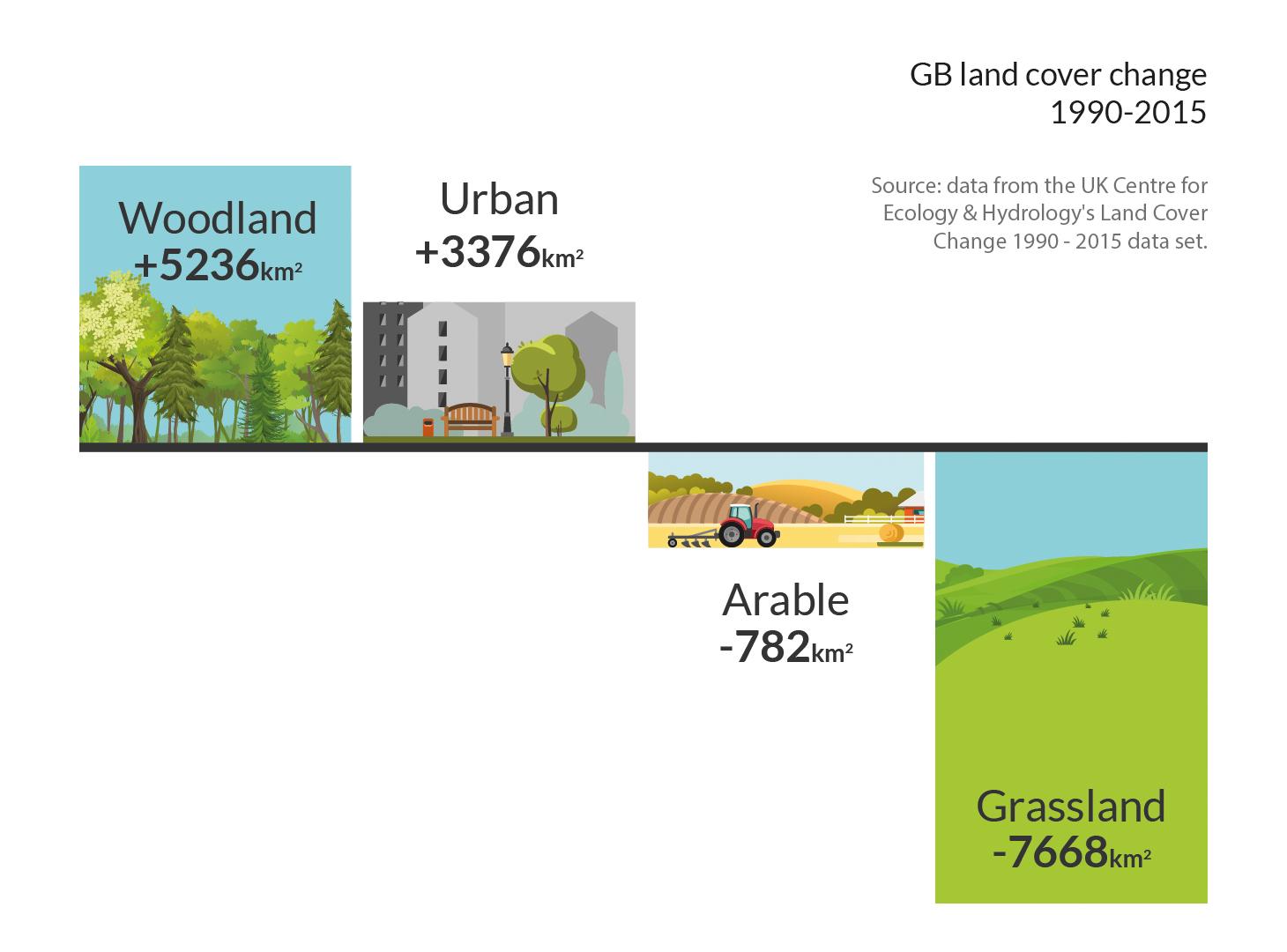