Many organisations and individuals depend on reliable weather forecasting and climate projection, so it is important that the forecasts are as accurate as possible. The forecasts are done by computer models run on the most powerful supercomputers and their accuracy depends on a better understanding of land-atmosphere interactions.

The Joint UK Land Environment Simulator (JULES) is a global model that simulates the flows and interactions between energy, water and carbon between the land and the atmosphere, accounting for the effects of vegetation and soils. It is part of the UK Meteorological Office’s Unified Model, used for weather forecasting in the UK.

UKCEH is at the heart of JULES development and is jointly responsible for leading the identification and representations of previously missing processes such as how land ecosystems function. Recently UKCEH has improved the understanding of plant interactions: how plant responses affect and interact with temperature, with the atmosphere through respiration, and how light levels affect their carbon uptake. UKCEH has also improved the river flow parameterisation in the model and its feedback into the land-atmosphere system, resulting in improved accuracy in UK modelling.

The JULES model is also used internationally in IPCC climate change projections and as part of national weather forecasting systems from New Zealand to the United States.

The benefits of the public weather forecasting service in the UK are estimated to be between £1 billion and £1.5 billion across the public sector, aviation, transport and insurance. The contributions of individual components are difficult to separate, but for example, UKCEH work to improve the snow component of JULES was estimated to reduce the error in forecasting surface temperature by 10 per cent.

In New Zealand, the JULES model is used by the National Institute of Water and Atmospheric Research (NIWA) to perform simulations of snow and soil moisture in regional weather predictions. International tourism is worth around NZ$16 billion to the New Zealand economy. JULES helps support this through accurate weather forecasting, particularly for outdoor activities such as skiing.

“The Met Office Unified Model couldn’t work without JULES.”
Head of Research to the Operations team in Weather Science, The Met Office

“...takes 10% off our range of errors in near surface temperature in the northern hemisphere in winter.”
Research Impact Consulting

“UKCEH scientists are responsible for key areas of JULES code development, specifically in areas of plant physiology, runoff generation and multi-model inter-comparison. In each case these code developments have led to measurable improvements in the performance and assessment of JULES. These JULES developments from UKCEH are included within standard Met Office model configurations and are used for our operational weather and seasonal forecasts and production climate change projections.”
Director of Science, The Met Office

Greater accuracy for weather forecasting, contributing to benefits worth £1.5 billion in the UK 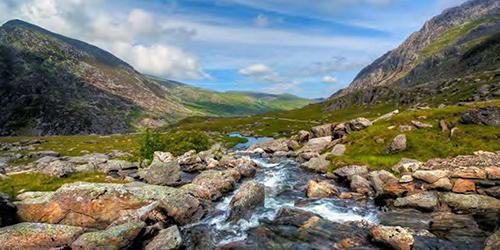