Today, the House of Commons Environmental Audit Committee, released a major report on water quality in England’s rivers. This follows an inquiry that received evidence from organisations including the UK Centre for Ecology & Hydrology (UKCEH), which has decades of experience and expertise in monitoring and analysing water quality. Dr Gwyn Rees, Science Area Head for Water Resources at UKCEH, explains that pollutants pose a significant challenge to river water quality and biodiversity, outlines what improvements have been made and where more work needs to be done…

The challenge
The UK’s rivers receive an increasingly wide range of chemicals and other pollutants from homes, industry and agriculture, posing a significant challenge to water quality and biodiversity.

Pollution arriving in rivers from our homes includes detergents, personal care products and pharmaceuticals, but also microplastics and legacy chemicals, such as flame retardants (PBDEs) and non-stick coatings (PFASs), escaping from our furniture, clothing and household items.  A significant proportion of these pollutants enter our rivers through treated or untreated sewage.

Industrial pollutants, metals and other chemicals can also enter the environment through sewage discharge, as liquid waste (wastewater) from industrial or commercial premises, from airborne particles (eg from fuel burning), and in runoff from painted surfaces and roads directly or via surface water drains.

Runoff from farms and agricultural land typically contains pesticides, fertilisers and animal waste, which often contains veterinary medicines (eg antibiotics). Such pollutants usually enter the environment directly, accumulating on the land and in the soil before entering nearby water courses either through gradual leaching or as pulses during storm (heavy rainfall) events.

Nutrients (nitrogen and phosphorus), from fertilisers and manure and from sewage discharges, can cause algal blooms in rivers and lakes, resulting in lower oxygen levels in water and, sometimes, toxic cyanobacteria (blue-green algae) that is harmful to humans and animals alike. Meanwhile pesticides may harm aquatic wildlife more directly.

Britain is a relatively small island and England, in particular, is very densely populated. This results in us having one of the lowest river water volume per capita ratios in Europe to dilute and absorb pollutants. The levels and impacts of pollution are likely to be exacerbated in future by the expected increases in extreme weather due to climate change:  predicted reductions in summer river flows will cause even less dilution, while more frequent and intense high rainfall events threaten to increase combined sewer overflows and runoff from land.

UKCEH’s water quality science
UKCEH has developed considerable expertise in integrating the monitoring and predictive modelling of river flows and concentrations of nutrients and algae, pathogens, legacy and emerging contaminants like metals, organic pollutants and microplastics.

Our scientists have spent decades monitoring and assessing the health of Britain’s rivers, and the evidence from this work reveals a mixed picture, with some improvements to river water quality over time, and some new threats.

While the amount of metal entering the environment has declined over the past 30 years, some long-lasting chemicals such as PCBs remain in the environment, continuing to accumulate and threatening wildlife we help monitor.

With a few exceptions, there generally have been large decreases in the amount of phosphorus and ammonia entering our rivers, much of which can be attributed to water company investments in upgrading sewage treatment works. This improved water quality has helped increase invertebrate diversity, which has supported other wildlife.

At the same time, we have seen an increase in pharmaceuticals and chemicals from personal care products in rivers. We are only starting to understand the potential effects of microplastics on wildlife and how increasing human and veterinary medicines are making bacterial, fungal and virus pathogens more resistant to medicines, putting future human and animal health at risk.

Areas for future research and innovation
There is further work to be done to build capacity of the sewerage network and improve wastewater treatment technologies to cope with future climate change, emerging pollutants and a growing population. Our recent research has shown that, in many UK rivers, the majority of phosphorus pollution during spring and summer (a critical time of year for wildlife) is still derived from sewage discharges, despite large reductions in sewage effluent phosphorus loads over the last 25 years.

The Environment Agency measures a huge array of chemical pollutants in UK rivers, and its focus on dissolved phosphate, dissolved oxygen, pH and ammonium is sensible. However, in recent years its monthly monitoring regime has been reduced to seasonal sampling at many sites; this is not adequate to capture storm events, sporadic pollution incidents, or seasonal extremes.

Novel approaches could and should increase the quality, scope and cost-effectiveness of water quality monitoring programmes. Machine learning can predict untreated wastewater discharges to help water companies identify problems, while the use of environmental DNA for biological monitoring, passive and automated sampling for chemical monitoring, the wider use of water quality monitoring probes, and citizen science all have the potential to improve and supplement current national monitoring by environmental regulators.

UKCEH has developed, with the water industry research body UKWIR, pioneering methods to sample and detect microplastics in rivers and wastewater, while our web-based ASSIST E-Planner tool identifies where agri-environment farm management options will deliver most benefit, including improving biodiversity and reducing agricultural runoff.

We also carry out innovative computer modelling to predict how pollutants change in form as they pass through waste treatment and the environment, and what the fate and impact of these pollutants may be in where they might end up and what impact this is likely to have on freshwater and terrestrial ecosystems.

This type of cutting edge research will ensure UKCEH continues to play a leading role in improving our understanding of the complex threats the vast range of pollutants jointly pose to the environment, enabling effective decision-making and actions that will help to clean up our rivers, improve biodiversity and reduce risks to human health. 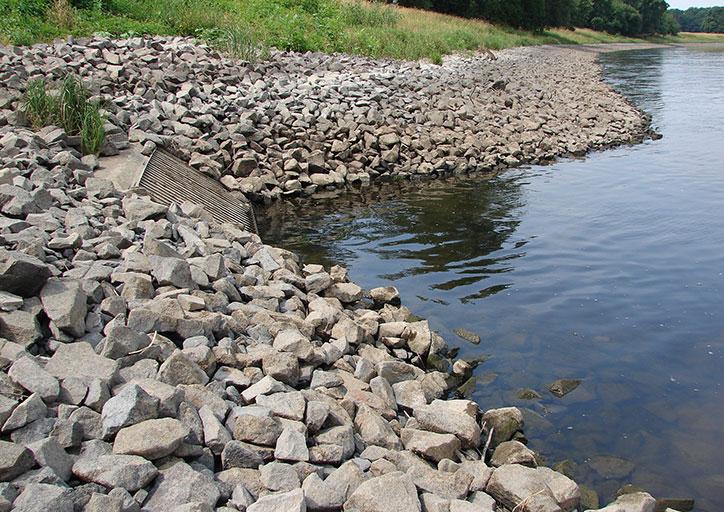 A vast range of pollutants enter our rivers, including from wastewater, as well as from industry and agriculture. 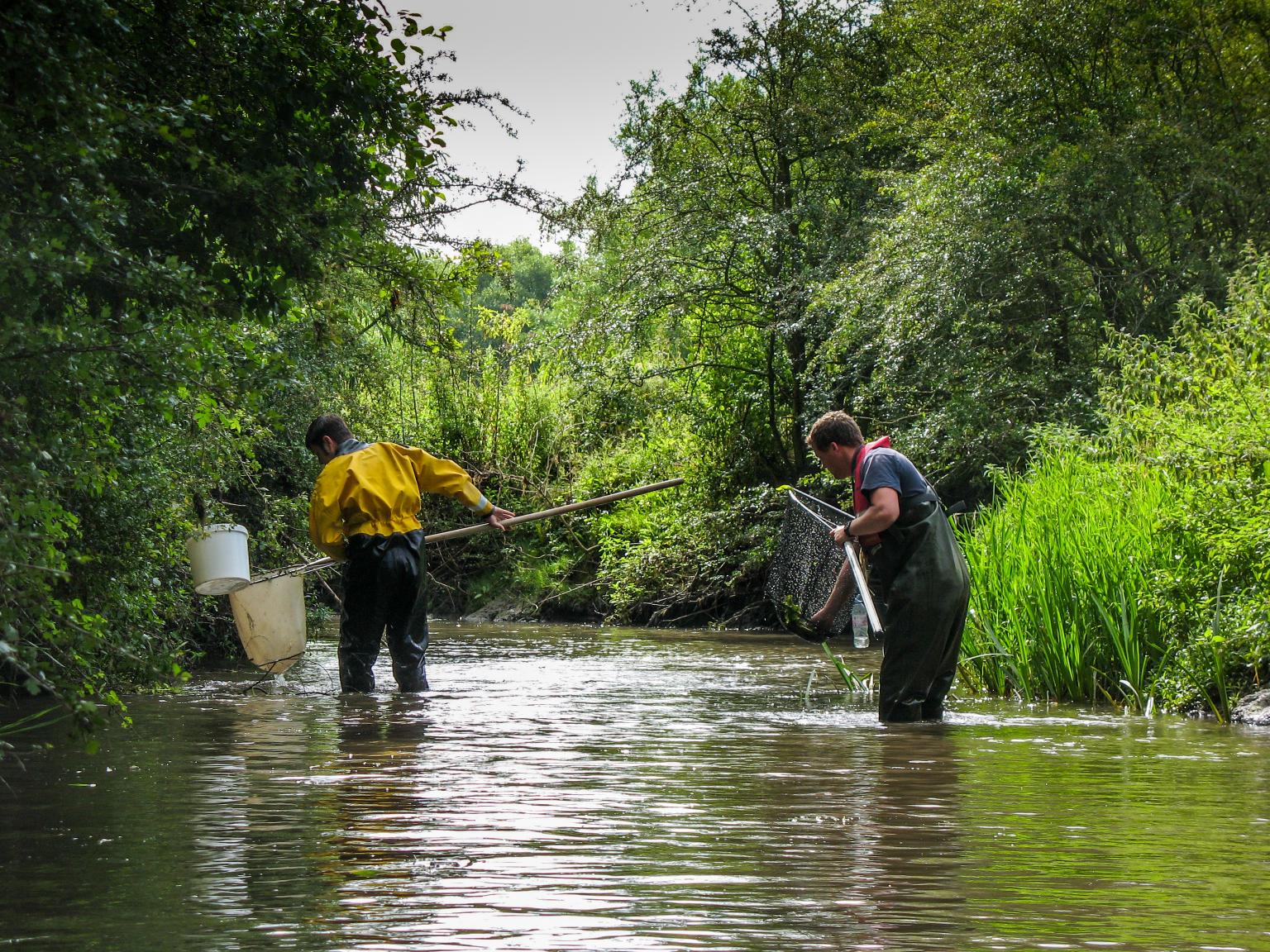