The Coded List aims to provide a standard set of names and identifying codes for freshwater macroinvertebrates in the British Isles. These codes are used in the CEH databases, as well as by the water industry and academic and commercial organisations. By making the list as widely available as possible, we hope to improve the ease of data exchange throughout the aquatic science community.

The list has evolved from the checklist produced by Peter Maitland, then at the Institute of Terrestrial Ecology (Maitland, 1977), and subsequently revised by Mike Furse (Centre for Ecology & Hydrology), Ian McDonald (Thames Water Authority) and Bob Abel (Department of the Environment). That list was subject to regular revisions with financial support from the Environment Agency.

The current list retains codes and names even if the taxon is no longer found in Britain. This will enable historical records to be maintained. Vertebrates have been excluded from the list.

The current list includes a complete cross-reference of changes from the last published version of the Coded Checklist dated 28 October 2008. All changes since that date have been allocated the date of publication of this list.

It is important that users document which version of the checklist has been used in their recording.

The coding system used by this checklist is a hierarchical alphanumeric code of eight characters that are subdivided into pairs. The first pair represents a major taxonomic level (eg phylum, class, order etc) which is variable from group to group, the second pair normally represents family (but may be used to represent subfamily / tribe), and the final four represent genus, subgenus and species. Each taxon also has the code of the next higher level or ‘parent’ defined. Alphanumeric codes are used for artificial taxa and where the number of names exceeds the number of characters allocated to a specified taxonomic level.

Descriptions of fields used in the ‘Code list’ tab

Descriptions of fields used in the ‘Artificial Taxa’ tab

Descriptions of fields used in the ‘Last published changes’ tab: 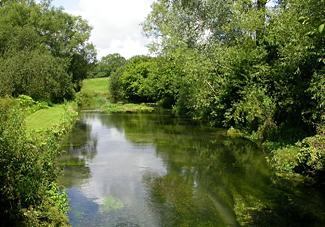