The updated LCM1990 applied the methods developed for LCM2015 to satellite data from 1990. It also used the same Broad Habitat-based classes used for LCM 2015, 2017, 2018 and 2019, and uses the spatial framework used for the LCMs from 2007 onwards; it also mapped Northern Ireland. This makes the LCM1990 consistent with LCM2015 onwards, and enabled the production of the first UK Land Cover Change data set, from the LCM series.

All the LCM data sets are available from UKCEH’s Environmental Informatics Data Centre.

LCM1990 is available in raster and vector formats, with 25m and 1km raster versions. 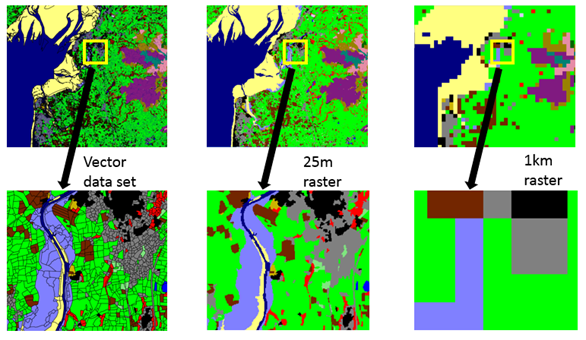 Please see the information here on how to request our Land Cover Maps for various uses.

Please see the documentation linked below.