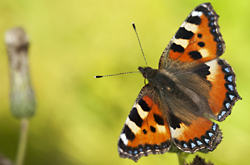 "Signs of spring", such as the first appearance of wild flowers, butterflies and migrant birds have been a source of fascination for amateur naturalists, researchers and the general public for centuries. However, the timing of these natural events has been changing as the climate warms, with many events now occurring earlier in the year than they did just a few decades ago.

A number of scientific studies have suggested that changes in the seasonal timing of biological events are some of the most conspicuous biological impacts of climate change.

Far from trivial, these changes in seasonal timing could disrupt seasonal relationships between species.

This is because different species have changed their seasonal timing to different degrees. For example, woodland birds which feed moth larvae to their young produce the greatest number of chicks if their eggs hatch when caterpillar numbers are at their peak. Where these two events once occurred at the same time of year, in warm years caterpillar peaks now occur before the nestlings have hatched, which can result in starvation. Mismatches in seasonal events of different species therefore have the potential to affect breeding success, leading to changes in population size.

The current scientific evidence for increasing mismatch between predators and their prey, as temperatures rise, is based upon relatively few studies that have focused on a small number of species. So the extent to which these mismatches are prevalent across a broader range of species and habitats has yet to be established. If the results of these intensive studies are representative, then de-synchronisation may cause widespread disruption of ecosystems, jeopardising the provision of key ecosystem goods and services on which we all depend. 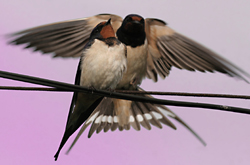 We also do not currently know how much of the observed changes in the timing of spring events have been affected specifically by human-induced climate change (eg increase in greenhouse gases as a product of fossil fuel use), rather than climate change brought about by natural causes. By teasing apart the signals of human- versus naturally-induced climate change in the seasonal timing of biological events, we will be able to better understand the ecological implications of future climate change. Furthermore, if appropriate, we may be able to provide more informed guidance on managing these changes into the future.

Starting in September 2012, the Centre for Ecology & Hydrology (CEH) is leading a collaborative project that aims to address these gaps in our knowledge. Working with partners at the British Trust for Ornithology, Coventry University, Met Office, Rothamsted Research and the Sir Alister Hardy Foundation for Ocean Science, we will analyse thousands of long-term studies on hundreds of UK plant and animal species.

We will examine which groups of species have, on average, the strongest and weakest responses to climate change. For strongly responding species we will determine whether these changes are likely to be due to the human-induced component of climate change.

We also aim to establish the habitats and regions of the UK in which de-synchronisation of predators with their prey is most likely, using detailed information on birds such as swallows and great tits and the aphids and moths on which they feed their chicks.

This is the first time that so many species from marine, freshwater and dry-land environments have been analysed in a way that allows meaningful comparisons to be made between them, and that allows a statement to be made about the likely significance of human-induced warming for the functioning of a wide range of UK ecosystems.

By highlighting the species that are changing their seasonality most sensitively in response to climate, and the likely consequences that they may face as a result, we will provide information that will guide conservation and climate adaptation strategies in an ever-changing world.

What data will we use?

Our project will be based upon analyses of data collected by many of the UK's long-term monitoring programmes. A number of these schemes owe their success to the ongoing efforts of dedicated voluntary recorders, without whom this work would not be possible. 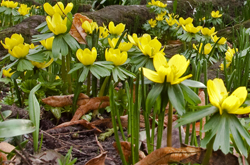 Key data sets are derived from:

The project will be led by a team of investigators who collectively have expertise in the ecology of freshwater, marine and dry-land organisms, and climate change:

Media enquiries about this work should be addressed to the CEH Press Office. General enquiries can be sent via our Enquiries Desk.