Following the 1986 accident at the Chornobyl nuclear power plant, an area (4-6 km2) of coniferous forest was killed by high levels of radiation. The affected area has become known as the 'Red Forest' as the needles of the trees turned red (or, more accurately, orange) in 1986 prior to their death. The Red Forest subsequently regenerated to some extent with deciduous trees (which are less sensitive to radiation than coniferous species) and understorey vegetation. The area is likely the most anthropogenically contaminated radioactive terrestrial ecosystem on earth and reports of effects on its wildlife continue to be published.

In July 2016 there was a severe fire in the Red Forest when approximately 80% of the forest was burnt. The RED FIRE project conducted studies in the Red Forest over the year after the fire. Results from this work are being analysed and written-up but in the meantime you can find a summary of our activities below.

We have updated this page given the interest in the effects of fires in the Chernobyl Exclusion Zone (CEZ) as a consequence of widespread fires in April 2020.

In September 2016 60 study plots were set up in the Red Forest (control sites were also established in a less contaminated woodland within the CEZ). The Red Forest study plots were distributed in unburnt areas of the Red Forest, burnt areas showing some signs of regrowth in September 2016, and burnt areas with minimal/no regrowth. Bait lamina sticks (https://doi.org/10.1007/BF02986394) were deployed at the study plots to measure soil organism feeding activity. Bait lamina were deployed in Autumn 2016, Spring 2017 and finaly, in Autumn 2017.

Small mammal abundance and diversity was also assessed in the summer of 2017. Species recorded included: bank vole, yellow-necked mice, wood mice, striped field mice and field vole.  As well as the cameras we also deployed bioacoustic recorders to capture soundscapes (a bioacoustic recorder can be seen on a tree on the photograph of the wolf).

Changes in vegetation cover at the burnt plots was assessed over Autumn 2016 to Autumn 2018. Recovery of vegetation varied between the plots although provisionally this appears to be due to differences in soil characteristics rather than radiation.

RED FIRE was led by UKCEH in collaboration with the Universities of Salford and Nottingham, Chornobyl Center (Ukraine) and the National University of Life and Environmental Sciences of Ukraine. 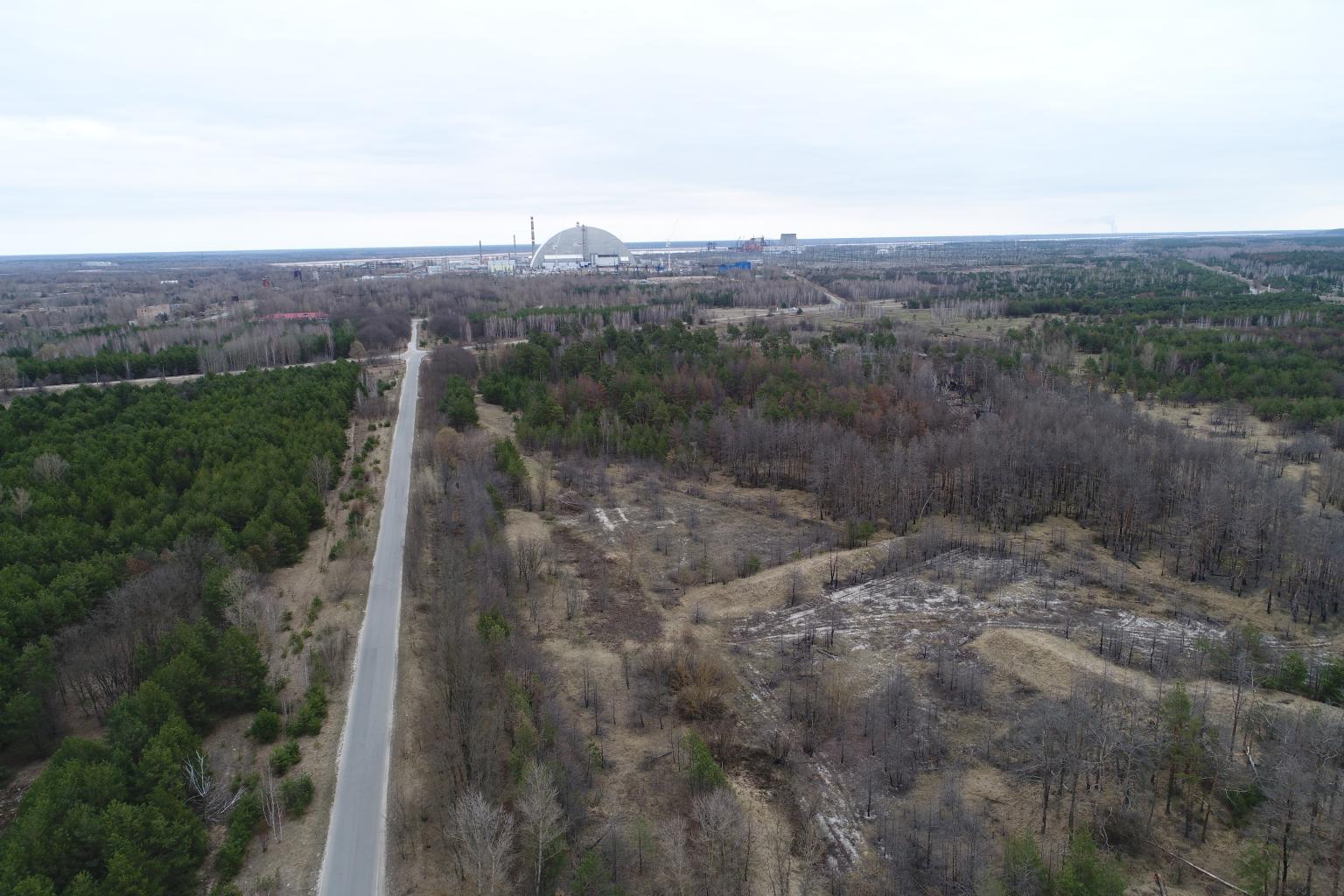 Chornobyl NPP from the Red Forest. 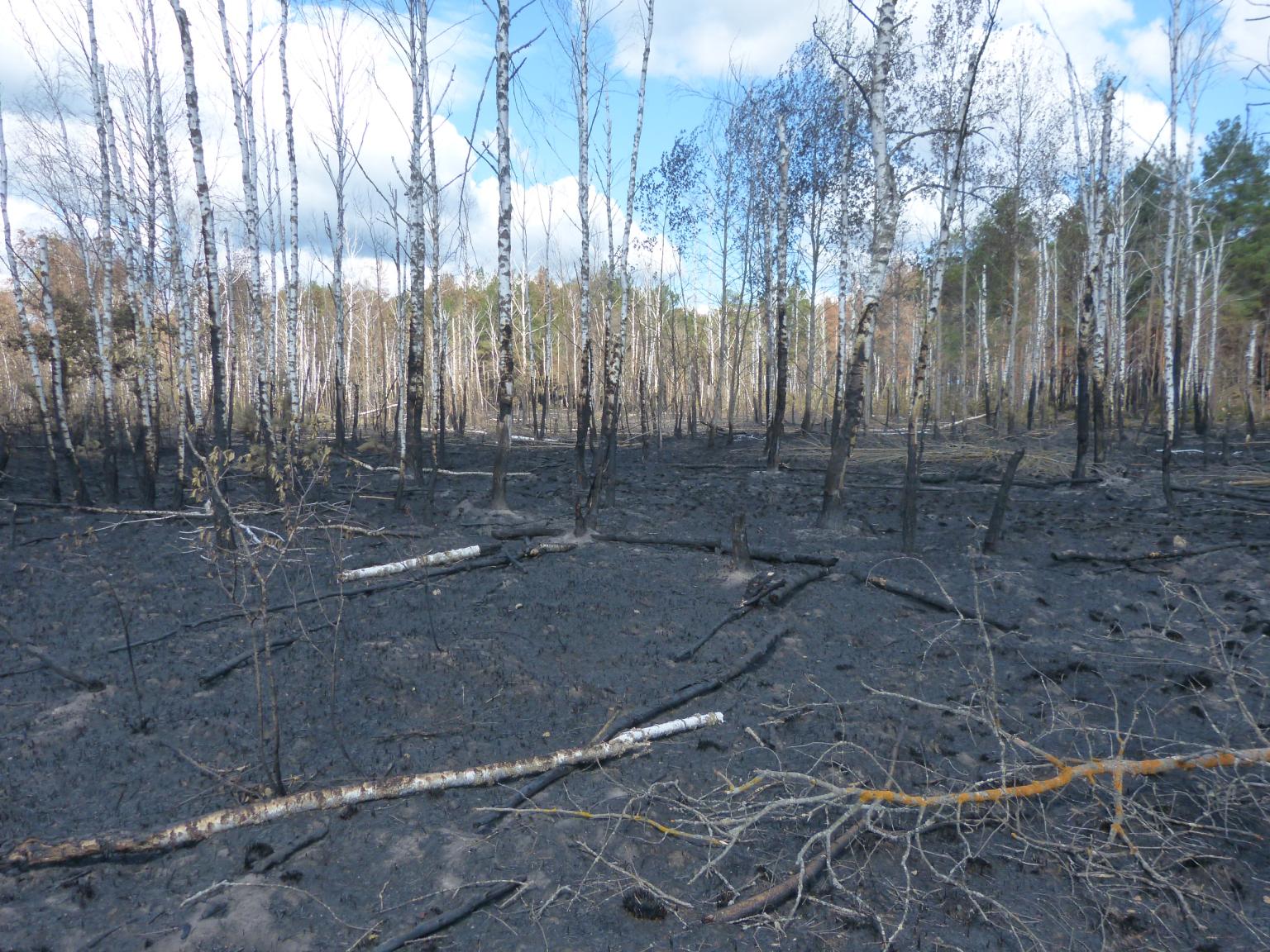 Photo by Sergey Gashchak taken a few days after the 2016 fire. 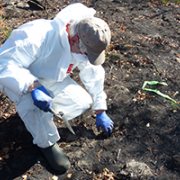 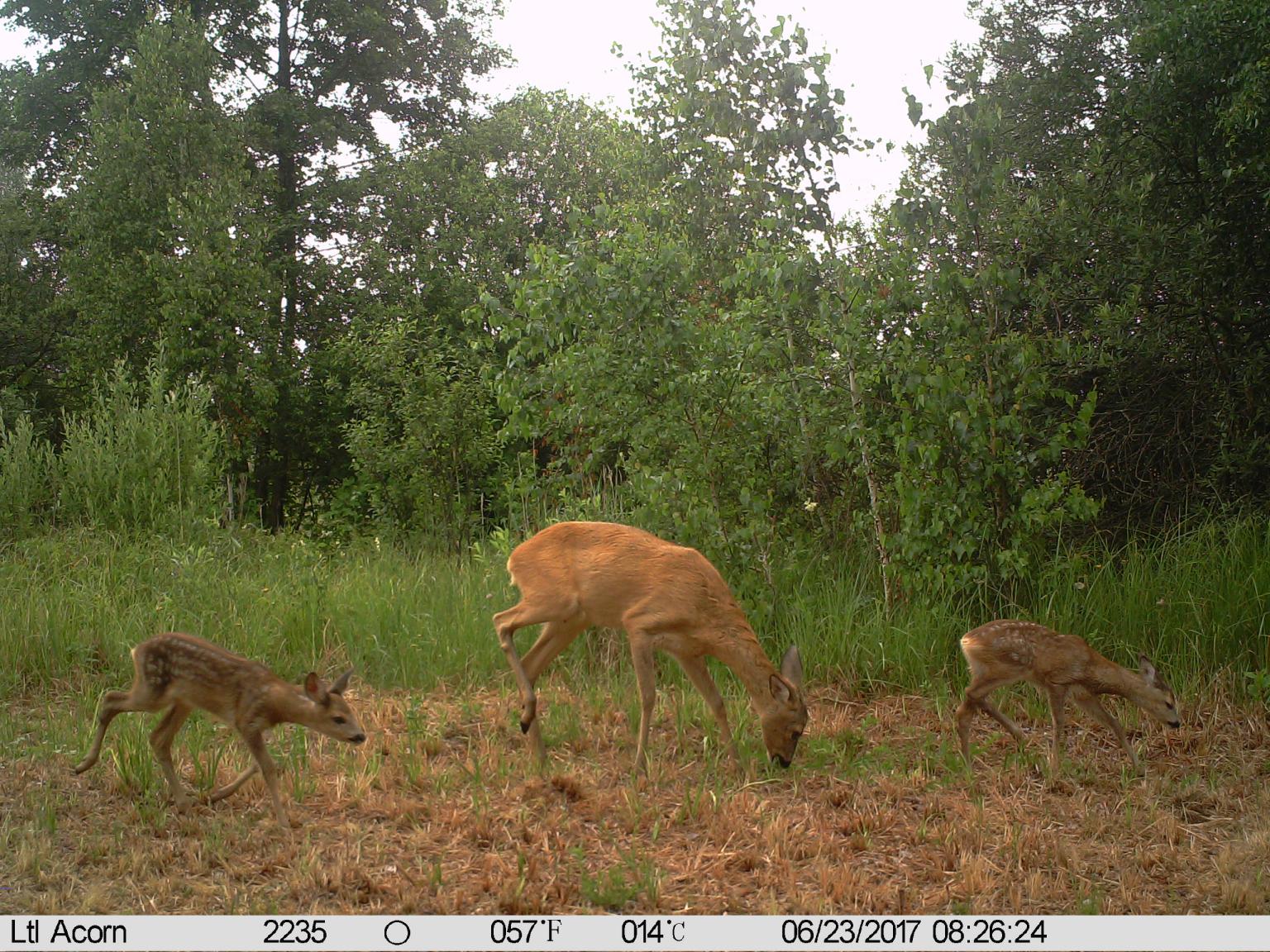 Deer in the Chornobyl Exclusion Zone pictured via wildlife camera. 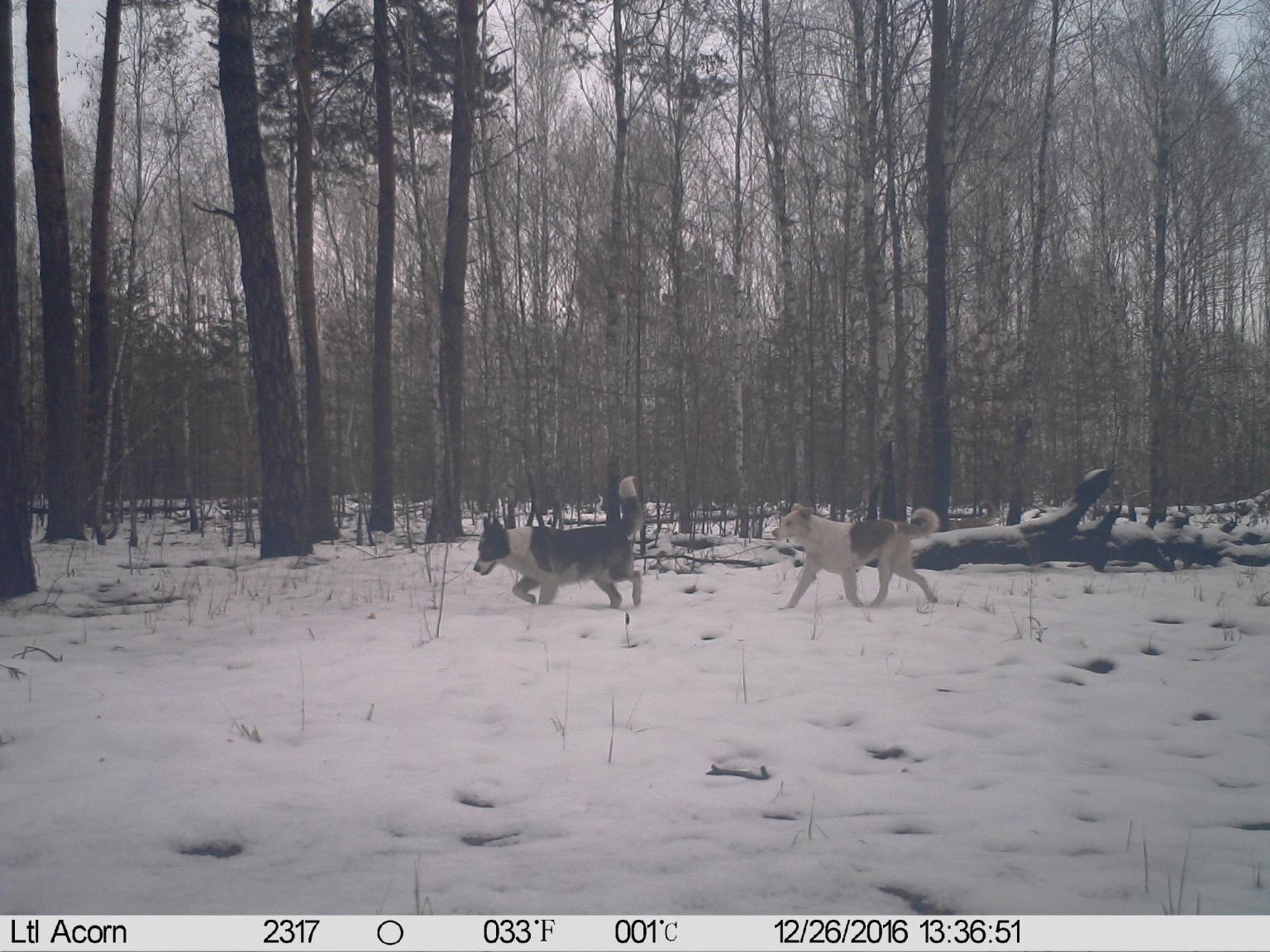