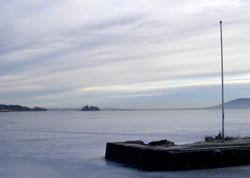 Lakes are an important part of the landscape. They provide valuable goods and services to society but are vulnerable to human impact through eutrophication, acidification, climate change and the introduction of non-native species.

Our lake ecosystem researchers represent the largest group of research scientists working on lakes in the UK. We aim to generate a process-based understanding of how lakes function and to use this knowledge to provide advice for lake managers.

Lake physics plays a fundamental role in limnology as temperature structures, circulation patterns and turbulent mixing set the environment in which the biology and chemistry within a lake operate. It is also through physics that the initial impacts of changes in climate are felt within a lake.

Our research in this area includes:

Heat and momentum fluxes: atmospheric fluxes at the surface of a lake drive lake physics. It is through these fluxes that changes in climate will first impact upon the lake environment. These fluxes will vary spatially because of the limited fetch over lakes, but will also change over time on a range of scales from minutes through to decadal and beyond.

Nutrient transport: The Water Framework Directive demands that lakes are returned to good water quality status. Although external loads of nutrients to lakes are, to an extent, understood and alterable, little is known about the extent to which internal supplies of nutrients influence water quality within a lake. Influences on this internal loading include the temperature stratification in a lake, the turbulent mixing of nutrients from the hypolimnion across the thermocline, and the horizontal transport of nutrients from the littoral zone to the pelagic.

Interactions between lake physics and lake ecology: Water temperatures affect growth rates of phytoplankton, zooplankton and fish. Temperature and oxygen concentrations determine habitat availability. Mixing depths control the amount of time phytoplankton spend in the euphotic zone. Surface and sub-surface currents influence the positioning of plankton across a lake. These are  all determined by the changing weather patterns at a lake surface. Similarly as solar radiation is absorbed through the depth of a lake and algae absorb and scatter the short-wave radiation in a different manner to pure water, the amount of algae in a water column and their position within the water column will influence where and how much radiation is absorbed. This in turn affects the temperature and thermal stratification of the water column.

We work to improve understanding of the diversity, dynamics and activities of microorganisms and their genetic elements in natural and polluted freshwaters. 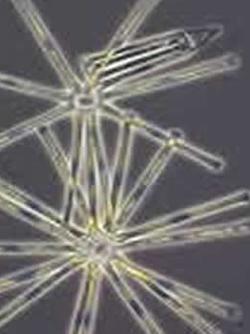 Ecology and physiology of algae and macrophytes

Algae and macrophytes form the base of the food chain and so play a major role in controlling the productivity and function of freshwaters. We aim to understand the environmental factors that control the ecological distribution and abundance of these organisms. This informs the production of predictive, process-based models of algal and macrophyte growth and underpins our ability to manage freshwater ecosystems.

We relate laboratory studies of algal and macrophyte physiology to detailed measurements of environmental conditions at appropriate spatial and temporal scales, often using novel technology. Critical and understudied environmental resources include inorganic carbon, nitrogen and sulphur as well as more commonly studied factors such as phosphorus, light and UV-radiation. A second approach is to make use of our extensive and long-term ecological datasets to examine patterns of distribution and abundance. We also use these datasets to test ideas generated from experimentation.

The zooplankton are a community of microscopic animals that live in suspension in the pelagic zone of lakes and reservoirs. This heterogeneous group incorporates single celled protozoans and multicellular rotifers and crustaceans. Our scientists have expertise in the ecology of the crustacean zooplankton. There is considerable functional differentiation between these microscopic crustaceans. Some species are primarily herbivorous, filtering or grasping phytoplankton from the surrounding water. Others are carnivorous, and even cannibalistic, feeding raptorially on other zooplankton. 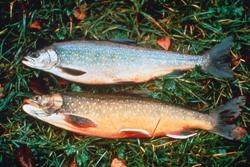 Fish are a prominent feature of most lake ecosystems. Their ecological role includes direct impacts on prey populations and indirect impacts on other biotic and abiotic features of the environment. They also have socio-economic value to society. While there has been a historic focus on fisheries concerns, fish are also appreciated and managed on the basis of biodiversity conservation. Understanding their ecology and providing advice on their management are prime objectives of our research.

Our approach involves the combination of long-term (approximately 70 years) data on the major fish populations and environmental features (eg temperature, degree of eutrophication) of the north and south basins of Windermere, much of which is used in population models, together with shorter studies of fish communities at a range of other locations in the English Lake District and elsewhere in the UK. Much of the latter work is carried out under commission to a range of customers and is supported by a state-of-the-art hydroacoustic system.

Molecular biological methods are valuable tools in freshwater ecology. They can help to answer questions about the occurrence of organisms, their secure identification and their interaction with environmental factors such as nutrients, temperature, light or predators. We apply molecular techniques like sequence analysis, molecular markers and molecular probes in combination with microscopy, flow cytometry, biochemical and physiological methods to answer those questions.

Our work focuses on the molecular biological estimation of the biodiversity of various phytoplankton groups in lakes and their interaction with environmental factors. This delivers valuable information about the role biodiversity plays in ecological functions. Molecular biological methods can supply monitoring programmes with new technologies for efficient identification of organisms.

Responses of lakes to climate change

Lakes can be sensitive to short- and long-term changes in the weather and so are intrinsically sensitive to climate change, either  directly or by processes taking place in the catchment. Understanding the response of lakes to climate change is of great practical importance since year-to-year changes in weather patterns can influence lake water quality, the ecological success of a particular species with conservation value and the ecological status of a lake for the Water Framework Directive.

We analyse our long-term (more than 60 years) datasets on the physics, chemistry and biology at different trophic levels for lakes of different types to understand how they have responded to past climate change. We also  make use of a network of automatic water quality monitoring stations in the UK and across Europe to provide high-resolution data on weather patterns and lake responses. This information feeds into models of lake performance such as PROTECH which can be coupled to models of climate change and nutrient delivery from the catchment, allowing us to forecast responses to climate change.

2019  Elected a Fellow of the Freshwater Biological Association