CEH scientists led the Coastal Margins chapter of the UK National Ecosystem Assessment (2011). This collated information on the extent and condition of the UK’s sand dunes, saltmarsh, machair, shingle, sea cliffs and lagoons, and identified the threats facing them and the key knowledge gaps. It also started to value some of the ecosystem services these habitats provide.

CEH is involved in the following work on coastal ecosystem services:

CEH collated the latest information on the carbon stocks held in saltmarsh, sand dunes and machair in the UK. We worked with economists at Plymouth Marine Laboratories to value the amount of carbon likely to be lost due to erosion or conversion of coastal habitats over the next 50 years.

We have collaborated with researchers in Italy to compare biodiversity and carbon values in Italian dunes.

A KESS studentship with CEH, Deepdock Mussels and Bangor University is reviewing the ecosystem services provided by shellfish in the UK.

The project will provide UK data on key services provided by mussels, oysters and scallops.

The natural environment plays an important part in the health and wellbeing of many people’s lives. Being outdoors encourages physical activity and social interaction, or can provide the opportunity for solitude and time to reflect. The natural environment has also been a rich source of art and literature and is an integral part of many cultures. There are many economic benefits too.

Coastal habitats are some of our most naturally dynamic ecosystems and are important places for people and wildlife. They provide valuable areas for recreation and protect coastal communities from flooding by buffering the effects of waves on flood defences. The coastline is also one of the most sensitive environments to the pressures of climate change. Salt marshes and mudflats are particularly affected by increased storminess and changes in sea level.

The damage and cost implications of the UK 2013-14 winter storms and floods illustrate how vulnerable society is to environmental change. Sea level rises and an increasing frequency of extreme events such as storms are predicted with climate change, placing further pressure on coastal infrastructure that protects against erosion and flooding.

Natural ecosystems provide an array of benefits which underpin our livelihoods and buffer us against extreme events such as floods. Salt marshes, in particular, are important regulators of the coastal environment providing recreational space, food, and habitat for protected species such as birds. Crucially, salt marshes protect our coastline against floods and erosion by absorbing waves and locking the soils into plant root-nets. This ‘ecosystem service’ represents a substantial economic saving on constructing coastal defences.

Head of Soils and Land Use Science Area for CEH. Resposibility for 60 staff across 3 CEH sites working in a mix of research areas involving all apsects of soil health and land use including various aspects of ecosystem services, natural capital and the land-sea interface. 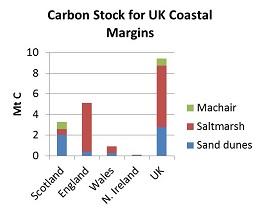 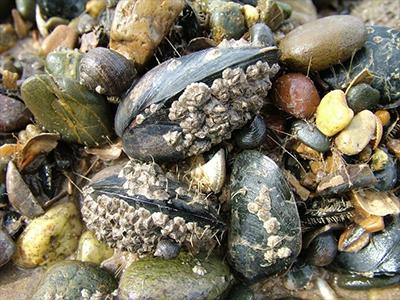