Uplands have traditionally been exploited for livestock grazing and timber production. Uplands are also of high conservation and amenity value, and important for water resources and carbon storage. Often, uplands are vulnerable to changes in land-use and climate, and need monitoring.

Our long-term climate change manipulation site is an upland heath. We study the effects of climate change within this typical upland ecosystem. Scientists can explore the link between above and below-ground diversity, and the resistance of communities to climate change. The site is also ideal for researchers investigating soil carbon dynamics, soil hydraulics and the impact of microbial communities on these processes. 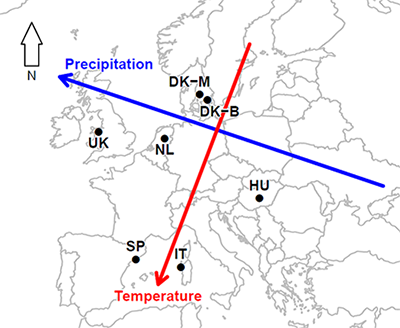 The Clocaenog monitoring site is one of the longest running climate change experiments in the UK. Research at the site has resulted in more than 60 publications to date. Our site is part of a European climate change manipulation network (INCREASE).

Sites in the network span a European rainfall (West to East) and temperature (North to South) gradient. Automated retractable curtains exclude rainfall from plots to impose extended summer droughts. A similar set of curtains cover the vegetation during night-time resulting in artificial warming.

The network offers unique facilities for scientists to study effects of climate change on shrublands. 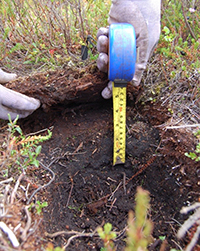 Clocaenog is an upland heathland dominated by heather (Calluna vulgaris), and has a rich moss and lichen understory. The site has very high rainfall, on average 1550 mm each year. The average air temperature is about 7°C. The Clocaenog site is the wettest site of the European rainfall gradient.

The ecosystem holds large pools of carbon. The top 0-10 cm of the soil are organic material and are made out of 100 % carbon. Below the organic layer is a mineral soil layer (10-20 cm), containing ~ 40 % carbon.

Data from the experiment have been used in several modelling exercises and cross ecosystem syntheses.

Our aim is to understand the effects of climate change on ecosystem services. We are specifically interested in ecosystem carbon storage, water storage and diversity.

Climate change manipulations at Clocaenog comprise three untreated control plots, three drought and three warming plots. The warming treatment increases air temperature by ~0.2 °C. Although this is a subtle increase, the number of growing degree days in the warming plots is increased by 111 %. The drought treatment operates May-September, reducing summer rainfall by about 60 %. 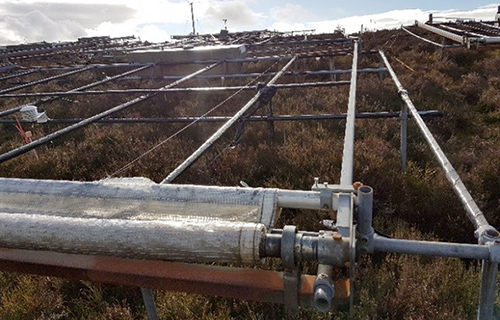 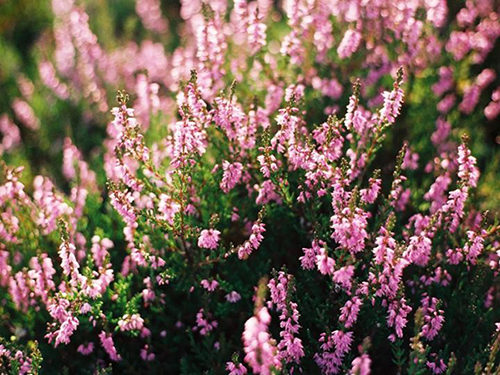 Soil: We have the equipment to measure soil physical properties such as soil water release curves and hydraulic conductivity. Within CEH, we have the facilities to measure phospholipid fatty acids and the microbial community composition. 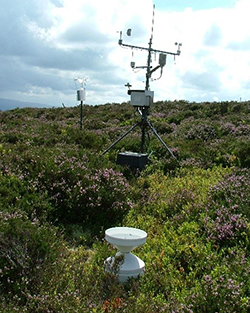 Available datasets can be requested here.

The focus of our research is to understand ecosystem responses to climate change. The Clocaenog field site is a platform to test hypotheses related to responses of organo-mineral soils to climate change. The Clocaenog site also represents an extreme ecosystem within the European gradient, and data are valuable in synthesis and meta-analysis studies.

The following news and blog posts give more details on the site and some of our research:

Concern for many butterfly species despite ‘good year’ for populations
END_OF_DOCUMENT_TOKEN_TO_BE_REPLACED