A recent increase in winter mortality in Atlantic puffins could be due to worsening conditions within the North Sea, according to new findings published in the scientific journal Marine Biology. 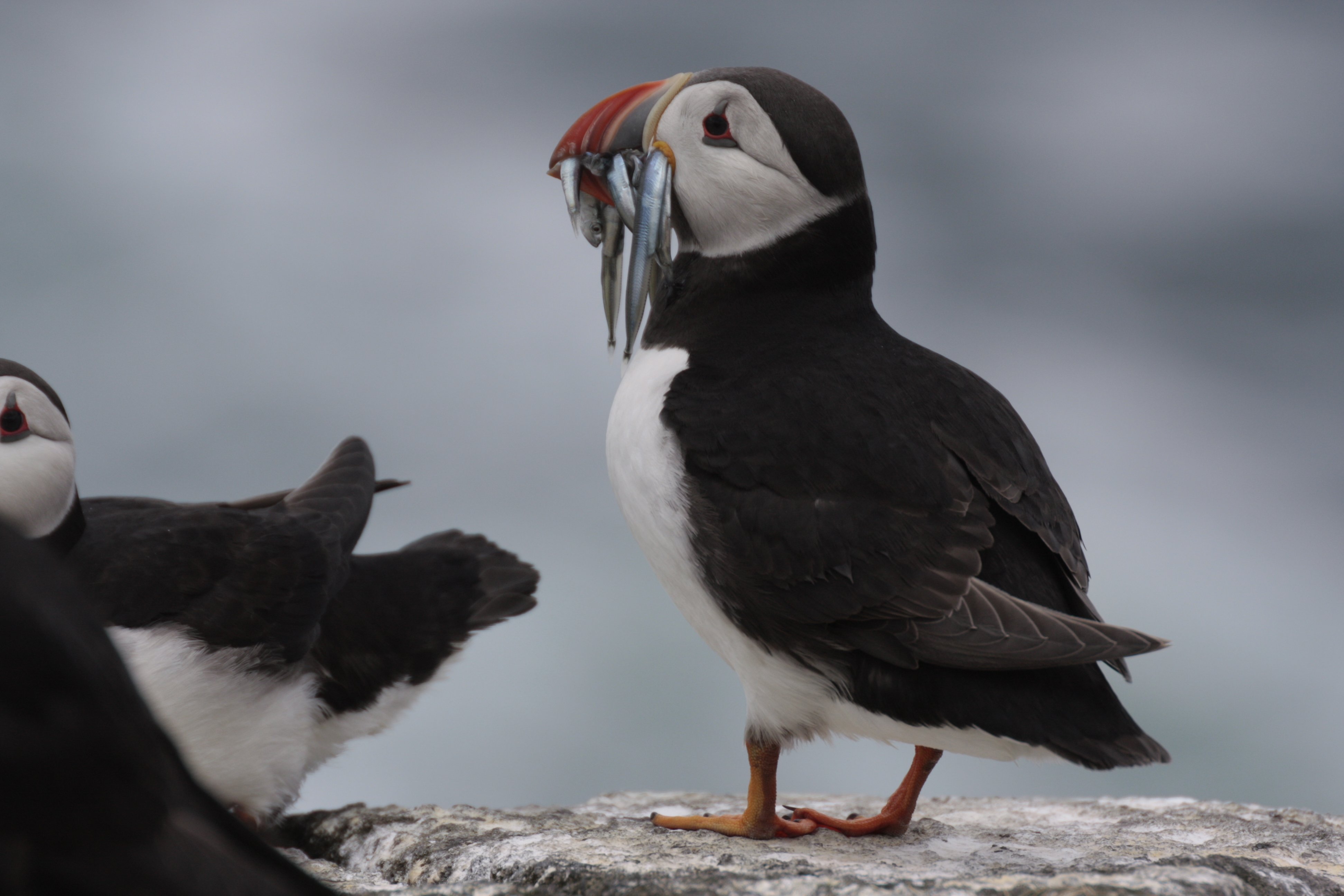 The study used geolocation technology to track puffins from the Isle of May National Nature Reserve, home to the largest colony of puffins in the North Sea. The puffin population on the Isle of May has declined by 30% in recent years.

The research team included scientists from the Centre for Ecology & Hydrology and the British Antarctic Survey and was led by Professor Mike Harris, Emeritus Research Fellow at CEH, who has studied puffins for 37 years.

Professor Harris said that modern technology had come to the aid of the puffin just when it was needed. "The quarter of a million puffins that breed in north-east Britain head out to sea during the winter and we previously thought that they stayed in the North Sea," he said.

"We now know that some make long trips into the Atlantic. This is vital new knowledge which should help us explain recent declines in puffin numbers."

Most seabird mortality occurs during the winter when food abundance is depressed, weather conditions are poor and shorter days restrict foraging opportunities.

Data from the new logging devices shows the birds are travelling greater distances into the Atlantic, where they have to adapt to different habitats, and for longer periods. Since there was an unprecedented mortality of adult puffins over the 2007/2008 winter, the results suggest that conditions in the North Sea may have become less favourable for puffins in recent years, forcing the birds to move into the Atlantic.

The British Antarctic Survey has pioneered the development of miniaturised loggers for tracking large-scale movements and fine-detail activity patterns of seals, terrestrial birds and, particularly, seabirds. They have provided numerous insights into habitat use, migratory connectivity, and variation in distribution. 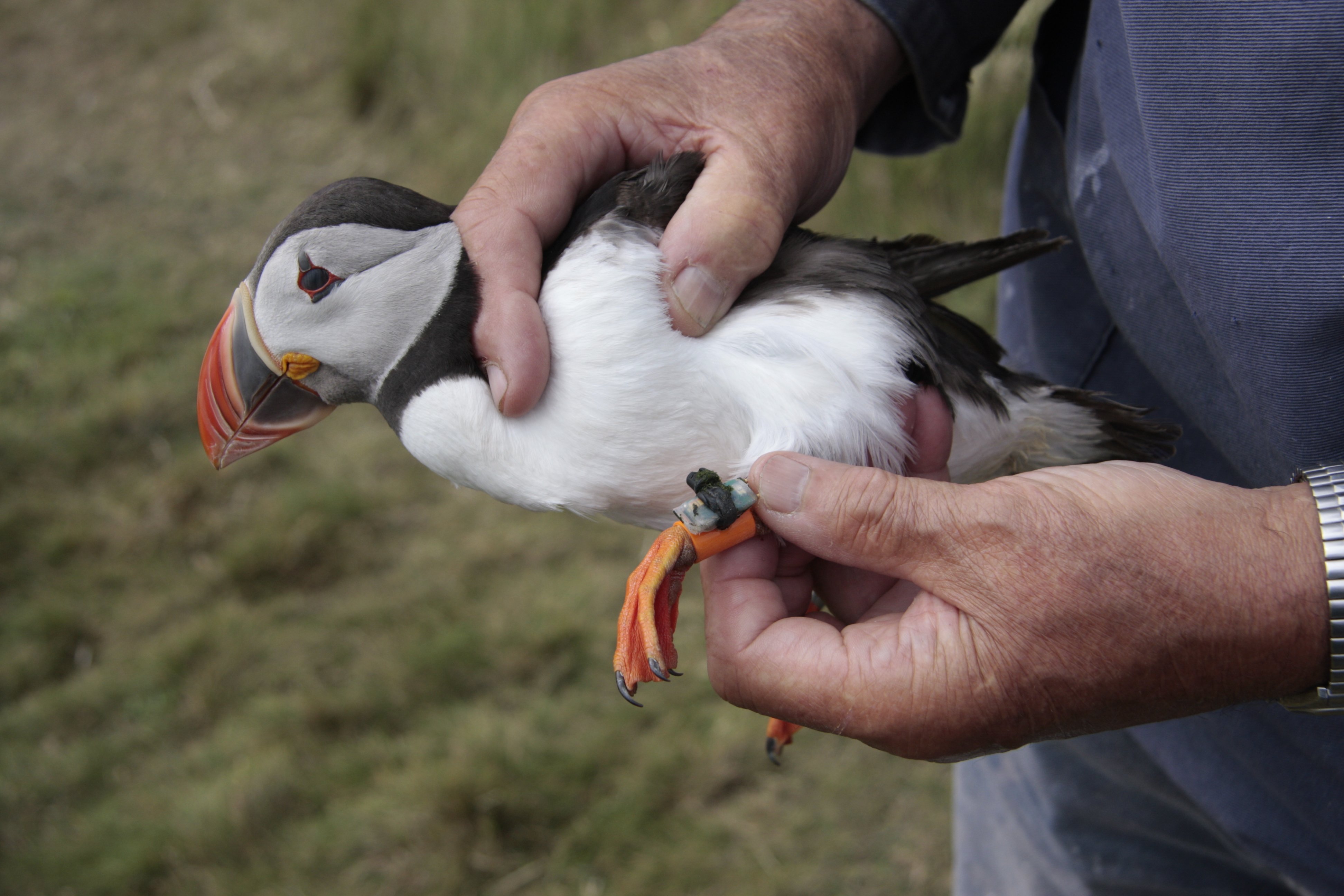 Logging devices weighing 1.5g were deployed on 50 puffins on the Isle of May reserve during the 2007/2008 winter. Data was downloaded from 13 of these geolocators, with the records showing that more than three-quarters of the birds made excursions lasting between one and four months into the Atlantic between successive breeding seasons.

Previous studies have shown that puffin numbers at the two largest colonies on the east coast of Britain declined by 30% between 2003 and 2008 following rapid population increase over the previous 40 years. Further counts in 2009 have confirmed the decrease, and also recorded a decrease at two other colonies.

Co-author Dr Francis Daunt, also from CEH, said that although the factors causing the recent changes in puffin distribution and mortality required further study, he was confident the new approach, combining data from logging devices together with other information on changing conditions in the North Sea, would help improve understanding of what is a complex ecological issue.

The Isle of May National Nature Reserve is situated off the coast of east Fife in south-east Scotland. It is a rocky island, about two km long and 400 m wide. It is managed by Scottish Natural Heritage, the Scottish Government's advisor on all aspects of nature and landscape across Scotland. The island is home to about 40,000 pairs of Atlantic puffins, as well as common guillemots, razorbills, black-legged kittiwakes, European shags, Atlantic puffins, herring gulls and lesser black-backed gulls. The resident puffin population attracts many thousands of visitors each year.

The Natural Environment Research Council funded the study. Scottish Natural Heritage supplied permission for the authors to work on the Isle of May National Nature Reserve and the British Trust for Ornithology supplied the recoveries from their Ringing Scheme that is funded by a partnership of the British Trust for Ornithology, the Joint Nature Conservation Committee (on behalf of Natural England, Scottish Natural Heritage and the Countryside Council for Wales, and also on behalf of the Council for Nature Conservation and the Countryside in Northern Ireland), The National Parks and Wildlife Service (Ireland) and the ringers themselves.

The research is published online in the journal Marine Biology. The paper reference is: