The first meeting of the Natural Capital Initiative, Valuing our Life Support Systems, was held in London from 29 April - 1 May. Influential speakers - including the Rt Hon Eliot Morley MP, Lord May of Oxford and Professor John Beddington, Government Chief Scientific Adviser - discussed the challenge of putting a price on the environmental goods and services which we need to survive in front of an audience of over 300 representatives from the public, private and non-governmental organisation (NGO) sectors.

The symposium was aimed at generating support for Defra’s implementation of the ecosystem approach, to help protect and enhance 'natural capital'. The event specifically aimed to identify gaps in science, policy and implementation measures that are preventing the approach from being applied.

The ecosystem approach was recommended by the Millennium Ecosystem Assessment Report, which found that the Earth’s ecosystems have changed so significantly and rapidly over the last 50 years that they may not be able to support human life in the future.

The Natural Capital Initiative is chaired by Professor Rosie Hails of the Centre for Ecology & Hydrology. Professor Hails said, “We urgently need to develop a new approach which explicitly values, considers and manages the trade-offs involved in any decision which affects the environment. The Valuing our Life Support Systems symposium was an excellent first step along this path which will be built on by future Natural Capital Initiative events." 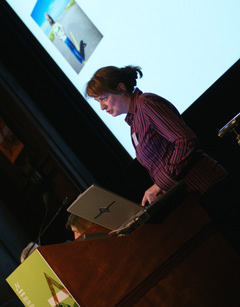 Several themes emerged during the three-day meeting. The need for greater inter and multi-disciplinary working was picked up by speakers and participants, as was the need for a better language to communicate the concept of ecosystem services. Empowering and enabling communities to take action to secure the services they want from their environment was a key message, possibly involving innovative new models of taxation. Another theme was the need for greater evidence of the role of biodiversity in providing ecosystem services, and the need to understand which ecosystem services are being provided in particular areas.

Presentations from Tesco, Eurostar, Centrica, Water UK and the National Farmers Union highlighted private sector action towards improving its impact on the environment. Business responds to consumer demand, but Richard Brown, CEO of Eurostar, stressed that business should also be leading the way and not waiting for legislation to force companies to take action.

Lucy Neville-Rolfe, Director of Corporate and Legal Affairs, Tesco, said,  “Our business is dependent on the health of our natural 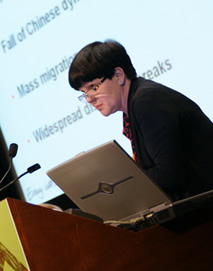 resources and ecosystems which is why we put caring for the environment at the heart of our business. For example from setting challenging emission and packaging reduction targets, through to carbon labelling some of our products and helping our customers reduce their impact too. We know that even when consumers are trying to save money, the environment is still a priority for them so we will continue to make greener choices more affordable for our customers.”

Is the UK ready to rethink its stance on GM? 28 April 2009: Professor Rosie Hails, chair of the Natural Capital Initiative, argues we need a new GM debate.