The UK’s water resources outlook is very healthy but there is a high risk of further flooding according to the latest update to the UK’s most authoritative analysis of water resources status. 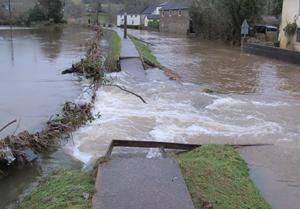 The analysis is contained in the latest monthly hydrological summary for the UK, covering the month of December 2012. The monthly summaries are produced by the National Hydrological Monitoring Programme, operated by the Centre for Ecology & Hydrology (CEH) in conjunction with the British Geological Survey.

Jamie Hannaford, from the Centre for Ecology & Hydrology, said, “The water resources outlook for 2013 is very healthy but, with soils saturated across the UK, there is high risk of further flooding in the late winter and early spring of 2013. With several months of the recharge season left, and a considerable amount of water still draining through the unsaturated zone, more extensive groundwater flooding is probable given the high levels in our chalk aquifers.”

The latest Monthly Hydrological Summary for the UK gives details of: