A consortium of scientists from six UK universities and research institutes has been awarded a £2.5 million grant to create the world’s first satellite-based global lake surveillance system, to monitor how lakes and reservoirs are being affected by environmental change. 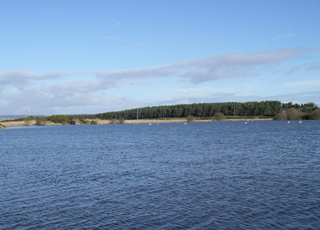 Funded by the Natural Environment Research Council (NERC), the consortium project, entitled GloboLakes, will be led by the University of Stirling. The consortium also includes the universities of Dundee, Edinburgh and Glasgow, the Centre for Ecology & Hydrology (CEH) and the Plymouth Marine Laboratory. The project will collaborate with over 20 additional partner organisations around the world.

Previous research has already shown how the ecological structure and function of lakes can be damaged by external changes such as the influx of certain nutrients, increased sediment load and climate change.  Frequently the changes lead to algal blooms that can deplete oxygen concentrations and produce toxins that are harmful to human health.

GloboLakes will revolutionise lake research, allowing monitoring to be carried out on an unprecedented scale and will provide the power to detect even the smallest changes.  Additionally, by monitoring other environmental conditions, the project will produce a step-change in scientists’ ability to understand and attribute the causes of change within lakes - a task which has been arduous thus far.

Lead scientist Dr Andrew Tyler from the University of Stirling said, “There are approximately 304 million lakes worldwide which are important for biodiversity and provide many ecological goods and services vital to human survival, such as the supply of fresh water, food and energy.  They are also important for the facilitation of carbon cycling, flood alleviation and recreational pursuits. Yet despite their importance and sensitivity to change only a very small number of lakes have been studied consistently and in any detail.”

Professor Stephen Maberly, Head of the Lake Ecosystem Group at CEH, said, “This project will help to cement the UK’s position at the forefront of international research on freshwater ecosystems and will benefit the environment, society and industry. Information garnered will provide essential knowledge on the condition and response of lakes to environmental change, which will prove invaluable for the monitoring and management of lakes and reservoirs in the future.”

This project will observe the conditions of more than 1000 lakes around the globe in a consistent way and also retrospectively, by using archived images from over a decade ago.  This research should allow deeper insights to be gained into their responses to environmental change and enable the scientific team to develop an early warning system to detect the onset of harmful algal blooms.

The University of Stirling issued a press release to announce the launch of GloboLakes.

GloboLakes builds on the forthcoming launch of next generation satellites by the European Space Agency’s programme Global Monitoring for Environment and Security and relies on the latest technological and scientific advancements: improved satellite technology, recent developments in the algorithms for satellite image analysis, and the increase in computing power enabling near-real time processing of large volumes of data.

Satellites due to be launched during the course of the project, called Sentinel 2 and 3, will provide images at greater spatial and temporal resolution allowing data to be gathered from lakes that were previously too small to be observed from space and at a higher frequency.