The UK Lakes Portal is a new online gateway to discover the lakes of the United Kingdom, linking data from many institutions into one national hub. 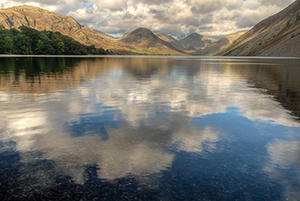 With more than 40,000 lakes represented, a third of those with detailed information on their catchments, the scale of this new portal hosted by the Centre for Ecology & Hydrology is unprecedented for freshwater research in the UK.

The portal includes physical, environmental, and water chemistry data compiled from an extensive set of sources over many years. In addition, integration with the National Biodiversity Network displays biology data, while anyone can observe and record species observations at any lake in the UK, using iRecord to contribute new information.

Beginning life in 2004 as a GIS-based inventory of British standing waters, the portal has been gradually accumulating data to become an extensive and comprehensive resource for lakes in the United Kingdom. This vast dataset is now online and fully accessible to the public.

Professor Rosie Hails, Director of Biodiversity and Ecosystem Science at the Centre for Ecology & Hydrology, said,

“The UK Lakes Portal is a product of excellent collaboration between the Centre for Ecology & Hydrology, University College London and the UK conservation and environment agencies. This is one of many natural capital portals that we hope to develop in the future as an evidence base to support policy and decision making."

Alongside development of the portal, a comprehensive freshwater species list for the UK has been created, including information on non-native species. This will be integrated into the portal as part of a move to create an extensive Natural Capital Hub for UK lakes, aligning the portal with a landscape approach to ecological research. 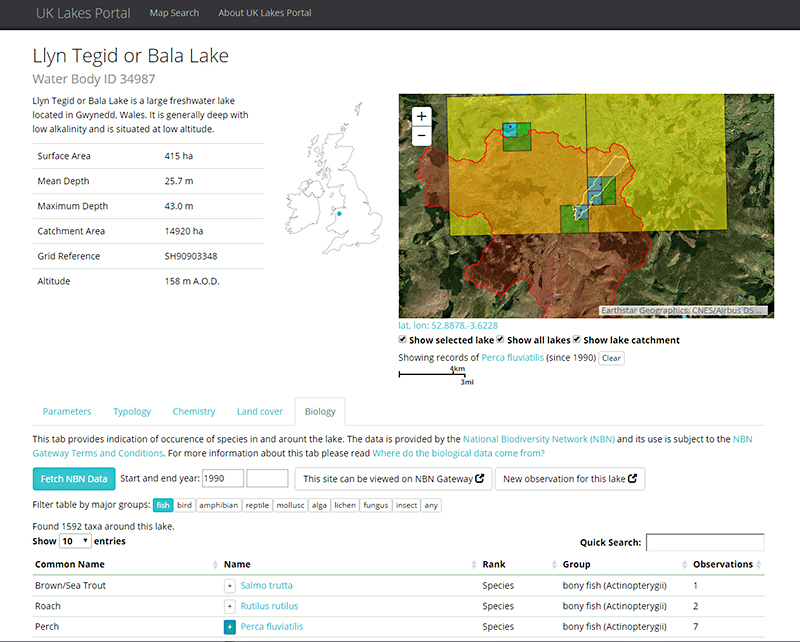 A number of initiatives have also been undertaken to ensure information in the portal is continually updated, including establishing links with National River Flow Archive data and a new application to gather missing attributes from lakes in the database. Links with other datasets are important as the portal becomes a national gateway to UK lakes data, with other portals and new projects, such as NERC Hydroscape, already establishing direct links to its data.

Laurence Carvalho, Freshwater Ecologist at the Centre for Ecology & Hydrology said “The UK Lakes Portal is a fantastic new resource for both scientists and the local citizen scientist interested in finding out more about their local lake and the biodiversity found within it. It has the potential to help us value the benefits we gain from UK lakes and answer questions such as how well connected is biodiversity across UK Lakes and how fast are invasive species spreading across UK freshwaters?”

The original development of the underlying database was jointly funded by the Environment Agency, Natural England, Countryside Council for Wales (now Natural Resources Wales), and the Scotland and Northern Ireland Forum for Environmental Research (SNIFFER).