Summer of success for Biological Records Centre at CEH

Congratulations to the Biological Records Centre (BRC) at CEH, and in particular to scientists Dr Tom Oliver, Dr Chris Preston and Dr Helen Roy, who have each recently picked up prestigious awards for their work. Rounding off the success, the BRC stand at last week’s Gardeners’ World Live Show at the NEC in Birmingham received a Highly Commended award from the show organisers. 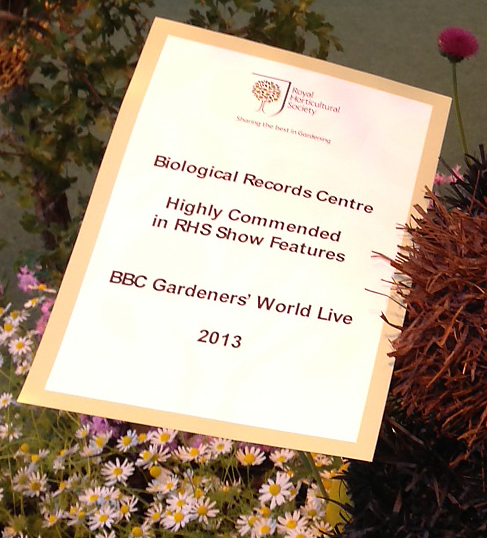 Director of CEH Prof Mark Bailey said, “I’d like to add my personal congratulations to the recipients of the four awards. They are a well deserved recognition of the contribution our scientists make in advancing ecological research whilst working closely with the wider society. CEH's Biological Record Centre plays a major role in promoting the importance of biological recording, a critical tool for protecting and assessing the status of our biodiversity.”

Enthusiasm, buzz and wildlife stories from across the country - Blog post from Gardeners' World Live