Scientists at the UK-based Centre for Ecology & Hydrology (CEH) and the Natural History Museum, London have revealed the diversity of ecological and environmental citizen science for the first time and shown that the changing face of citizen science around the world is being fuelled by advances in new technology. 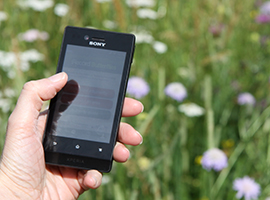 The study, the first of its kind to quantitatively explore the diverse range of approaches to ecological and environmental research carried out by volunteers, shows that citizen science is on the rise due to the availability and innovative use of online databases, digital cameras and smartphones.

The researchers only found 20 ecological and environmental projects that had begun before 1970, but this had increased to more than 500 over 40 years later in 2014, with a consistent 10 percent increase in the number of projects every year during the 1990s and 2000s.

...citizen science is on the rise due to the availability and innovative use of online databases, digital cameras and smartphones.

They showed that the diversity of projects that are available for people to participate in has increased over time, and that this seems to be driven in large part by advances in new technology.

Since 2010 more and more citizen science is taking place as part of ‘mass participation’ projects conducted using smartphones, whereas the projects that started back in the 1990s tended to involve structured monitoring – recording animals, plants or water quality at the same places time after time. These structured projects are still a major part of the citizen science landscape but new approaches making use of new technologies have added to the diversity.

Dr Michael Pocock, an ecologist from the Centre for Ecology & Hydrology in Wallingford, UK, who led the research, said, "Citizen science – the involvement of volunteers in real scientific research and monitoring - is becoming more and more popular. We have shown how this includes projects for expert volunteers to contribute their knowledge, for children to answer scientific questions, and for anyone to get involved in recording." 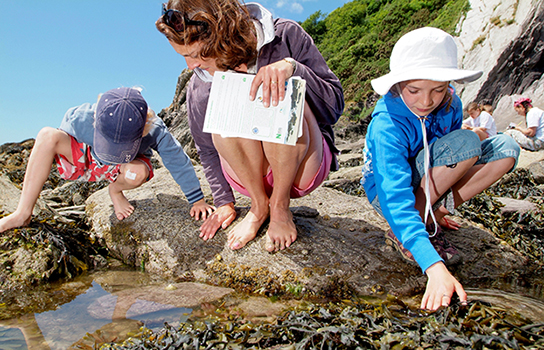 The study, published online by PLOS ONE, showed that the increase in the diversity of citizen science over time is because we are constantly developing new ways of doing citizen science which adds to, rather than replaces, previous approaches. This innovation is driven by factors such as new technology – from digital cameras, smartphones and tablets – and new methods of scientific analysis.

Of the 509 projects discovered, the majority (77 percent) were focused on biodiversity – such as bird or bee monitoring – rather than concerns with the abiotic environment, for example water quality or atmospheric pollution.

We are constantly developing new ways of doing citizen science which adds to, rather than replaces, previous approaches.

Co-author Professor Helen Roy, an ecologist from the Centre for Ecology & Hydrology in Wallingford, said, "The way in which volunteers have been involved in science, particularly documenting their wildlife observations over the centuries, is inspiring – and we consequently have an amazing legacy on which to build. It is exciting to see the imaginative ways in which scientists and citizen scientists are working together."

Co-author Dr John Tweddle, Head of Angela Marmont Centre at the UK’s Natural History Museum in London, UK, said, "The tremendous diversity of citizen science approaches means that it has never been easier to get involved in scientific studies of our wildlife and environment. At a time of pressing environmental concern, this gives real cause for optimism."

The researchers conclude that understanding the diversity of citizen science in ecology and the environment helps organisers of new citizen science projects to be better informed about the range of approaches that are available. This in turn, the report’s authors say, will enable better citizen science to be developed for the benefit of both participants and science.

The study was funded by UK Environmental Observation Framework (UKEOF).

CEH issued a press release for this story. Contact the CEH Press Office for further details and interview requests.

Michael previously wrote a blog post about why he helped develop a guide to Choosing and Using Citizen Science.

See the other citizen science guides from CEH