The first major review of trends in terrestrial ecology at 12 key sites within the UK Environmental Change Network (ECN) has shown that soils, vegetation and animal communities responded to environmental change over the 15-year study period. 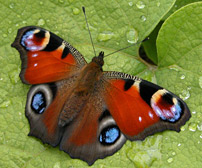 The findings, published in the journal Biological Conservation, have been drawn from data collected throughout the UK between 1993 and 2007.

The Environmental Change Network is coordinated by the Centre for Ecology & Hydrology (CEH) and sponsored by a consortium of 14 UK government departments and agencies, and research organisations. It seeks to identify and understand long-term changes in UK ecosystems. Data are collected at sites ranging from upland areas such as the Cairngorms and Snowdonia to lowland sites located in southern England and Northern Ireland.

All sites studied experienced increases in temperature over the analysis period. The acidity of rainfall fell sharply, particularly at sites where atmospheric pollution is highest in the south of the country. Both these patterns are characteristic of wider changes across the UK. Reductions in the acidity of rainfall were associated with a trend toward less acidic soils.

Trends in nitrogen pollution differed between sites, but levels of ammonia (a nitrogen-containing gas released from intensive agriculture that acts as a plant nutrient source) remain high at some sites.

"The great strengths of the Environmental Change Network are that we are monitoring both the key drivers of change and a wide range of components of the ecosystem in the same location, and that this is repeated at sites across the UK."

Changes aren't confined to insects. Pipistrelle bats showed significant increases at several of the monitoring sites, while wetter weather in more recent years may explain a decline in short-lived “weedy” plants such as chickweed and common mouse ear at lowland sites, reversing an increase associated with drought in the early years of monitoring. However, there was no clear evidence of changes in plant communities in response to decreased soil acidity.

Network coordinator and co-author Don Monteith from CEH said, “The great strengths of the Environmental Change Network are that we are monitoring both the key drivers of change and a wide range of components of the ecosystem in the same location, and that this is repeated at sites across the UK.”

He added, “By combining our observations with more widely spread surveys of individual plant and animal groups, and by encouraging the use of Environmental Change Network sites for experiments, we greatly enhance our ability to detect and attribute the causes of environmental change. This is essential for the development of conservation policy and management in the 21st century." 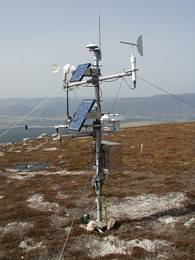 The research team state in the paper that the first 15 years of the ECN have provided a clearly defined ecological baseline for these sites against which future changes can be judged and conservation responses developed. The data are already beginning to pick up signals of change in a range of measurements at contrasting sites, raising a number of important questions that the scientific team are now investigating in greater detail.

Lead author Dr Mike Morecroft, formerly with CEH and now Principal Climate Change Specialist at Natural England said, “Climate change is one of the major contemporary issues in ecology and presents the most profound challenge for conservation in the coming decades. The need for reliable monitoring of environmental change, both physical and biological, is greater than ever.” He added, “Our analysis does suggest that climate change is starting to influence some aspects of the ecology of the UK.  It also shows that climate change must be addressed in the context of a wide range of other environmental issues, such as changes in air pollution.”

The UK Environmental Change Network (ECN) is the UK’s long-term, integrated environmental monitoring and research programme. ECN gathers information about the pressures on and responses to environmental change in physical, chemical and biological systems. Coordination by the Centre for Ecology & Hydrology is part-funded by Defra, and supported by a consortium of 13 further sponsoring organisations and seven research organisations. ECN provides data relevant to issues such as climate change, air and water pollution, land use change and biodiversity loss. ECN was established in 1992 and consists of 12 terrestrial sites in the UK. A further 45 freshwater sites also contribute data to the ECN central database.