The UK registered its wettest September since 2000 last month, as autumnal weather patterns brought significant pulses of rainfall to most areas.  Accordingly, river flows increased smartly, spate conditions and flood alerts were relatively common, and inflows to most upland reservoirs were substantial. 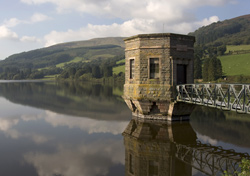 While there were notable rainfall events in some western and northern areas, such as Northern Ireland which had its second wettest September since 1981, rainfall totals were below average across much of central and southern England, leading to continuing soil moisture deficits, groundwater levels recessions, and reservoir stocks continuing their seasonal decline in these areas.

This analysis is contained within the latest monthly hydrological summary (for September 2010) produced by the National Hydrological Monitoring Programme, operated by the Centre for Ecology & Hydrology in conjunction with the British Geological Survey.

The summary states, “The wetness of the late summer and early autumn has substantially moderated medium term regional rainfall deficiencies and in some, mostly western, areas the focus of hydrological stress has shifted from drought to flood risk. However, in much of the English Lowlands, above average late autumn rainfall would be particularly welcome to initiate and maintain groundwater level recoveries.”