Scientists call on the public to help monitor invasive species

The new Recording Invasive Species Counts (RISC) project will encourage members of the public to record sightings of six invasive non-native plants and animals within the UK. 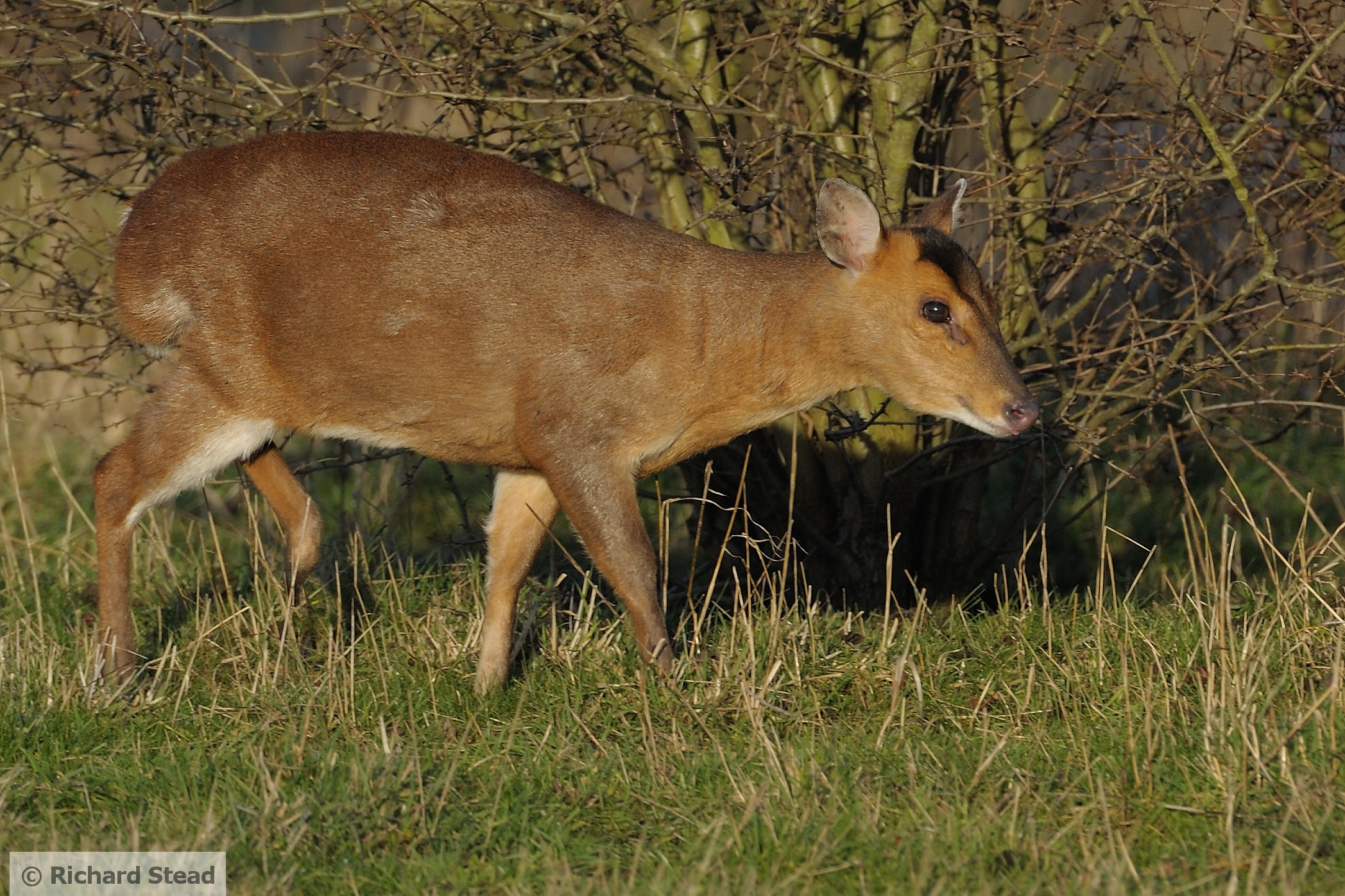 The RISC project is a collaboration between the Centre for Ecology & Hydrology, the National Biodiversity Network, Anglia Ruskin University and the GB Non-Native Species Secretariat.  Funding has been supplied by Defra. The project is part of the Great Britain Non-Native Species Information Portal which is gathering information on 3,800 non-native species.

Data collected by RISC will help scientists both understand the distribution and ecology of six non-native species, and investigate their impacts on wildlife in the UK. The selected species are Muntjac Deer, Chinese Mitten Crab, Zebra Mussel, Tree of Heaven, American Skunk Cabbage and Creeping Water Primrose.

Species sightings will be submitted online and subsequently checked by experts from the relevant national biological recording scheme.  Once verified, records will be added to a national database of species distribution information held by the GB Non-Native Species Secretariat and made available through the National Biodiversity Network (NBN) Gateway, which holds data for almost 50 million species records found in the UK.

RISC is based on the on-line system that has been used for the Harlequin Ladybird Survey since the species was first reported in the UK in 2004. The Harlequin survey, due to a hugely enthusiastic response from the public, has so far successfully collected over 35,000 records of this invasive non-native species.

Dr Helen Roy, Centre for Ecology & Hydrology and RISC project leader, said, “People’s enthusiasm for recording wildlife is inspirational. Over the last five years thousands of people across Britain have contributed records to the Harlequin Ladybird Survey, providing valuable insights into the ecology of this invasive species, its spread throughout the country, and its impact on native wildlife. I am sure that the new surveys launched today, within the Recording Invasive Species Counts project, will be just as successful.”

Welcoming the project Wildlife Minister Huw Irranca-Davies said, “Non-native species that become invasive are one of the greatest threats to wildlife worldwide.  They are estimated to cost the British economy at least £3billion a year, and their impacts can be far reaching – they have adverse impacts on our native wildlife by predation, competition and spread of disease.  They can threaten economic interests such as agriculture, forestry, fisheries and development.”

Defra has commissioned the development of the GB Non-Native Species Information Portal (GBNNSIP).  The portal will act as a hub for information about all non-native species in Great Britain. The portal is being developed by the Biological Records Centre at the Centre for Ecology & Hydrology and will link directly to the National Biodiversity Network in order to provide the most current maps and information.  In addition to distribution data and basic information for approximately 3,000 non-native species, the portal will also provide detailed information about several hundred invasive non-native species. The Non-native Species Secretariat has responsibility for helping to coordinate the approach to invasive non-native species in Great Britain and is responsible to a Programme Board which represents the relevant governments and agencies of England, Scotland and Wales.

** Update ** The project has been extended to include sightings of the following species: Floating pennywort, Water fern, Citrus longhorn beetle and American bullfrog. Full details on the RISC website.

A press release was issued to accompany the launch of the RISC project.

Recording Invasive Species Counts (RISC) was launched at the Linnean Society of London on 22 March 2010.

The National Biodiversity Network (NBN) is a collaboration of the UK’s wildlife organisations, the government and country agencies, and many voluntary groups, all of whom are committed to making biodiversity information available.  The principal way in which the NBN does this is through the NBN Gateway, which acts as a “data warehouse” for biodiversity information. The NBN Gateway currently holds almost 50 million species records and is an easy point of access to a very large amount of species data for the UK.