Political and economic theorists could learn lessons from studying how an ant colony allocates food resources, according to the authors of a new paper recently published in the scientific journal The American Naturalist. 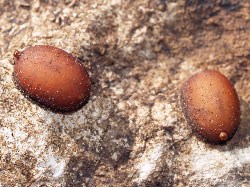 Many political systems use regulations and legislation to curb resource overexploitation. In the new study the scientists found that ant colonies can ‘benefit’ from an external ‘parasite’ which curbs resource overexploitation by resident queens, resulting in increased production of female offspring with queen potential. This increased number of ‘potential new queens’ implies a boost to colony efficiency and ‘fitness’ (or health).

The team first studied colonies of the ant Formica lemani concluding that ant colonies infested with larva of the predatory parasitic hoverfly Microdon mutabilis produced more new queens than uninfected colonies. These results were published in Ecology Letters in 2006. The next stage was to develop a theoretical model to simulate the probable mechanisms behind the increased production of potential new queens.

For potential new queens to develop successfully they need a specific level of resource. With many other worker larvae to feed food resources can be limited. Results from the 2006 study showed that the presence of the parasitic hoverfly reduces ant larvae numbers, thereby increasing the share of food available for each surviving larva including the potential new queens.

Predictions from the model created for the latest study indicate that predation on the young ant brood by the hoverfly could be responsible for an increase in the production of new queens, achieved through a re-routing of food resources.

Paper co-author Dr Karsten Schönrogge, an ecologist at the Centre for Ecology & Hydrology, said, “The allocation of food resources within an ant colony has interesting parallels in the way we manage our society and environment in a sustainable manner. It is easy to visualise the ‘Tragedy of the Commons’ scenario unfolding within uninfected ant colonies, where a shared and limited resource is depleted through unregulated access resulting in over-exploitation to the detriment of society.”

In an infected colony the presence of the hoverfly ‘parasite’ has a negative effect on total larva numbers, but it ‘benefits’ the colony as a whole with the net effect being a greater number of new potential queens than in a non-infected colony.

The model also predicts that the increase occurs only at the beginning of a Microdon infection period, and a reanalysis of the original results showed that this prediction is indeed supported by real world observations.

Dr Schönrogge added, “Ant foraging behaviour has previously been modelled by computer scientists and ecologists, resulting in the ant colony optimization algorithm (ACO), a major advance in the computing sector. Ants are one of the most successful animal groups on the planet and the next questions for ecologists and political theorists is how resource management within ant colonies might affect interactions with surrounding related or unrelated competing colonies and how that would be mirrored in human societies.”