A new atlas is published this week mapping the distribution of the 60 species of flea found in Britain and Ireland.  The atlas is the result of over 50 years of work by former World War Two fighter pilot and science teacher, Bob George from Bournemouth.  The new publication, the first comprehensive atlas of fleas in Britain, is an output from the UK Biological Records Centre (BRC) run by the Centre for Ecology & Hydrology.

Fleas are wingless insects that are usually found in the nests, or on the bodies, of a wide range of mammals and birds.   They depend on the blood of birds and mammals to survive and can transmit disease within and between species of animals and on some occasions between animals and humans.

Bob George began collecting information about British and Irish fleas in 1950.  Correspondence with the leading siphonapterist (flea expert), Frans Smit, and the eminent naturalist, Miriam Rothschild, encouraged him to develop his work into a national recording scheme which began in 1964.

The front cover of the new Flea AtlasBob George said: “I took on fleas because no-one else would, but it has certainly provided me with a life time’s work which will hopefully go on for many more years.  It is a great pleasure to see this edition of the atlas published, though when compared with that of more popular groups, such as butterflies and dragonflies, it is obvious that there is much work still to be done.”

Dr Helen Roy from the Centre for Ecology & Hydrology who co-ordinates biological information for the BRC said: “The Biological Records Centre is reliant on the work done by volunteers such as Bob George. The story behind the atlas is truly inspiring, representing one man’s lifelong commitment to biological recording and natural history.”

An initial version of the ‘Flea Atlas’ was published by the BRC in 1974. The new Atlas includes distribution maps, species accounts, details about flea hosts and a range of other information.

Dr Roy added: “The new flea atlas is the latest in a long line of atlases from the Biological Records Centre which cover the wide spectrum of Britain’s flora and fauna including beetles, butterflies, mosses, lichens and dragonflies.  The atlases are a vitally important resource to those engaged in understanding and managing Britain’s changing biodiversity.”

Media enquiries about this work should be directed to the Centre for Ecology & Hydrology Press office. A press release was issued before publication which can be found here.

Copies of the atlas can be obtained from the CEH publications service. Click here for details.The atlas is priced at £8.  The full reference is R.S George (2008) Atlas of the Fleas (Siphonaptera) of Britain and Ireland.  98pp. Field Studies Council. ISBN 978-0-95576-723-4

Fleas (Siphonaptera) are wingless insects that are usually found in the nests, or on the bodies, of a wide range of mammals and birds.

Some 60 species of flea occur in Britain, around 2600 species worldwide.

The rarest flea is a Ceratophyllus fionnus.  It is only found at high altitudes (650 m and above) and has only been collected from shearwater nest burrows on the mountain of Hallival on Rum (Scottish island in the Inner Hebrides). 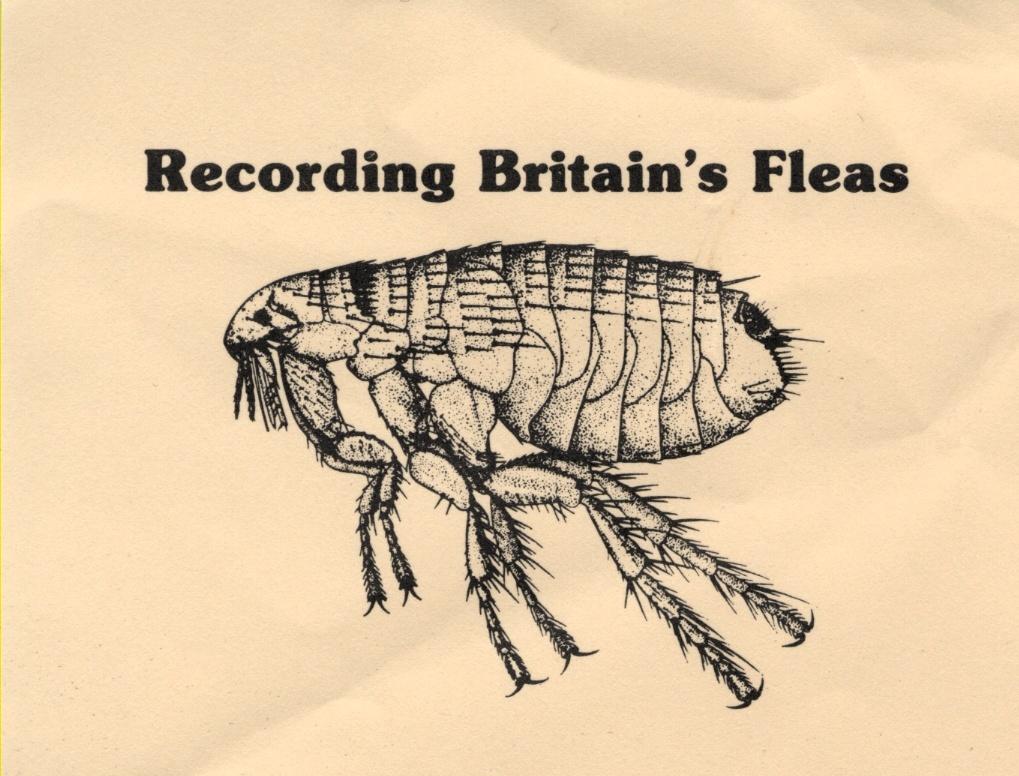 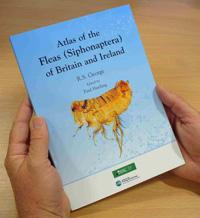