Last week, staff from the Centre for Ecology & Hydrology joined more than 200 scientists from 66 European research institutes and more than 25 countries to work with European policymakers to develop scientifically sound, evidence-based recommendations on how to implement and realize the 2020 European Biodiversity Strategy. 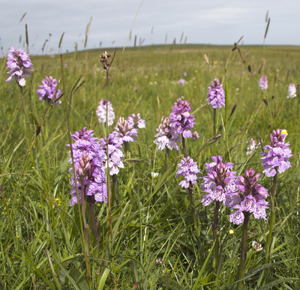 The scientists and policymakers were participating in a conference organized by the European biodiversity research network ALTER-Net, of which CEH is a partner, and the European Commission.

European Commission representatives agreed to use the conference’s recommendations within the European policy development arena.

The six recommendations are:

ALTER-Net brings together 26 leading scientific institutes from 18 European countries. They share the goal of integrating their research capability to assess changes in biodiversity, analyse the effect of those changes on ecosystem services and inform the public and policymakers on the issues at a European scale. Originally funded by the European Union’s Framework VI program to stimulate a collaborative approach, ALTER-Net is now operating independently.

Being an independent science-policy interface network working on biodiversity and ecosystem (services) issues, ALTER-Net wants to positively help the EU in realizing their biodiversity targets by providing its scientific knowledge, e.g. by pointing out possible weaknesses, opportunities and necessities, and by helping to find solutions and evidence-based actions.