Plants absorbed carbon dioxide more efficiently under the polluted skies of recent decades than they would have done in a cleaner atmosphere, according to new findings published in Nature.

The results of the study have important implications for efforts to combat future climate change, which are likely to take place alongside attempts to lower air pollution levels.

The research team included scientists from the Centre for Ecology & Hydrology, the Met Office Hadley Centre, ETH Zurich and the University of Exeter.

Lead author Dr Lina Mercado, from the Centre for Ecology & Hydrology, said, "Surprisingly, the effects of atmospheric pollution seem to have enhanced global plant productivity from 1960 to 1999. This resulted in a net 10% increase in the amount of carbon stored by the land once other effects were taken into account."

An increase in microscopic particles released into the atmosphere (known as aerosols), by human activities and changes in cloud cover, caused a decline in the amount of sunlight reaching the Earth’s surface from the 1950s up to the 1980s (a phenomenon known as ‘global dimming’).

Although reductions in sunlight reduce photosynthesis, clouds and atmospheric particles scatter light so that the surface receives light from multiple directions (diffuse radiation) rather than coming straight from the sun. Plants are then able to convert more of the available sunlight into growth because fewer leaves are in the shade.

Scientists have known for a long time that aerosols cool climate by reflecting sunlight and making clouds brighter, but the new study is the first to use a global model to estimate the net effects on plant carbon uptake resulting from this type of atmospheric pollution.

Co-author Dr Stephen Sitch from the Met Office Hadley Centre (now at the University of Leeds) said, “Although many people believe that well-watered plants grow best on a bright sunny day, the reverse is true. Plants often thrive in hazy conditions such as those that exist during periods of increased atmospheric pollution."

The research team also considered the implications of these findings for efforts to avoid dangerous climate change. Under an environmentally friendly scenario in which sulphate aerosols decline rapidly in the 21st century, they found that by cleaning up the atmosphere  even steeper cuts in global carbon dioxide emissions would be required to stabilize carbon dioxide concentrations below 450 parts per million by volume.

Co-author Professor Peter Cox of the University of Exeter summed up the consequences of the study, “As we continue to clean up the air in the lower atmosphere, which we must do for the sake of human health, the challenge of avoiding dangerous climate change through reductions in CO2 emissions will be even harder. Different climate changing pollutants have very different direct effects on plants, and these need to be taken into account if we are to make good decisions about how to deal with climate change.”

Media enquiries about this work should be directed to the Centre for Ecology & Hydrology press office. A press release was issued to accompany publication of this paper.

Dr Stephen Sitch is a vegetation and climate modeller. He carried out this work while based at the Met Office Hadley Centre together with Dr Nicolas Bellouin and Dr Olivier Boucher. Dr Sitch is now based at the University of Leeds.

Dr Martin Wild is based at the Institute for Atmospheric and Climate Science at ETH Zurich in Switzerland.

This work was funded by the Natural Environment Research Council (though the CLASSIC programme), the UK Department for Environment, Food and Rural Affairs, the UK Ministry of Defence and the Swiss National Competence Centre in Climate Research. 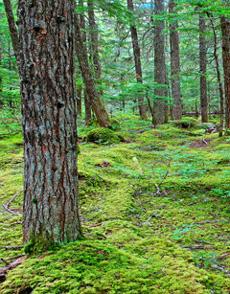 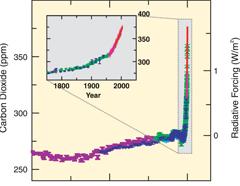