New research, led by the Centre for Ecology & Hydrology, suggests that plant respiration is a larger source of carbon emissions than previously thought, and warns that, as the world warms, this may reduce the ability of Earth’s land surface to absorb emissions due to fossil fuel burning.

The new findings, published in the journal Nature Communications today (November 17th) are based on the comprehensive GlobResp database, which comprises over 10,000 measurements of carbon dioxide plant respiration from many plant species and from across the globe.

Merging these data with existing computer models of global land carbon cycling shows that plant respiration has been a potentially underestimated source of carbon dioxide release to the atmosphere. The study shows that across the world, carbon release by plant respiration may be around 30% higher than previously predicted. As mean global temperature increases, the researchers also estimate that respiration will increase significantly. Such increases may lower the future ability of global vegetation to offset carbon dioxide emissions caused by burning of fossil fuels. 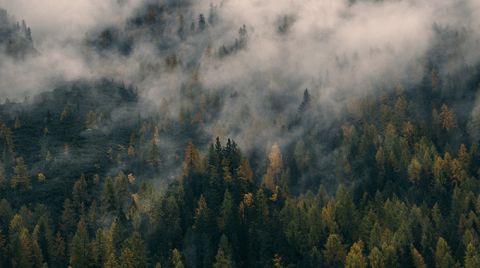 Lead author, Professor Chris Huntingford, of the UK Centre for Ecology & Hydrology said, "Plants both capture carbon dioxide and then release it by respiration. Changes to either of these processes in response to climate change have profound implications for how much ecosystems soak up carbon dioxide emissions from burning fossil fuels.

"We find that respiration losses of carbon dioxide by plant respiration is 30% higher than previous estimates, and is expected to increase more than expected under global warming.

"For too long, plant respiration loses of carbon dioxide to the atmosphere have been the Cinderella of ecosystem computer modelling, with carbon dioxide gains via photosynthesis stealing the attention. Here we address that, using extensive measurements of respiration to guide computer-based calculations of how carbon cycles through trees and plants."

"We find that respiration losses of carbon dioxide by plant respiration is 30% higher than previous estimates, and is expected to increase more than expected under global warming." Professor Chris Huntingford, Centre for Ecology & Hydrology

Professor Owen Atkin from the ARC Centre of Excellence in Plant Energy Biology at the Australian National University (ANU) said, "This study has been the result of an especially close collaboration over several years between field scientists, those who build computer models of how the global land surface operates, and researchers assessing expected future climate change.

"The study uses plant respiration data from over 100 remote sites around the world, from hot deserts in Australia, to the deciduous and boreal forests of North America and Europe, the arctic tundra in Alaska, and the tropical forests of South America, Asia, Africa and northern Australia."

Dr Anna Harper from the University of Exeter said, "These data, when incorporated into state-of-the-art carbon cycling models, provide unprecedented insights into the extent of global plant respiration, and how future climates may impact the overall ability of plants to take in carbon dioxide."

Dr Mary Heskel from the Ecosystems Center, Marine Biological Laboratory in Woods Hole, USA said, "We are now one-step closer to more accurately modelling carbon-exchange in ecosystems across the world. Indeed, the study provides the most informed picture to date of current and future carbon release from plants in terrestrial systems."

Dr Alberto Martinez-de la Torre, of the UK Centre for Ecology & Hydrology said, "The implications of plant respiration being 30% higher than previous estimates suggest a fuller review might be needed on how we model all carbon flows in and out of plants across the world.”