July 2013 was a month of contrasts with hot, arid conditions followed by a very unsettled period with intense downpours and localised, mostly urban, flooding, according to the latest update to the UK's most authoritative analysis of water resources status. 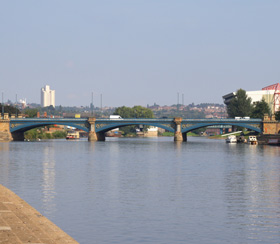 The analysis is contained in the latest monthly hydrological summary for the UK, covering the month of July 2013. The monthly summaries are produced by the National Hydrological Monitoring Programme, operated by the Centre for Ecology & Hydrology (CEH) in conjunction with the British Geological Survey.

The most notable heatwave since June / July 2006 saw evaporation demands and soil moisture deficits increase steeply through the first three weeks of the month, with woodland and heathland fires reported together with substantial increases in spray irrigation and domestic demand. Reservoir replenishment was very meagre until the fourth week, when a dramatic change in synoptic patterns heralded an unsettled period with intense downpours and localised, mostly urban, flooding.

Runoff rates recovered rapidly in most areas, helping to ensure that early August reservoir stocks were within 10% of the long-term average in most index impoundments. Nonetheless, July runoff totals were depressed in a number of responsive western and northern catchments: the Taw in Devon and Nevis (Scottish Highlands) recorded their lowest July runoff since the 1984 drought. Groundwater levels in most major aquifers are also within the normal late-summer range.

Terry Marsh of the National River Flow Archive said, "Although rainfall deficiencies for 2013 thus far are notable in some, mostly western, areas, the legacy of the exceptional 2012 rainfall has ensured the general water resources outlook remains healthy."

A PDF of the full 12-page July 2013 summary can be downloaded here. [NEED NEW INTERNAL LINK]