October was a relatively mild month in the UK but with a notably cold interlude – associated with the persistence of northerly and easterly airflows after the first week. The associated limited precipitation during mid-month is reflected in the October rainfall totals – most regions reported modestly below the 1971-2000 average. 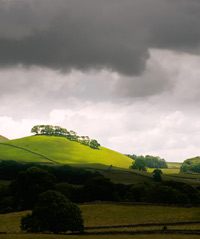 This analysis is contained within the latest monthly Hydrological Summary (for October 2010) produced by the National Hydrological Monitoring Programme, operated by the Centre for Ecology & Hydrology in conjunction with the British Geological Survey.

Nonetheless, with the benefit of declining evaporation rates, overall reservoir storage increased through October. For England and Wales as whole, storage is now around 5% above the early November average. There are however substantial regional contrasts: reservoir stocks are healthy throughout much of Wales, Scotland and north-west England but substantially below average in parts of south-west Britain. Many rivers were in spate early in the month and flood alerts were common but October runoff totals were generally well within the normal range; moderate medium term runoff deficiencies can still be recognised in some western and southern catchments.

The Summary states, “The residual impact of the 2010 rainfall deficiency is most evident in the below-average groundwater levels for October (in the southern Chalk particularly) but overall groundwater resources remain typical of the autumn. As is often the case, November rainfall totals will be particularly influential in determining the water resources outlook for 2011.”