Exposure to neonicotinoid seed treated oilseed rape crops has been linked to long-term population decline of wild bee species across the English countryside, according to research published today in Nature Communications.

The research, led by the Centre for Ecology & Hydrology using data provided by Fera Science Ltd and the Bees, Wasps and Ants Recording Society, examined changes in the occurrence of 62 wild bee species with oilseed rape cropping patterns across England between 1994 and 2011 - the time period spanning the introduction of wide-scale commercial use of neonicotinoids. 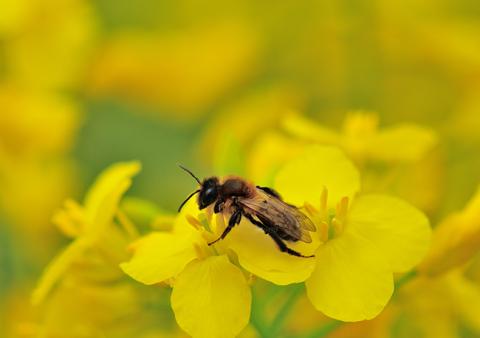 The scientists found evidence suggesting that neonicotinoid use is linked to large-scale and long-term decline in wild bee species distributions and communities.

The decline was, on average, three times stronger among species that regularly feed on the crop such as Buff-tailed bumblebee (Bombus terrestris) compared to species that forage on a range of floral resources, indicating that oilseed rape is a principle mechanism of neonicotinoid exposure among wild bee communities.

Neonicotinoids are a group of insecticide which can be applied to seed prior to planting. The active compound is expressed systemically throughout the growing plant so can lead to potential ingestion where pollinators feed on the pollen and nectar of treated crops. 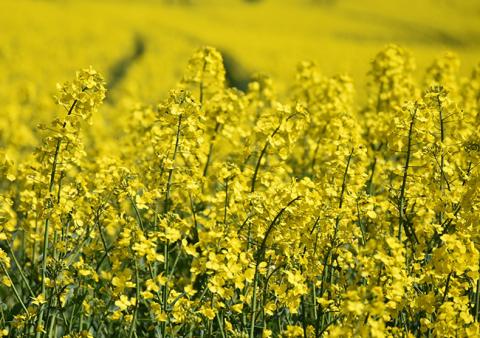 These findings add to previous small-scale and short-term exposure studies which have identified negative effects of neonicotinoids on honeybees and a limited number of commercially-bred wild bee species.

For five of the species investigated, including the spined mason bee (Osmia spinulosa) and the furrow bee (Lasioglossum fulvicorne), neonicotinoid use was equivalent to at least 20% of local population extinctions of wild bees

According to the researchers, the data suggest that neonicotinoid use is correlated with wild bee biodiversity losses at a national scales and has implications for the conservation of bee communities in intensively farmed landscapes. The results add to an extensive body of evidence that will inform the review of the risks neonicotinoid pesticides pose to bees being undertaken by the European Food Standards Authority and anticipated to be complete by January 2017.

Lead author, Dr Ben Woodcock, said, “As a flowering crop, oilseed rape is beneficial for pollinating insects. This benefit however, appears to be more than nullified by the effect of neonicotinoid seed treatment on a range of wild bee species.

"As a flowering crop, oilseed rape is beneficial for pollinating insects. This benefit however, appears to be more than nullified by the effect of neonicotinoid seed treatment on a range of wild bee species." Dr Ben Woodcock, Centre for Ecology & Hydrology

Dr Woodcock added, “Although we find evidence to show that neonicotinoid use is a contributory factor leading to wild bee species population decline, it is unlikely that they are acting in isolation of other environmental pressures. Wild bees have undergone global declines that have been linked to habitat loss and fragmentation, pathogens, climate change and other insecticides.”

Nick Isaac wrote a blog post explaining more about the statistics in the paper.