November was a remarkably mild month across most of the UK but synoptic patterns again conspired to produce a very substantial exaggeration in the North West/South East rainfall gradient across the UK.  Northern Ireland and western Scotland were wet with flood warnings widespread across Scotland late in the month.  However, with rainfall deficiencies now extending over two years, record late-autumn soil moisture deficits and depressed river flows, exceptional drought conditions now extend across large parts of central, southern and eastern England. 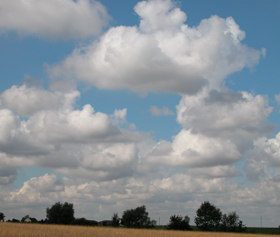 The above analysis is contained within the latest monthly hydrological summary (for November 2011) produced by the National Hydrological Monitoring Programme, operated by the Centre for Ecology & Hydrology in conjunction with the British Geological Survey.

Generally, reservoir stocks are healthy across most of Wales, Northern Ireland, and Scotland (where most large reservoirs are near to capacity).  But the lack of any sustained seasonal recovery in runoff rates has left stocks well below average in the English Lowlands and parts of the South West.

The seasonally very dry November soil conditions caused continuing problems for farmers and further delayed the seasonal recovery in aquifer recharge rates.  Consequently groundwater levels are depressed over wide areas with exceptionally low levels in the western Chalk.  With the window of opportunity for winter replenishment of water resources narrowing, measures to augment and conserve water supplies have been introduced in some areas.

Terry Marsh, from the Centre for Ecology & Hydrology said, “In the drought-affected areas, above average winter rainfall will be required through into the spring to ensure an adequate surface water and groundwater resources outlook in 2012."