Within the UK, March 2011 was provisionally the driest since 1961 for England & Wales, with very meagre rainfall totals in many central, southern and eastern areas – contributing to substantial accumulated rainfall deficiencies over periods of up to 16 months. 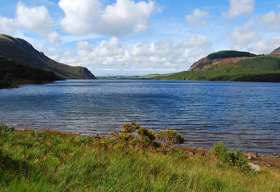 Reservoir stocks increased through March in a number of major impoundments in the English Lowlands but elsewhere, and contrary to the normal pattern, stocks in many reservoirs fell appreciably. Early April stocks were the lowest since 1996 for England & Wales as a whole, with the most notable anomalies in south west England. Nonetheless, stocks were within 10% of the early April average, and appreciably above drought minima, in all index reservoirs/reservoir groups across the UK.

The above analysis is contained within the latest monthly hydrological summary (for March 2011) produced by the National Hydrological Monitoring Programme, operated by the Centre for Ecology & Hydrology in conjunction with the British Geological Survey.

UK rainfall patterns in March can be pivotal in relation to the water resources outlook: with evaporation accelerating through the spring, an exceptionally dry month may signal the end of the aquifer recharge season and an early onset in the seasonal decline of reservoir stocks

Terry Marsh, from the Centre for Ecology & Hydrology, said, “Water resources held up well in March.  That said, the recent exceptionally dry 6-7 week spell - following a moderate rainfall deficiency since the autumn of 2009 - has come at a pivotal time for water resources. A dry April could lead to a significant deterioration in the resources outlook, so we need to keep a careful eye on things over the next few weeks.”

In general terms, water resources are resilient to the current scale of long term rainfall deficiencies but a dry late spring would increase the stress on resources and herald exceptionally depressed river flows during the summer. Careful monitoring will be needed to index any significant intensification of the nascent drought conditions over the coming weeks.