Within the UK February 2011 was notably mild with most areas registering above average rainfall – primarily the result of active Atlantic frontal systems which brought gales to many western areas. Most rivers were in spate during the first ten days of the month; flood alerts and, generally moderate, floodplain inundations were common. However, the winter (December to February) precipitation total for the UK was considerably below average (for the third successive year) with notable deficiencies in some western and northern areas. 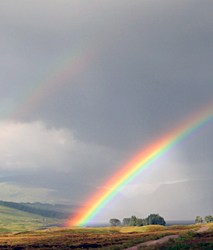 The above analysis is contained within the latest monthly hydrological summary (for February 2011) produced by the National Hydrological Monitoring Programme, operated by the Centre for Ecology & Hydrology in conjunction with the British Geological Survey.

The above average February rainfall and near-saturated soil conditions made for plentiful replenishment to reservoirs, and most aquifers, across the majority of the country. Although some modest drawdowns were required to moderate flood risk, reservoir stocks generally increased appreciably. Overall stocks for England &Wales rose to a little above the early-March average and stocks in the majority of upland index reservoirs were within 5% of capacity. In southern Britain, mostly in the South West, a few reservoirs remain below average but well above late-winter minima.

After a belated seasonal recovery, groundwater levels are within the normal range across most outcrop areas but still considerably below the early spring average in parts of the southern Chalk and in some wells in the Midlands. In those areas with significant long term rainfall deficiencies weather patterns in the early spring will be particularly influential in determining the water resources outlook.