The European Moss Survey has been monitoring heavy metal deposition from the atmosphere since 1990. Now researchers have carried out the first detailed analysis of factors affecting nitrogen concentration in mosses. The results have been published in the journal Atmospheric Environment. 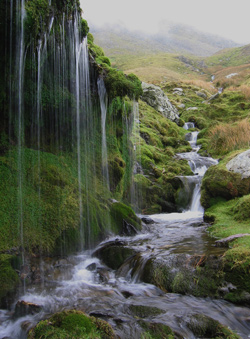 Since 2000 the European Moss Survey has been conducted by a special international programme (ICP Vegetation), which is coordinated by the Centre for Ecology & Hydrology in the UK. The main purpose of the survey is to map the distribution of pollutants in mosses across Europe, identify the most polluted areas and monitor trends over time. Twenty-eight European countries and over 6,000 sites were involved in the most recent survey.

ICP Vegetation is part of a UN Convention on Long-range Transboundary Air Pollution. This Convention provides the framework for controlling and reducing damage to the environment and human health caused by air pollution. ICP Vegetation looks at the effects of air pollutants on crops and other vegetation, and supplies some of the science that underpins emission reduction policies across Europe.

Dr Harry Harmens of the Centre for Ecology & Hydrology, Bangor, who is the Chair of ICP Vegetation and a co-author on the paper, said, “Mosses are reliable indicators of air pollution risks to ecosystems, because they get most of their nutrients direct from the air and rain, rather than the soil.”

“Mosses are reliable indicators of air pollution risks to ecosystems, because they get most of their nutrients direct from the air and rain, rather than the soil.”

Nitrogen pollution is a big threat to biodiversity, ecosystem services and human health. It can leach from soils into lakes and rivers and cause eutrophication (overfertilisation) – a state where too much algae starves the water of oxygen, with dire results for fish and other water life. Ecosystems dominated by mosses and lichens are amongst the most sensitive to nitrogen pollution. Because mosses are so good at absorbing nitrogen they prevent it from leaching into ground water, but if they get overloaded they quickly deteriorate. Some moss species are especially sensitive to increased levels of nitrogen. So mosses are ideal for monitoring trends in the deposition of pollutants over time and across difference places.

Dr Harmens added, “Monitoring pollutants in rain or airborne particles requires frequent sampling and is expensive, so it's only done at a limited number of sites across Europe. On the other hand, collecting mosses is relatively cheap, there are thousands of sampling sites across Europe, and scientists can get useful information by sampling them just every five years.” 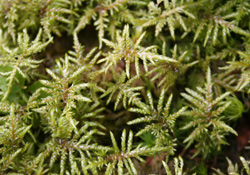 Within the study, the research team ran a series of statistical analyses to account for factors such as the moss species used or distance from emission sources, which might cause variations in the relationship between the amount of a pollutant in the atmosphere and the amount the moss has absorbed. They cross-checked their moss data against modelled air pollution data. This data is provided by European nations to another branch of the Convention – the European Monitoring and Evaluation Programme (EMEP).  The results were encouraging and confirm that mosses are reliable indicators of levels of airborne pollution.

Moss data provides a better geographic coverage than measured deposition data and can reveal more about actual atmospheric pollution at a local level. This is important for monitoring the condition of, for example, designated conservation areas such as the network of Natura 2000 sites, which was established by the European Union to protect Europe's most valuable and threatened species and habitats.

The study on nitrogen and moss (Schröder et al.) is published in Atmospheric Environment. A second study, on mosses and heavy metals results, (Harmens et al.) has recently been published in Environmental Pollution.

Report: Spatial trends in nitrogen concentrations in mosses across Europe in 2005/2006 [PDF]

Dr Harry Harmens is based at the Centre for Ecology & Hydrology’s research site in Bangor. Read more details about his scientific research.