Monthly rainfall totals were generally modest throughout the UK in September, contributing to significant rainfall deficiencies in the June-September period, according to the latest update to the UK's most authoritative analysis of water resources status. 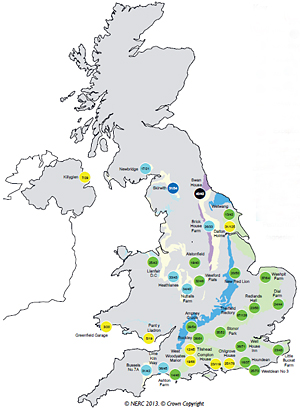 Despite groundwater recessions extending for at least seven months in some aquifers, groundwater levels generally remain close to the early autumn average. Seasonally modest reservoir stocks are noted in some areas. However, the overall water resources situation is healthy, although some areas may see a delay in the seasonal recovery of river flows and aquifer recharge rates.

The analysis is contained in the latest monthly hydrological summary for the UK, covering the month of September 2013. The monthly summaries are produced by the National Hydrological Monitoring Programme, operated by the Centre for Ecology & Hydrology (CEH) in conjunction with the British Geological Survey.