‘iRecord Ladybirds’, a free mobile phone app, is launched today to help monitor the impact of the invasive Harlequin ladybird on the UK’s native ladybird species.

The new app will enable people to contribute more easily to the UK Ladybird Survey whose results have already shown declines in native species such as the 2-spot ladybird in response to the arrival of the harlequin ladybird, first recorded in England in 2003. 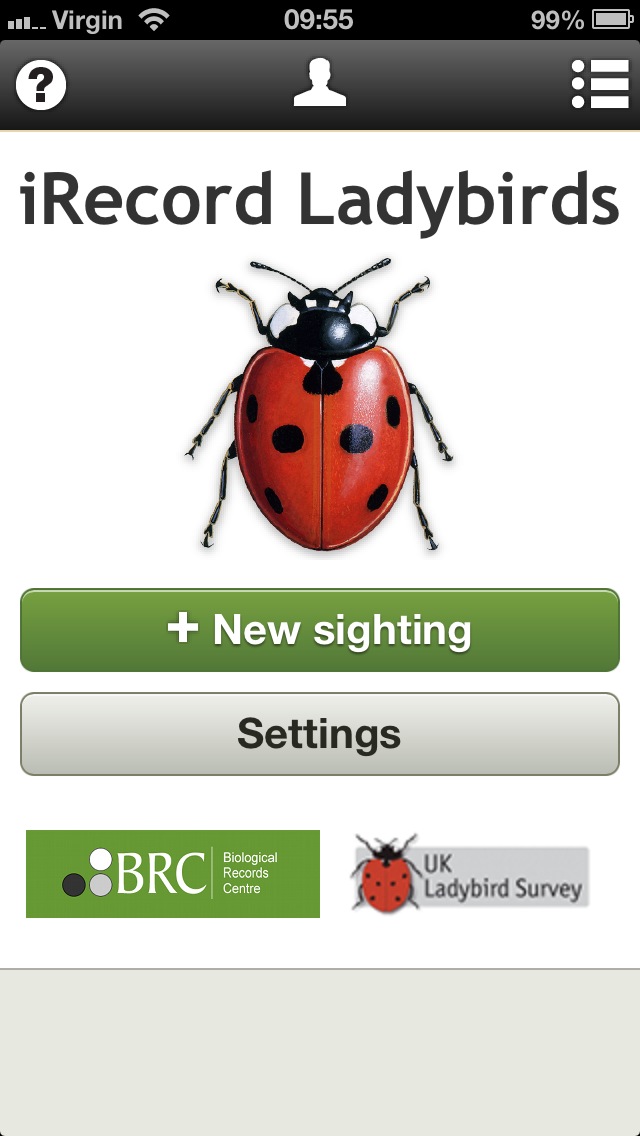 For many insects 2012 was a challenging year and ladybirds were no exception. Harlequin ladybirds and most native species were reported to the UK Ladybird Survey in lower numbers than previous years except for the mildew-feeding orange ladybird for which the number of records remained stable.

Tens of thousands of people have already contributed to the online UK Ladybird Survey and with continued help from the public using the new recording app, the Survey hopes to discover whether the UK’s native Ladybird species bounce back in 2013, as well as gaining further insights into the invasion process over the years to come.

Dr Helen Roy, of the Centre for Ecology & Hydrology (CEH), who works on the UK Ladybird Survey said, “I have been inspired by the number of people getting involved with the UK Ladybird Survey via email, online recording, twitter and traditional pen and paper – the observations they submit are invaluable.  With the new app we now have a further opportunity to continue monitoring the harlequin ladybird alongside other species to further our understanding of the invasion process.”

The app was produced by scientists at CEH working with the Nature Locator team at the University of Bristol. The app can be downloaded by searching for "iRecord Ladybirds" on the App Store app on your iPhone (Further details can be found on the iTunes Preview page). An Android version will also be available in the very near future*. 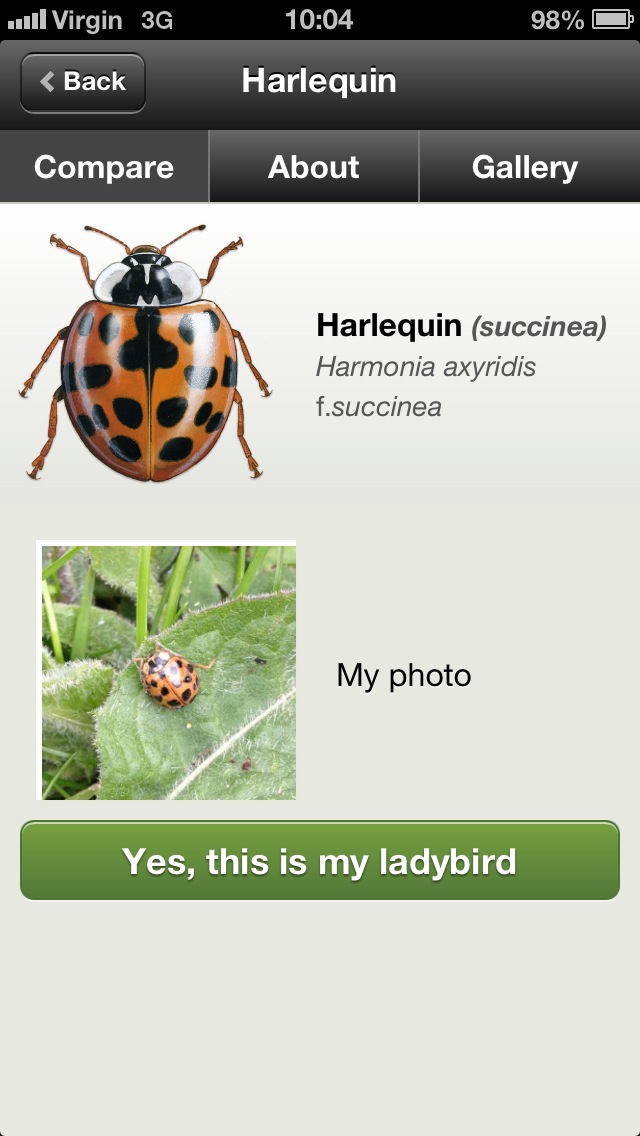 Dave Kilbey, Nature Locator project manager said, "Smartphone apps like this have the potential to transform the way we record and monitor wildlife populations owing to a combination of useful features such as GPS location fixing, help with making a correct identification and the ability to take and submit images with records. This makes submitted records more accurate than ever before and also enables them to be verified. In addition apps allow you to submit records the moment you spot something, which means there's no more getting distracted by the long list of chores you have to do when you return home."

Within the App each of the species has a distribution map and habitat information to give guidance on where they are most likely to be found.  Additional information, including photos and a simple id key, is provided to assist identification.

Prof Mark Bailey, Director of CEH said, "I am delighted to see this app launched. Together with new developments in recording technology, verification and analysis, apps like these complete the chain from citizen scientist on the ground to data users. The app will make a genuine contribution to advancing efficient and high quality recording of biodiversity. I'm looking forward to seeing further apps like this being released and used later this year."

Dr David Roy, Head of the Biological Records Centre at CEH, said, “Mobile apps offer exciting possibilities for collecting high quality wildlife sightings.  It is becoming ever easier for anyone to get involved in recording and make an important contribution to tracking changes to our natural environment.“

The development of the app was funded by the Natural Environment Research Council and the Centre for Ecology & Hydrology. Results from the project will be posted on the Survey website.

For hundreds of years people in Britain have been recording when and where they see plants, animals and other wildlife. For the last fifty years the Biological Records Centre within the Centre for Ecology & Hydrology has helped people to record many different species by working with over 80 national recording schemes covering plants and insects.

The UK Ladybird Survey is one such scheme. Launched in 1968, it collates and analyses records of ladybird species found across the UK, and maps their distributions. The information gathered is used by scientists to see how wildlife is changing due to factors such as climate change and the arrival of new species. Scientists could not do this work without the help of people across the UK reporting where and when they find a species.

To date people across the country have helped track the spread of the harlequin ladybird through an on-line recording system.  More than 50,000 records have been submitted and the information has shown that some native ladybirds are declining in response to the arrival of this alien species.

Adult ladybirds may be found at any time of the year, although more tend to be seen between March and September. Weather affects ladybird activity and it is best to look for them on a sunny day.

All ladybirds are terrestrial and searching plants is the best way to find them. Good habitats for ladybirds  include trees, hedgerows and low herbaceous plants such as nettles.

CEH issued a press release for this story

The app can be downloaded by searching for "iRecord Ladybirds" on the App Store app on your iPhone. Further details of the app can be found on the iTunes Preview page