A major upgrade to the industry standard UK flood estimation software is launched this week. WINFAP-FEH version 3 incorporates recent scientific advances to the Flood Estimation Handbook statistical methods, and offers improved functionality and ease of use. 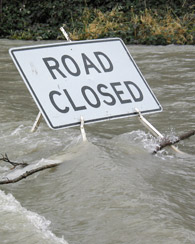 The Flood Estimation Handbook, originally published in 1999, encapsulates scientific developments originating from the work of the Centre for Ecology & Hydrology’s large team of flood science researchers over the last four decades. The Flood Estimation Handbook methods continue to form the basis of most work on flood frequency estimation in the UK, including flood mapping studies, flood risk assessments, the design of flood alleviation schemes, and methods for assessing the rarity of notable rainfall and flood events which are of particular interest to insurers.

The procedures have been adopted as standard practice by the Environment Agency and are used by many other organisations engaged in flood frequency estimation in the UK.

The new WINFAP-FEH 3 software has been developed under licence by Wallingford HydroSolutions Ltd, a spin-out company from the Natural Environment Research Council (NERC). The  scientific advances in the new software were funded by NERC and the Joint Defra/Environment Agency (EA) Flood and Coastal Management R&D program. The new version of WINFAP-FEH links to the EA’s HiFlows-UK website allowing quick assessment of gauging station quality and relevance.

To complement the latest WINFAP-FEH release scientists at the Centre for Ecology & Hydrology have also updated the FEH CD-ROM, the new version of which is also released this week. FEH CD-ROM 3 provides catchment data and rainfall depth-duration-frequency information for use in Flood Estimation Handbook procedures and has been extended to include three new flood plain descriptors, one of which is used within the WINFAP-FEH 3 software. Both new products will be distributed by Wallingford HydroSolutions. 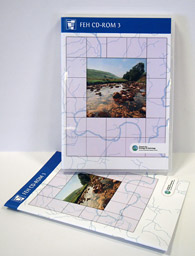 Lisa Stewart, Flood Estimation Handbook science leader at the Centre for Ecology & Hydrology, said, “Recent research at the Centre for Ecology & Hydrology has led to several improvements to the existing Flood Estimation Handbook statistical procedures for flood frequency estimation. The partnership with Wallingford HydroSolutions has allowed the rapid incorporation of these new scientific developments into WINFAP-FEH 3. We have also updated the datasets on the FEH CD-ROM to support the new WINFAP-FEH release."

"Both developments will aid the user community in improving the reliability of flood frequency estimation in the UK."

"As well as incorporating the latest science the new release of WINFAP-FEH also includes significant improvements to the functionality of the software, many of which have been suggested by the ever expanding user base of WINFAP-FEH."

Wallingford HydroSolutions (WHS) was founded in 2004 by the Natural Environment Research Council (NERC) as a spin-out consultancy company based at the Centre for Ecology & Hydrology (CEH) in Wallingford. WHS is the licensed developer and supplier of the FEH WINFAP and ReFH modelling packages and distributes FEH CD-ROM 3 on behalf of the Centre for Ecology & Hydrology.

Predicting the risk of flood - Science writer and broadcaster Sue Nelson spoke to Dr Nick Reynard, head of CEH's risk analysis and modelling group, to find out more about the science behind predicting flood risk. Listen to the podcast on Planet Earth Online.