The water quality of Loch Leven in Scotland is the best it has been for more than 20 years, according to work carried out by the NERC Centre for Ecology & Hydrology (CEH) for Scottish Natural Heritage (SNH).

In a new report entitled “Water Quality Monitoring at Loch Leven 2008-10” CEH scientists reveal that levels of pollution, caused by excessive amounts of phosphorus entering the loch, have been falling over the last two decades. This has led to improvements in water clarity, an increase in numbers and diversity of aquatic plants and improved habitats for fish and birds, such as the Pochard, whose numbers have risen at Loch Leven despite declining across Scotland as a whole. This has been mainly attributed to the increased abundance of suitable food plants.

The situation is vastly different to June 1992 when Loch Leven was visibly blighted by a serious algal bloom that attracted extensive media attention in an event that became known as “Scum Saturday”.

Loch Leven has been monitored by CEH since 1968 and the data collected have helped identify the main causes of water quality problems at the site. As well as high phosphorus inputs, these have included occasional pesticide pollution and climate change. The data also show that some of the worst water quality conditions were recorded in the late 1980s and early 1990s, when pollution levels were high, while some of the best have been recorded over the last five years.

In recent years, the recovery process has been helped by a series of wet summers that have increased the rate at which nutrients and algae are flushed from the loch.

The long-term record of phosphorus concentrations clearly shows that the loch has undergone a slow, if sometimes erratic, recovery in response to measures put in place across the catchment over the last 20 years. These have included the upgrade of waste water treatment works in Kinross and Milnathort by installing phosphorus scrubbing facilities, the introduction of strict controls on private waste water treatment systems for new building developments in Kinross-shire, and good agricultural practices being promoted to reduce soil, manure and fertiliser run-off.

Dr Linda May, Deputy Director of the Water Science Programme at CEH, who has led the monitoring at Loch Leven for the last 15 years, said: "The long-term monitoring programme has given us a good understanding of the links between pollution, climate change and ecological response and this has ultimately led to better water quality. As an added bonus, the lessons learnt are helping managers improve shallow lakes across the world."

Occasional algal blooms are a natural phenomenon in shallow lakes, especially under warm, dry and calm weather conditions. So, although water quality problems may still occur at Loch Leven from time to time, the marked overall improvements in water quality, compared to 20 years ago, should ensure that any future algal blooms are less damaging than those that used to occur when pollution levels were high.

Loch Leven is Scotland's largest lowland loch and one of the most important sites for waterfowl in Britain. Its unique environment attracts not only the largest inland concentration of breeding ducks anywhere in the UK, but also thousands of migratory ducks, geese and swans every autumn and winter.

It was made a Site of Special Scientific Interest (SSSI) in 1956 for its large number of wildfowl, and the outstanding number of higher plant species and rare insects that it supported. In 1964, the loch was designated as a National Nature Reserve and in 1971 it was also declared a Ramsar site in recognition of its importance as a wetland system that has international importance as an overwintering site for waterfowl. More recently, the loch became a Natura 2000 site, forming part of an international network that aims to protect natural habitats and rare species. The loch also supports a world famous trout fishery that began in the 1800s.

CEH recently published the results of long-term research at Loch Leven in a special issue of the international journal, Hydrobiologia, entitled "Loch Leven: 40 years of research". This research makes Loch Leven one of the best studied water bodies in the world.

The full report, “Water Quality Monitoring at Loch Leven 2008-10”, can be downloaded from the Scottish Natural Heritage website.

Scottish Natural Heritage issued a press release for this story. 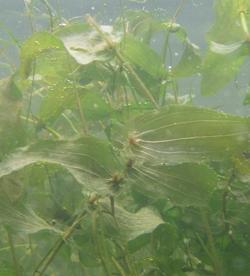