The UK’s National River Flow Archive has doubled the number of easily accessible river flow datasets available through its website. The changes take the total number of gauging stations where daily flow data is freely downloadable to just under 400. 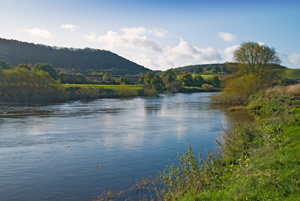 Dr Harry Dixon, the hydrologist at the Centre for Ecology & Hydrology who led the data release initiative, said, “The information launched today doubles the number of UK river flow datasets available for free download from the web. This development is a major step forward in making it easy for policymakers, academics, the private sector and schools to access key data on our nation’s rivers. Today’s release is of particular importance at a time of greatly enhanced scientific, public and political interest in river flow patterns.”

River flow data are collected across the UK from a wide range of catchments, reflecting the diversity of the nation’s rivers.  Easy access to high quality data is vital to the sustainable exploitation of UK water resources, helping to alleviate flood and drought risks, and improving the ecological health of our rivers. The National River Flow Archive, operated by the Centre for Ecology & Hydrology, provides a centralised source of flow data and information for rivers across the country.

The longest dataset released this week is for the Woodend gauging station on the River Dee in Scotland. The site was set up in 1929 by Captain W.N. McClean, one of the early pioneers of UK river flow measurement. One of the largest rivers included in the current data release is for the River Severn, which drains a large part of central Wales and the English Midlands.

"This development is a major step forward in making it easy for policymakers, academics, the private sector and schools to access key data on our nation's rivers."

The changes mean that daily flow data from the majority of the stations in the ‘UK Benchmark Network’ are now downloadable from the NRFA website. This benchmark network of ‘near-natural’ catchments is regularly used for studies of long-term variability and changes in river flow patterns, enhancing understanding of the relationship between river flow trends and climatic changes.

The data release is the result of a joint initiative between the NRFA and its major data providers, including the Environment Agency, Scottish Environment Protection Agency and the Northern Ireland Rivers Agency. Over the last three years hydrologists at the Centre for Ecology & Hydrology, which hosts the NRFA, have carefully evaluated more than 8,000 station years of data, leading to significant updates to the historical data archives held by both the NRFA and operational measuring authorities.

Professor James Curran, Director of Science & Strategy at SEPA, said, “SEPA has been pleased to collaborate with the Centre for Ecology & Hydrology in the vital work of extending the range of high quality river flow datasets available via the National River Flow Archive website.  At a time of increased pressure on public funding it is even more important that the maximum possible benefit is obtained from the often hidden work which is put in by both CEH and the measuring authorities in maintaining this nationally important archive.  SEPA and Scotland at large benefit enormously by having such a high quality dataset available to support effective protection of our environment.”

The NRFA has an ongoing programme of data validation, improvement and release, driven by a long term ambition to make all of the archive’s data openly accessible to potential users.

Gwyn Rees, Director of the Environmental Information Data Centre at the Centre for Ecology & Hydrology, said, “Integrated environmental science relies on access to high quality data from long-standing monitoring activities. This data release initiative is part of the Centre for Ecology & Hydrology’s drive to make data more readily accessible and reusable, something that is at the heart of our Science Strategy.”

More information on Captain W.N. McClean can be found in issue 42 of SEPA View, published in Spring 2009 or in the following publication: Werrity, A. “The McClean Hydrometric Data Collection” (PDF, 405kb), available from the NRFA. [NEED NEW INTERNAL LINK]

The National River Flow Archive collates, quality controls and archive data from gauging stations across the country in order to provide a permanent national record of river flows in the UK. The management of hydrological data within the UK has been undertaken within a number of institutions since the 1930s, with the NRFA housed at the Centre for Ecology & Hydrology since 1982. The NRFA provides data, information and advice to a wide range of users including researchers, consultancies, schools, other public bodies, UK government and international initiatives. The archive is supported by Defra, the Scottish Government and Welsh Assembly Government. The full NRFA archive consists of daily river flow data for 1450 gauging stations across the UK.

The data release and validation project is a joint initiative between the NRFA and its data providers. Project funding came from the Natural Environment Research Council and the data providers. Data was collated at the NRFA from records collected by the UK measuring authorities (primarily the Environment Agency, Scottish Environment Protection Agency and the Northern Ireland Department of Agriculture and Rural Development’s Rivers Agency).