Ibuprofen levels in some rivers could adversely affect fish health

Research led by the University of York and involving the Centre for Ecology & Hydrology (CEH) suggests that many rivers contain levels of ibuprofen that could be adversely affecting fish health. 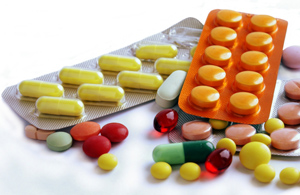 Using a new modelling approach, the researchers estimated the levels of 12 pharmaceutical compounds in rivers across the UK. They found that while most of the compounds were likely to cause only a low risk to aquatic life, ibuprofen might be having an adverse effect in nearly 50 per cent of the stretches of river studied. The results of the study, which involved Dr Virginie Keller and Richard Williams of CEH, with York’s Environment Department, F. Hoffmann-La Roche Ltd (Switzerland) and the Food and Environment Research Agency (Fera), are reported in the journal Environment International. In what is believed to be the first study to establish the level of risk posed by ibuprofen at the country scale, the researchers examined 3,112 stretches of river which together receive inputs from approximately 21 million people. Professor Alistair Boxall, from the University of York’s Environment Department, said, "The results of our research show that we should be paying much closer attention to the environmental impacts of drugs such as ibuprofen which are freely available in supermarkets, chemists and elsewhere." The researchers developed a combined monitoring and modelling approach that takes into account factors such as the non-use of prescribed drugs by patients, and addresses differences in metabolism in individuals who are using a drug.

The new approach also accounts for removal processes in the local sewerage network and for differences in the effectiveness of different wastewater treatment technologies. In this way, it provides more accurate estimates of the concentrations of compounds entering rivers than previous modelling approaches. Richard Williams said, "CEH used its LF2000-WQX model to make the predictions of the likely concentrations of the selected drugs, calibrated against data collected by the University of York." "When we compared the results of our modelling with available peer-reviewed monitoring data for pharmaceuticals in the UK, we were delighted at the close agreement between the modelled and measured data." Professor Boxall added, “While our study focused on pharmaceuticals, the approach we have developed could also be valuable in assessing the risks of other ‘down the drain’ chemicals and could help inform our understanding of the important dissipation processes for pharmaceuticals in the pathway from the patient to the environment."

The University of York issued a press release for this story.