Monthly precipitation totals were mostly within the normal range across the UK in January but sustained frontal rainfall, often augmented by snowmelt, in the final week of the month triggered a further episode of extensive floodplain inundations. The April 2012-January 2013 period is the wettest on record for England & Wales. 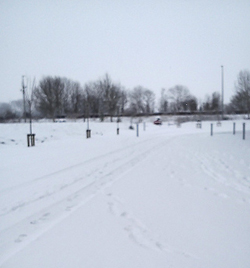 The analysis is contained in the latest monthly hydrological summary for the UK, covering the month of January 2013. The monthly summaries are produced by the National Hydrological Monitoring Programme, operated by the Centre for Ecology & Hydrology (CEH) in conjunction with the British Geological Survey.

Summary lead author Terry Marsh, from CEH, said, “After the wettest April-January on record for England & Wales, the water resources outlook is very healthy but many areas will remain vulnerable to both fluvial and groundwater flooding through the remainder of the winter at least.”

The latest Monthly Hydrological Summary for the UK gives details of:

A PDF of the full 12-page UK Hydrological summary for January 2013 can be downloaded here.