Feature: Side effects: chemotherapy drugs and the environment

Could drugs used routinely in chemotherapy treatments find their way into the UK's streams and rivers? Dr Andrew Johnson from the Centre for Ecology & Hydrology investigates...

Globally, we consume and excrete tens of thousands of tonnes of chemicals every day. We have little idea how some of these chemicals affect the environment after we discard them, or flush them down the drain. Some drugs are potentially more harmful to the environment than others. 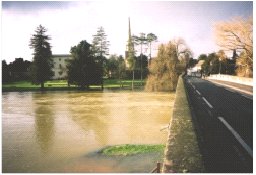 Pharmaceuticals are by design biologically active at low doses, making them a particular cause for concern. A proportion, perhaps 20 per cent, of the pharmaceuticals consumed, including those administered to livestock and pets don't get broken down by our bodies; they flow unchanged into sewage treatment plants and on to rivers.

In 2005, water quality scientists at the Centre for Ecology & Hydrology in Wallingford, Oxfordshire began reviewing the issue of pharmaceuticals in rivers and their potential threat to wildlife and human health. Our preliminary analysis into the most toxic class of pharmaceuticals - cytotoxic chemotherapy drugs - reveals that there is a theoretical risk these chemicals could reach UK drinking water.

The UK is a densely populated small island. Its small rivers allow limited dilution of any chemical that enters them. Because of this, aquatic life here faces more risk of exposure to pharmaceuticals than in most other developed nations.

We wanted to focus our research on the most potent, rather than the most consumed, pharmaceutical. This led us to the family of cytotoxic chemotherapy drugs designed to kill rapidly growing cells such as those in a cancer tumour. Due to their disruptive action on DNA replication, practically all living things could be harmed by these drugs. 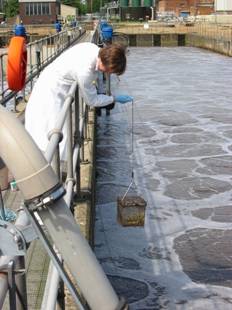 In rivers, any place where cells are dividing very rapidly, such as, invertebrate young and developing vertebrate eggs, could be particularly vulnerable. This is because these drugs are potentially mutagenic (damage genes), carcinogenic, embryotoxic and teratogenic (causes defects in the developing embryo).

The demand for chemotherapy treatment continues to increase by approximately ten per cent a year. Given the large numbers of cytotoxic drugs used in chemotherapy, it is important to know more about which ones make it into our river systems and in what concentrations.

Our NERC-funded workshop brought together a wide range of experts who would not normally be found in the same room. These included a water treatment consultant, a representative from the pharmaceutical industry, hospital pharmacists, pharmacologists, public health and regulatory experts, a paediatrician, an epidemiologist, water quality experts and a fish biologist.

We established that over 50 cytotoxic drugs are used routinely in chemotherapy in British hospitals. The trend is towards higher, more efficacious doses. This is because of medical sciences' increasing ability to control the unpleasant side-effects of these drugs.

To get an indication of the likely fate and behaviour of cytotoxic drugs, we selected one for closer examination. One of the most widely used cytotoxic drugs is 5-fuorouracil (5FU). This is a common treatment in breast and colon cancer. Like many cytotoxic drugs, 5FU is soluble in water. This helps the body remove it efficiently. The bad news is, this very same property also reduces the chances of the sludge in sewage treatment plants from removing the drug from water.

The existing literature suggests many cytotoxic drugs biodegrade poorly. German researchers have measured high concentrations of cytotoxic drugs in the sewage effluent of works close to hospitals in Germany.

So how much 5FU might be entering Britain's river systems? First we needed to find how much is used every year. But trying to get hold of chemotherapy drug usage data from our local cancer treatment hospitals proved well nigh impossible. After many letters and interviews, I discovered two reports: an unpublished Health and Safety Executive report and one from Department of Health which included useful consumption data.

Careful examination of these reports suggested the UK health services are using around 2700 kilograms of 5FU and its precursor drug every year. By comparison, the UK consumes around 45kg of the active ingredient of the contraceptive pill, ethinyloestradiol, a year, which scientists believe is the principal culprit behind endocrine disruption in fish - the chemical interferes with hormone function.

To look at how far 5FU could spread through the water system, we made a few assumptions. We assumed that the drug would mainly turn up in rivers close to larger residential areas rather than close to hospitals. This is because, while the drugs are administered in outpatients departments, they are largely excreted over one or two days - when the patients return home. We assumed excretion of ten per cent of the original drug and no removal in sewage treatment plants. From this, we estimated a litre of UK sewage effluent might contain 50 nanograms of 5FU.

To get a feel for UK river water concentrations, we used this estimate of 5FU concentration in a geographical information systems (GIS) hydrology model which models the rivers Aire and Calder catchment in North Yorkshire. The model knows the size, location and flow of every major sewage works within the catchment.

The model predicts that river water concentrations of 5FU in the urbanised reaches of this catchment are between 5-50 nanograms per litre (ng/L). In particular, it predicts long stretches of the River Aire from below Bradford to Castleford would have levels in excess of 20ng/L during low flow summer periods. While these concentrations are still low, the endocrine disruption issue has shown that harmful effects can occur if the chemical is potent and susceptible organisms, or those with vulnerable life stages, are exposed.

No evidence for 5FU in drinking water

In parts of the UK, river water downstream of sewage treatment works is treated, extracted and becomes drinking water. There is a high probability that treatments such as ozonation, activated charcoal and chlorination would remove many cytotoxics, but no definitive data exists to confirm this yet. Previous research has shown these purification techniques don't always remove 100 per cent of pharmaceutical contaminants, particularly when the source water contains many other natural organic molecules.

We have no evidence that these particular drugs are entering the drinking water supply, but we conclude that there is at least the theoretical risk of low level contamination by cytotoxic drugs. It is highly unlikely that concentrations below the nanograms per litre level would represent a risk to adults, however, the developing human embryo inside a pregnant woman could be particularly vulnerable to minute amounts of these agents as they would be able to pass through the gut and placenta.

No one is denying the enormous benefit society derives from cytotoxic drugs, but that is not an argument for saying we should be ignorant of their effects (if any) on the environment. Our initial investigations suggest further research is needed.

This article was written by Dr Andrew Johnson, a water quality scientist at the Centre for Ecology & Hydrology, Wallingford, Oxfordshire and originally published in the Summer 2008 edition of Planet Earth, NERC's award winning quarterly magazine.