For the UK as a whole, the provisional January-May rainfall total was the lowest since 1964. The dry weather is reflected in reservoir stocks – currently standing at the lowest overall early-June stocks since 1991 – and river flows, where flow recessions through the late spring have been exceptionally steep. 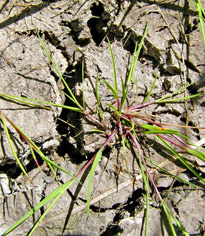 The analysis is contained within the latest monthly hydrological summary (for May) produced by the National Hydrological Monitoring Programme operated by the Centre for Ecology & Hydrology in conjunction with the British Geological Survey.

The May Hydrological summary states that the continuing dearth of rain-bearing Atlantic frontal systems resulted in a notably dry May and, more significantly, increased medium term rainfall deficiencies across most of the country. This has had a significant impact on reservoir stocks and river flow levels.

Overall reservoir stocks for England & Wales are currently around 85% of capacity (about 5% below the long-term average). Stocks are generally well within the normal range in the English Lowlands but are seasonally low in index reservoirs from central Wales to parts of western Scotland, and the lowest for early June since the 1984 drought in a group of major reservoirs in north-west England.

River flow recessions through the late spring have been exceptionally steep and flows approached seasonal minima in many impermeable catchments towards the end of May. Generally, groundwater resources are much less vulnerable to a dry spring. Groundwater levels are near-average across most major aquifer outcrop areas and groundwater will have an important role in moderating drought impacts in the event of meagre rainfall through the summer.

The Centre for Ecology & Hydrology jointly operates the National Hydrological Monitoring Programme in conjunction with with the British Geological Survey. NHMP scientists produce the UK Monthly Hydrological Summary which assesses rainfall, river flows, groundwater and reservoir levels. They also operate the National River Flow archive. The NHMP also has a remit to analyse major flood and drought events in the UK and analyse long term trends in UK hydrological data.

Latest monthly hydrological summary for the UK - May 2010 (PDF)